This is the Dream Where I Click the Photo 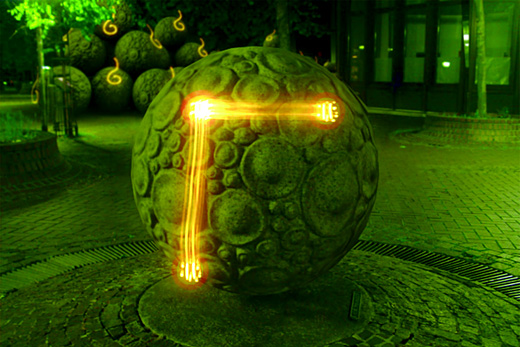 HIGH Watching the intended solution to the second stage.

WTF No seriously, WTF is happening?

Live photography and video footage don't see a lot of use in games. It isn't really that surprising, since the sight of something from the real world inside of a game world is usually pretty jarring foe me, no matter how lifelike and detailed the game world may be. Still, well-made photography has always impressed me, and Trauma uses real images in a way I've never seen before in a game.

Trauma from independent German developer Krystian Majewski, follows a young woman struggling to regain her memory after a car accident. Each stage consists of a "dream" in which the player has to reconstruct parts of her past by sorting through a series of photographic images. While there is a stated goal in each stage (i.e., messages at the beginning of the stage like "this is the dream where I chase the ghost"), there are also several hidden solutions for the player to find on one's own. Figuring these alternate endings out can be tricky, but I appreciated the additional depth they brought to the game.

A classic point-and-click style adventure game, Trauma does what just about every successful point-and-click adventure game made in the past few years has done—take the standard adventure formula, and jazz it up with a unique story and/or artistic style. This particular art style uses a series of still 2D images to make up a game world. The photos all seam together flawlessly with some artificial 3D effects to make a very good looking product. Trauma also uses an interesting gesture-based interface, where the player draws a figure on the screen to perform certain actions and solve puzzles. This is highly reminiscent of the touchscreen on the Nintendo DS, and it fits the game well.

However, the narrative hooking the series of dreams together can be VERY abstract, to the point that figuring out what everything is supposed to mean can be difficult. While a person's dreams during recovery from serious injury are no doubt strange and difficult to decipher, a bit more tie-in between the various stages would have been nice.

Trauma sets out to be unique and stylish above all else, and it certainly achieves those things. However, I found it hard to truly get invested in what was happening because of the veil of vagueness surrounding the whole game. Still, style and aesthetic definitely count for something, and in an adventure game they count for a lot. I enjoyed myself without question, but I think something like this with just tad more concreteness to it could be a real hit. Rating: 7.0 out of 10.


Disclosures: This game was obtained via publisher and reviewed on the PC. Approximately 3 hours of play was devoted to single-player modes (completed 1 time). There are no multiplayer modes.

Parents: At the time of this writing, this game has not been rated by the ESRB. Younger children might get a little spooked by some of the visuals (especially the car crash at the beginning), but otherwise I didn't see anything to worry about.

Deaf & Hard of Hearing: You should be fine. Every relevant spoken line is subtitled, and audio isn't a major gameplay factor.