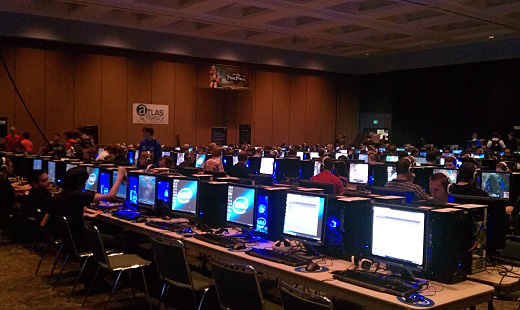 The third day of PAX was a lot more casual than the first two. I didn't have any appointments, so all of my time on the convention floor was dedicated to wandering around aimlessly and sampling what the convention had to offer. This is where I really wish I had spent my time more wisely, as there was a lot that I missed that I probably could have gotten to had I been more organized. Still, I got to taunt a dead Heavy in Team Fortress 2 on a giant screen, so that counts for something, right? 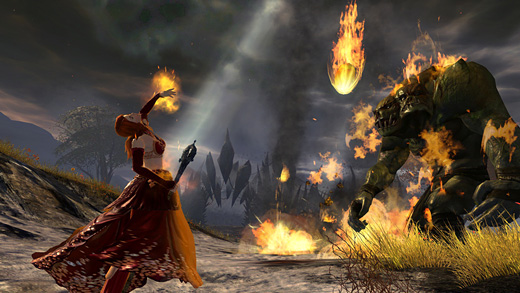 As a result of hanging out with some more MMO-oriented friendlies, I caught one of the Guild Wars 2 demonstrations. I did play a bit of the original Guild Wars back in the day, but not enough to be considered a serious player. What I saw was solid and seemingly well put together, but still didn't entice my MMO-averse gaming tastes the way that Secret World did. 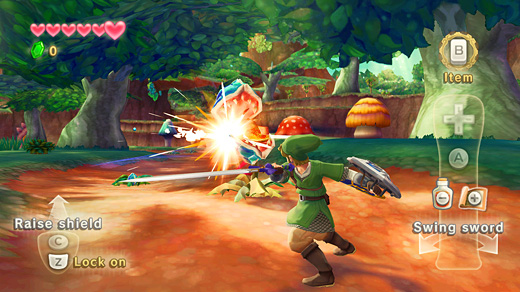 The Legend of Zelda: Skyward Sword

I only saw some brief gameplay footage while I was waiting for the Guild Wars 2 demo, but what I did see was essentially Twilight Princess with a less gloomy atmosphere. The game certainly didn't look bad by any means, but it still had the air of stagnation about that the Zelda franchise has been stricken with since the N64 days. Still, this might be the very last reason for me to dust off my Wii and hook it up. Also, the fact that the Wii is still a non-stop source of sexual innuendos after all this time amuses me greatly.

During the waning hours of the convention I scouted the upper floors to see what I had been missing. The reputation of PAX has always been that of a more casual alternative to the members-only attitude of E3, and that is probably best exemplified by all the space dedicated to simply sitting down and playing games with fellow PAXers. My lack of experience with tabletop games kept me away from that section, but I did spend some time in the console and PC areas. Most of the console titles I wanted to look at were always in the hands of someone else, but I did spend a bit of time with Dynasty Warriors 7, the latest in the pet series of @chikonglui. It has a pretty cool method of switching back and forth between weapons. I'll leave it at that.

Finally, I went over to the PC area and sat down for some quality Team Fortress 2 time. I haven't been to a proper LAN party in ages, so the prospect of playing with people who were actually in the same room as me was appealing. Despite some immature players spamming on the voice chat, a good time was had by all, and I even managed to get some time up on the large projector screen that was showing the perspective of an enemy heavy when I wrenched him to death. My ensuing laugh taunt was perhaps my finest hour as a human being.

I had a great time at PAX. Being my first-ever convention it was definitely a learning experience, but I had fun. I'm considering going to PAX East next year if money/vacation time allows, but rest assured I will be coming back to some form of PAX in the future.