Today was my first real gaming convention. I'd be lying if I said it wasn't a little overwhelming at first, but after a while I got used to the big crowds and managed to take in some of the sights and sounds. Obviously I didn't get to see everything I wanted, but I did get to spend quite a bit of time with some of my most anticipated games, and even discovered some gems that I hadn't heard of.

First off, I finally got to meet fellow GameCritic Brad Gallaway (Twitter @bradgallaway) and his wonderful wife, Gina (@ginagallaway). They graciously escorted me around their domain of Seattle, showering me with lavish gifts like tacos and ice cream. Their young son even took a liking to me, which was terrifying beyond description. Also around was another (soon to be) fellow GameCritic, Kristin Taylor (@gelles22), who demonstrated the appeal of Dance Central 2 with precision skill. Also of note was her wonderful Gnome costume-rocking companion, @invisibleinkie. But enough gushing. To the games! 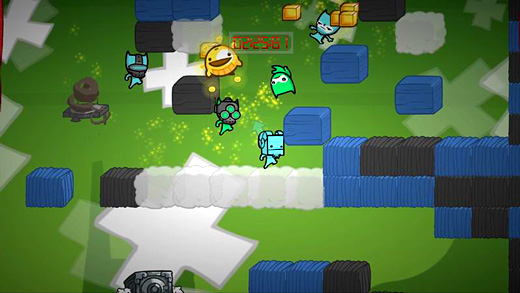 A 2D co-operative platformer, I hadn't hear much about this before the show, but I'm a big fan of The Behemoth's last work, Castle Crashers. This game keeps the same distinct art style that Behemoth is known for, and the levels I saw were very interesting. No release timeline yet, but I'll be keeping my eye on this one.

The follow-up to 2008's Batman: Arkham Asylum, this was one of the demos I was really looking forward to, and I wasn't disappointed. The game retains the successful control scheme and basic setup that Arkham Asylum used, and now takes place in a giant city as opposed to the more confining Arkham Asylum. Flying around the city was a big thrill, although I'm not certain how well the Catwoman sequences will work, since the gameplay differences between her and Batman weren't apparent at first glance. Still, the experience of being Batman is a winner under almost any circumstance, so this one is still a day one buy for me. 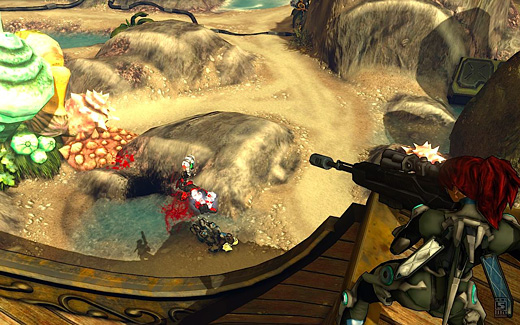 Another game I had never heard of before the show, Firefall is a team based third-person shooter in the Team Fortress 2/Tribes mold. I played one match and everything felt solid. I was able to pick up the nuances of the different classes quickly, and gameplay is very smooth and satisfying. Firefall had one of the biggest presences in the entire show, so I expect we'll be hearing a lot more about it in the coming months. 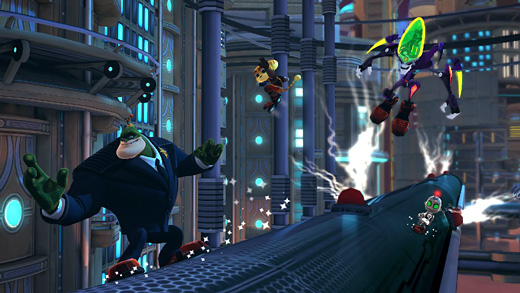 I'm a bit iffy on this one. I'm certainly a fan of the Ratchet & Clank franchise, but its past few entries have felt a bit flat compared to its golden years on the PlayStation 2. The demo I played didn't do much to alleviate that feeling, although the prospect of four player co-op in the Ratchet & Clank world is intriguing, and the series' trademark wit and style are still very much present. Ratchet & Clank has never truly let me down before, so we'll see how this turns out. 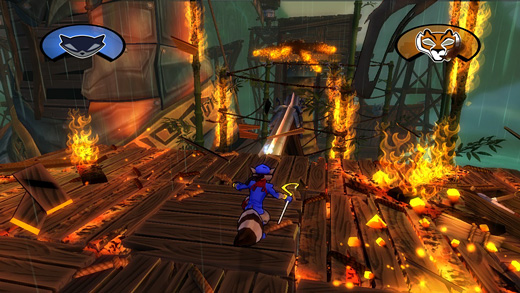 I didn't get any hands on time with this, and only saw a very short demo. However, the look and feel of the PlayStation 2 Sly Coopers seems intact, and the cartoony art styles look absolutely gorgeous on the PlayStation 3. I'm still wanting to see more of what it has to offer, but it looks like the transition away from developer Sucker Punch to Sanzaru hasn't hurt a thing. 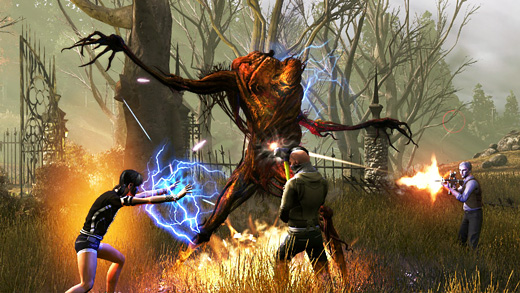 A long awaited massively-multiplayer online game from The Longest Journey developer FunCom, Secret World scratches a particular itch I've had concerning games set in more contemporary worlds instead of standard sci-fi/fantasy universes. There was no hands-on time available with the game, but the demo was fairly impressive, especially in the idea of not having classes or levels. Every time I've been excited about an MMO I've always been let down, but maybe, just maybe, this will change that.

That's it for day one, I'll have additional write-ups of everything else I manage to get my grubby paws on in the coming days. Until then, adios!