First off, allow me to introduce myself as this is my first "official" blog post. The name is Richard, and I've been here about two months and it's been fantastic so far. I think that's enough about me for now, so let's talk about something that's actually cool.

Recently I reviewed Aquaria, a fantastic title from indie developer Bit-Blot and winner of top honors at the 2007 IGF awards.

Aquaria is currently available only on the PC and Mac, through both their website and Steam download. The minds behind the game, Alec Holowka and Derek Yu, were kind enough to speak with me about their work and their company.

What are some of your favorite games, and how did they influence you when working on Aquaria?

Derek Yu: Zelda and Final Fantasy influenced me, too.  Visually, I drew some   inspiration from really lush 2D games like Legend of Mana, Castlevania: Symphony of the Night, and Princess Crown/Odin Sphere.  There are a ton of games that I've played or recalled over the years that are not personal favorites that probably also influenced some of my design.  Like… James Pond.  Or maybe Shadow of the Beast. And some shoot 'em ups.

How did you come up with the idea for Aquaria's setting and the character of Naija?

AH: Since an early age I had been trying to create an RPG that reminded me of the fun experiences I had with Final Fantasy VI. I read an article about Ron Gilbert that suggested (jokingly) to take one of your favorite game concepts and set it underwater. In this case, it actually lead to some pretty cool inspiration.

Naija's character changed a bit over development, but she was always kind of based on a fusion of our more curious personality traits. I think she's a pretty vulnerable character, and that makes the game's story more interesting. My personal experience with creating Aquaria involved a lot of stretches of time in which I felt very lonely. That feeling of loneliness got transferred to Naija. She's not sure if what she's doing is the right thing. She experiences what could be considered depression and also joy. When I play the game now, I can see where a lot of those creative decisions came from in terms of my personal feelings at the time. I think that's one of the factors that makes the game unique.

DY: I've always been fascinated with the ocean.  I drew a lot of fish when I was a kid.  Mostly killer sharks and stuff like that.  It's such a mysterious place.  I've always thought of the ocean as an alien world that's right underneath us.  It would be great to meet visitors from outer space, sure, but there's plenty of alien life living in the waters of our own planet.  It wasn't difficult at all to make the leap from underwater reality to underwater fantasy.

Regarding Naija… she's really the point of contact for the player to experience this rich world that we created, so it was important that we establish her character well during the game, without making it feel ham-fisted.  We put a lot of thought into her personality and mannerisms.  I don't think it's surprising that Naija, at the beginning of the story, is very naive, because we were very naive as game designers and people.  I don't know how conscious it was, but the game's story follows our own personal struggles during the development very closely. 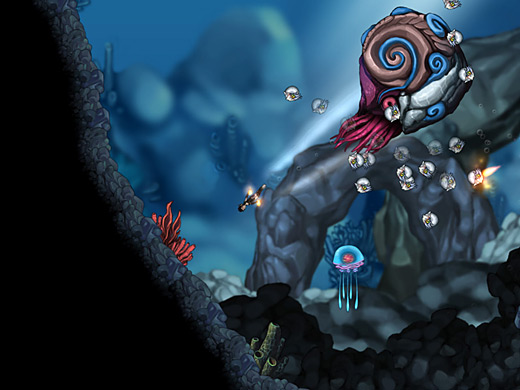 What was the most challenging part of making Aquaria?

AH: One of the greatest challenges for me was conquering the fear that the game would somehow be a failure. When you're creating something with a very small team, you carry a lot of the responsibility for whether or not its going to entertain people. That responsibility would weigh on me and sometimes it would interfere with the joy of creating the game.

DY: It's a pretty huge game, so the act of juggling all the different parts that we were each responsible for was a big challenge.  Also, I didn't get the impression that a lot of people, even within the games industry, really understood why we were making this game, this way.  That was definitely a mental hurdle I had to get over.

The creative process often involves a project being completely unrecognizable from the original concept. How much did Aquaria change over the time you were developing it?

AH: It actually changed a lot. The original concept involved more RPG elements: starting the story when Naija was young, dealing with a world full of NPCs and a complex dialog-tree-character-building system. (the dialog choices that the player made would affect Naija's personality)

Eventually we realized that the game was really just about Naija exploring this mysterious world – and that focusing on that would make for a much richer experience. I'm really grateful that we were willing to throw out our hard work and start again with a better vision.

A lot of indie game projects (and software projects in general) often fall by the wayside before they ever see the light of day. Was Aquaria ever at any point in danger of being given up on?

AH: At one point, money was getting thin and it wasn't apparent how I could continue. Fortunately we managed to get over that hump and from then on out, we knew we would eventually finish the game.

DY: I don't know how real the danger actually was, but there were points when it certainly felt real.  We didn't have any contingency plans, so it would have been a pretty big setback for us each personally.  In hindsight, I think we were both too driven to have given up on the project completely.

How much time did it take, from initial concept to rollout, to make Aquaria? Did this become a full-time job, or did you still keep day jobs and work on Aquaria in every spare waking moment?

AH: I had prototyped the basic concept on my own three years before the game was released. A year later, I met Derek and we started talking about doing the concept. It took about two years to fully develop the game and release it. I spent a year (off and on) after that tweaking the game to improve various things.

Tell me a little bit about Bit Blot the company-were you originally self-funded, or did you get investors involved?

AH: We managed to get a small angel investment that went a really long way. Without that it would have been a lot more stressful. But for the most part, we just lived cheap.

DY: The prize money from IGF was a big deal for us, too.

You both live in different countries-how did you meet and wind up working together? Who worked on what? (music, programming, artwork, etc.)

AH: I heard about Derek through the comments of a slashdot post, oddly enough, about anti-video game lawyer Jack Thompson. We ended up working on a parody game about JT after that. (I'm OK—Derek did art and I did music)

For Aquaria we both worked on the design, I did code and music and Derek did art.

DY: Alec also wrote a lot of the story and dialogue.  I built a lot of the levels.  I think the work broke down really well between the two of us.

Are there any plans for expanding the company, or do you want to keep it a two-man show?

AH: I think I'd like it to remain a core of two people that is open to taking on temporary extra help when needed. It really depends on the project I think.

Any plans to work for a big game company someday? Why or why not?

AH: I'd like to try it out for a while, but I'm imagining that I'd get fed up with the lack of creative control and the forced work hours at some point.

DY: No plans in the meantime.  I'm going to try to stay independent for as long as I can.  There's just so much more joy in realizing your own ideas than someone else's.  It's worth a lot of the resources and stability that a big company can provide. 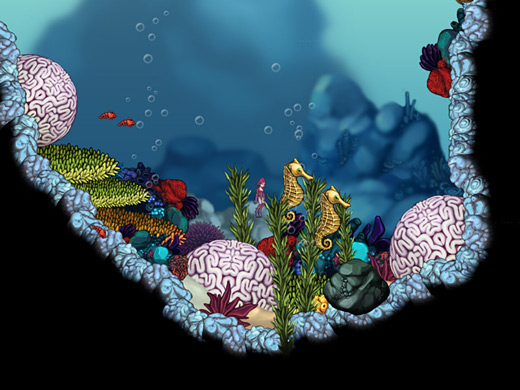 At this time, Aquaria has only been released on the PC. Are there any plans to release it on consoles or other platforms?

AH: We released a Mac version through Ambrosia Software as well, but there are no plans to port the game to other platforms/consoles at this time.

You included a level editor and a set of modding tools with Aquaria—what sort of user-generated content have you seen thus far, and how does it make you feel about the original product?

AH: There have been a few small mods of the game—usually little levels that focus on certain gameplay mechanics. Someone made a nude patch for the game, which I find pretty entertaining.

There's a big mod in development that is a prequel to Aquaria. Its very interesting to play through how this fan sees the events before the game unfolding—they've taken ideas from the game and interpreted them in ways I didn't predict. Its actually really cool.

What can we expect to see from Bit Blot in the future?

AH: We're kind of split up at the moment. I think one of the problems of making a game of this scale with only two people is that it puts considerable strain on all your relationships. Since Aquaria, I've gone on to create a game called Paper Moon with a new team called Infinite Ammo. Now that team is also burnt out!

One big dream project that I'd like to work on is called "Marian", but I'm not sure how to produce it yet. I'm in the prototype stages—I'm just exploring the potential of the concept for the time being. Its a weird place to be in, I'm not sure what the next year is going to be like.

DY: I've got some of my own projects in the works that should be announced before the end of the year.

There are lots of aspiring indie developers out there who are still trying to get off the ground—do you have any advice for them?

DY: Make games, but more importantly, learn how to finish them!  Work with other people who are as dedicated as you are.  Submit your game to IGF.  Be a part of a community (like The Independent Gaming Source) where everyone is friendly and willing to share with one another.  Be good at what you do, but always be willing to get better.  Don't be afraid to throw out bad ideas or change your perspective.  Study philosophy.  Keep yourself healthy. 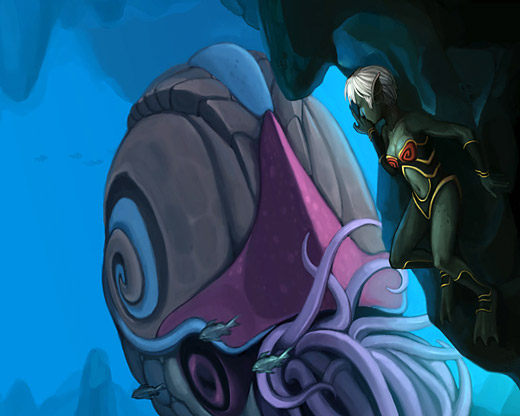 Once again, I'd like to thank Alec and Derek for their time and for making such a great game. I'm definitely looking forward to their future works.

I was a huge fan of the game. I hope they put something else out eventually.