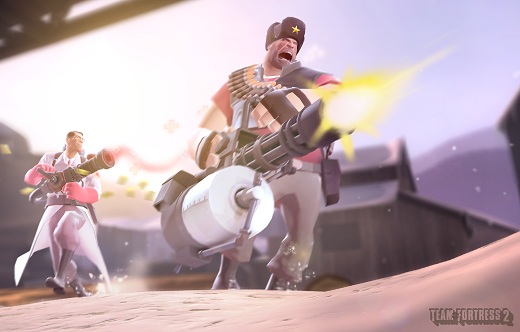 Team Fortress 2's "classless" update dropped recently, adding the new King of the Hill game mode, several new maps and some pretty significant class changes (despite being classless), the most prominent of which are the return of the Scout's double jump while using the Sandman (at the expense of 30 health) and allowing the Engineer to repair one end of a teleporter (including removing Spy sappers) by repairing the other. Personally I thought the loss of the double-jump was a fair trade-off for using the more-defense oriented Sandman, but I haven't noticed any serious trouble playing with the reduced health either. The Engineer change is a very, very welcome addition, as the Spy's Cloak And Dagger had made it far too easy for them to hang out at spawn and prey on teleporter entrances, especially on attack/defend maps like Dustbowl or Gold Rush.

King of the Hill mode is enjoyable enough, although the usefulness of medics is mitigated somewhat, as very rarely will they have enough time to get a full übercharge. Yukon is another 5-cap point map in the vein of the original Well and Badlands, and while I've only gotten to play it two times, it feels solid (if a bit more challenging to win) so far. Went back a tried some arena mode again, and I'm still lukewarm to it. Having to sit and watch as a penalty for being on the losing team is a huge turnoff and something I hope will be rectified somehow in a future update. And to top it off, Valve has also posted a pair of time-lapse videos showing the evolution of the new KOTH map, Viaduct. 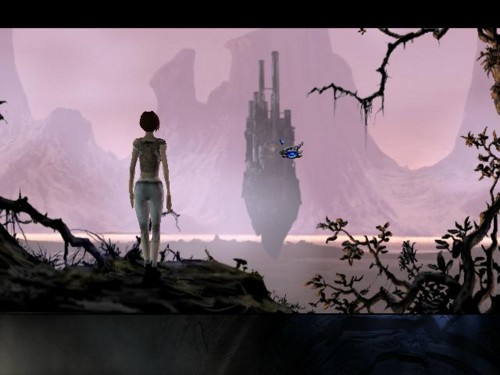 Recently I've been on a quest to play a lot of the older (and some not-so older) PC games that I missed by not having a game-capable machine until about 2003. The first item on my agenda is The Longest Journey, and so far it's been a pleasure. Fantastic writing and character work coupled with some good puzzles and a great voice cast makes me forget all about the circa 1999 graphics, and here's hoping things don't take an Indigo Prophecy-style turn into complete ridiculousness. Next up is probably the sequel Dreamfall, and after that I'd like to get my hands on Grim Fandango. Anybody have suggestions for me?

That’s good to hear-it would be very disappointing if all that good writing went to waste. I’ve heard mixed opinions on Dreamfall but I’ll save any judgement for when I play the game.

If I remember correctly, The Longest Journey doesn’t really go out with some crazy plot twist or anything.

I kinda prefer Dreamfall myself, mostly because of the melancholy tone that hangs over the entire game/narrative. But both are still definitely worth a playthru, though it is a shame that we may never get a 3rd chapter in the series. I’m looking forward to hearing your thoughts on both games when you’re finished.