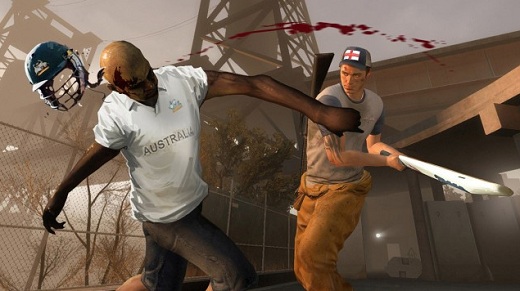 Many of the commenters from my article on game choice systems suggested I take a look at The Witcher, which I've started doing. I'll have a full review up in due time, but my early impressions aren't all that great. The way they've handled the limited choices so far is indeed intriguing, but beyond that I'm finding it to be somewhat bland. Granted, I'm still in the first town after finishing the prologue, so we'll see if it picks up before it's all said and done.

This piece actually hits on something discussed in one of the podcasts a while back. While I don't really agree with the presenter's arguments, I think Metroid Prime (along with Super Metroid) deserves be part of the duscussion along with Tetris or Metal Gear Solid 2 (as suggested in the podcast) simply because I've seen so many games that have shown the Metroid series' influence over the years. This was one of the more contentious debates I've heard in the podcasts, so I'm happy to bring up this topic yet again. Any input?

Finally, the FTC made an interesting ruling a few days ago concerning bloggers and potentially game reviewers, stating that:

"[The new rules] address what constitutes an endorsement when the message is conveyed by bloggers or other "word-of-mouth" marketers. The revised Guides specify that while decisions will be reached on a case-by-case basis, the post of a blogger who receives cash or in-kind payment to review a product is considered an endorsement. Thus, bloggers who make an endorsement must disclose the material connections they share with the seller of the product or service."

This isn't really that big of a deal for GameCritics since we've been doing that on our reviews for a while now, and personally I think it's something that reviewers should be doing anyway, so I don't really mind it being on the books. Thoughts?

I had forgotten about the Kane & Lynch fiasco. I agree, that’s the worst case of reviewer/publisher collusion I can think of and something that the ruling will (hopefully) help prevent.

when it comes to disclosing endorsements (i don’t see any reason why this shouldn’t be mandatory), i can’t help but be reminded of the whole kane and lynch fiasco over at gamespot a year or so back, in which you had pretty much the most blatant case of review scores being adjusted for advertising dollars. how much the FTC ruling affects gaming websites, i guess we’ll have to wait and see on that one, but i’m sure the same thing happens in any media coverage anyway. people deserve independent reporting/reviewing etc, and it’s impossible to take any website seriously where… Read more »