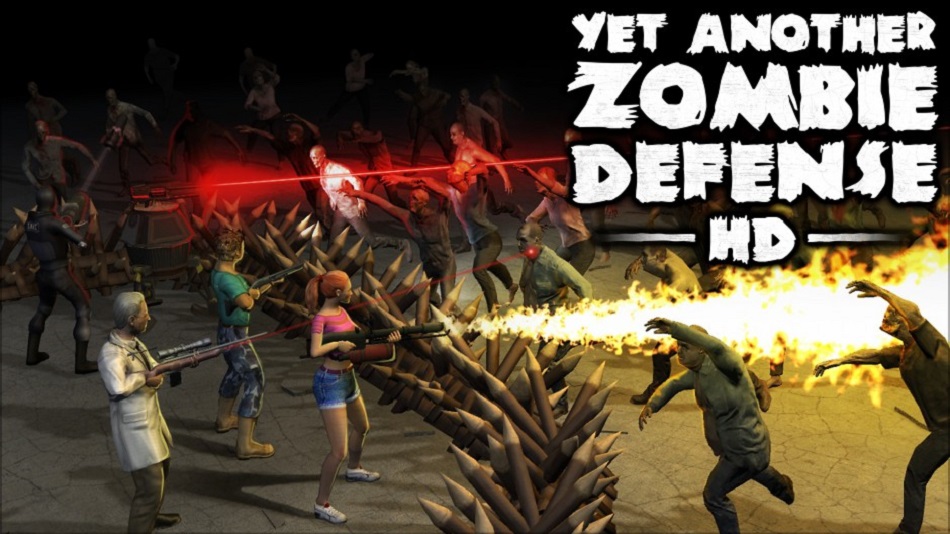 The subject of this installment: Yet Another Zombie Defense HD, developed and published by Awesome Games Studio.

Yet Another Zombie Defense HD actually surprised me. I’ll be the first to admit that, literally, yet another zombie game didn’t sound like my cup of tea. At the same time, the name the devs chose told me they got it, so I was intrigued.

Starting out, the player has a few basic choices (online, local, or solo) and which mode they’d like to play in (defense, endless, or deathmatch) and there are four player characters — The Guy, The Girl, The Swat, or the Doc. After choosing, the player is dropped onto a flat asphalt map with a single streetlight illuminating the area.

The controls are pretty straightforward, although it took me a little bit of work to get my hands to cooperate. Unlike over-the-shoulder or first-person games, it controls like a twin-stick shooter — the top-down view handles movement with the left stick and pivots with the right. 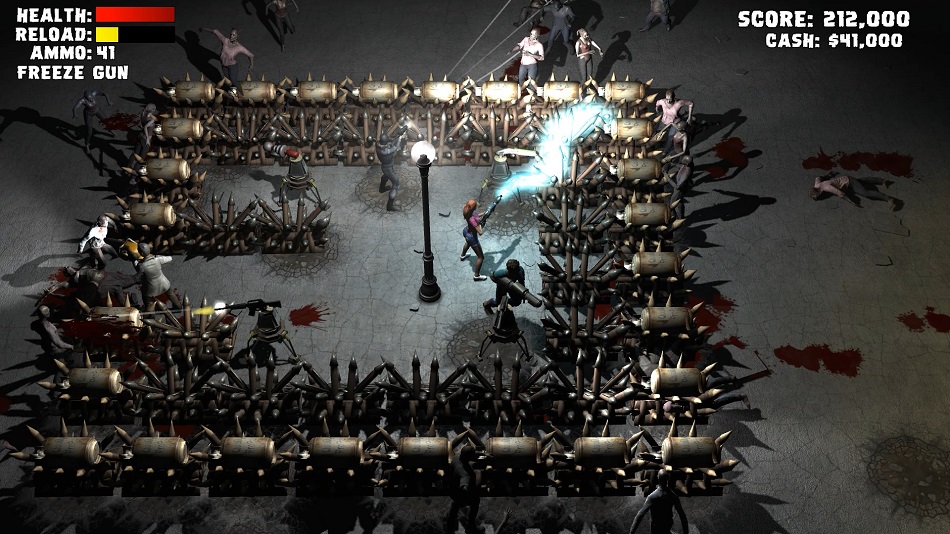 At the beginning of every game, the player starts with a single pistol with unlimited ammo and begins their defense. The mechanics of each mode are pretty similar — the player will use grenades, landmines, turrets, barricades, and a variety of weapons dropped from downed zombies. Some zombies also drop extras like money to purchase these items between rounds, health, and other powerups.

Unfortunately, although facing off against other players while trying not to be murdered by zombies at the same time in deathmatch sounded interesting, the online multiplayer wasn’t working for me, even after an uninstall and reinstall of the game.

Otherwise, my husband and I played local multiplayer and it was one of the first times I’ve played a defense-style game and actually felt like having another person made the experience more enjoyable. As it turns out, I am particularly lousy at running and aiming at the same time, but it’s a strength of my husband’s. While I sat in the middle and held down the fort with grenades, lasers, and a chainsaw for those oh-shit-I’m-gonna-die moments, he would run around and protecting our fortifications from the zombies that clawed at them. 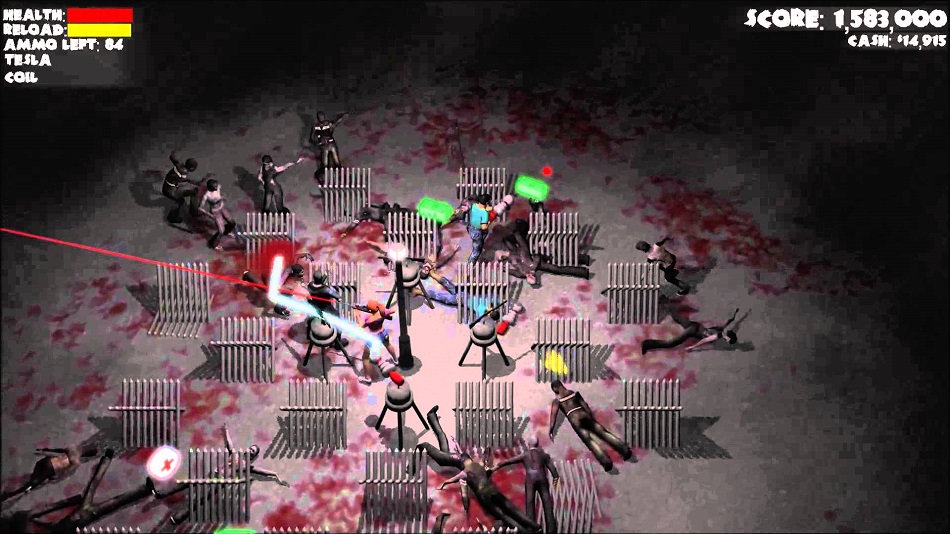 In this mode it was a great challenge for us to budget our funds for ammo and new weapons and take turns figuring out good team strategies. There are also options to change money sharing to allow all the money to be pooled you collect as a team from zombie drops, or you only can use what you each pick up individually.

My criticisms of YAZDHD are fairly minimal. Despite the freedom of movement, there isn’t any way to block or dodge, and other than the chainsaw, there aren’t any close-range weapons. This became problematic as anything that got closer than mid-range was as likely to kill me as I was to kill it.

It was also hard to differentiate the player’s character from a zombie sometimes, and whenever I’d get surrounded I’d usually die just because I couldn’t keep track of things visually. Also, it seemed like spending money on better guns didn’t do a whole lot — for me it was more about finding the weapon that worked best for my style rather than finding the best high-end weapon. In light of this, it eventually made the money dynamic seem a little pointless.  To fix this, I would love see some collectibles or unlockable skins to change things up a little bit since I was eventually buying nothing but ammo and had more money than I knew what to do with.

Despite those issues, YAZDHD offered a solid challenge and was a breath of fresh air — What could have easily been a weak attempt at a mobile gaming experience on console was actually a lot more than that, and I’m eager to play some more. Unfortunately, the game had a number of technical issues which prevented me from doing a full review, but I’d love to come back once those things have been sorted out.

Rebekah first found GameCritics doing a research paper about accessibility in videogames, and was intrigued by the standards found on the site. Seeing an opportunity to combine a love of games with a love of writing, Rebekah reached out and has been writing for GC since then.
Latest posts by Rebekah Cheeley (see all)
Tags: Awesome Games Studio Co-Op indie Rebekah Ocker This Is Not A Review Xbox One Yet Another Zombie Defense HD
Subscribe
0 Comments
Inline Feedbacks
View all comments