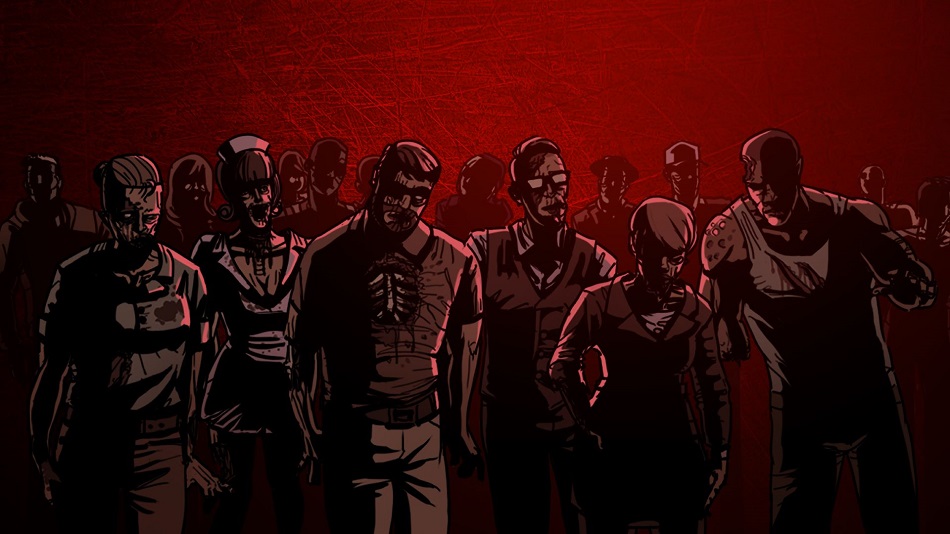 In a post-apocalyptic world, the player’s job is to maintain a camp that can sustain as many survivors as possible. This is accomplished by fighting zombies and enemy humans in turn-based combat, looting, exploring via visual novel mechanics, and also by making decisions about the use of resources and skills.  This last aspect is heavily centered on assigning jobs and skills to survivors, managing inventory, and creating/collecting resources, all done via menus.

Narratively, Dead Age starts with a fairly compelling introduction by leaving the survival of the protagonist’s sister a mystery. It’s a zombie game, of course, so there are only a few ways this could go, but it was an emotional beginning to what ultimately turned into a dead-boring game because, unfortunately, there’s just not much here.

Looting plays out like a card game, where the option to loot or not appears on screen with a yes/no option and the player selects their choice. The result is displayed in text.

There don’t seem to be any time limitations in the turn-based combat, but there’s so little strategy involved that it loses the pressure of survival that typically makes zombie games exciting — it feels stagnant, and I rarely even had to look at the screen to proceed.

Assigning jobs is a simple process in Dead Age. Each character has a set of unique skills, strengths, and weaknesses to consider from a menu, and some of them offer quests that hint at their concerns or goals for the camp. With these in mind, assigning jobs is a matter of balancing the needs of the camp with the needs of the player – characters working in the camp can’t be used as companions on quests, and companions on quests may die in battle, resulting in a skill loss for the camp. 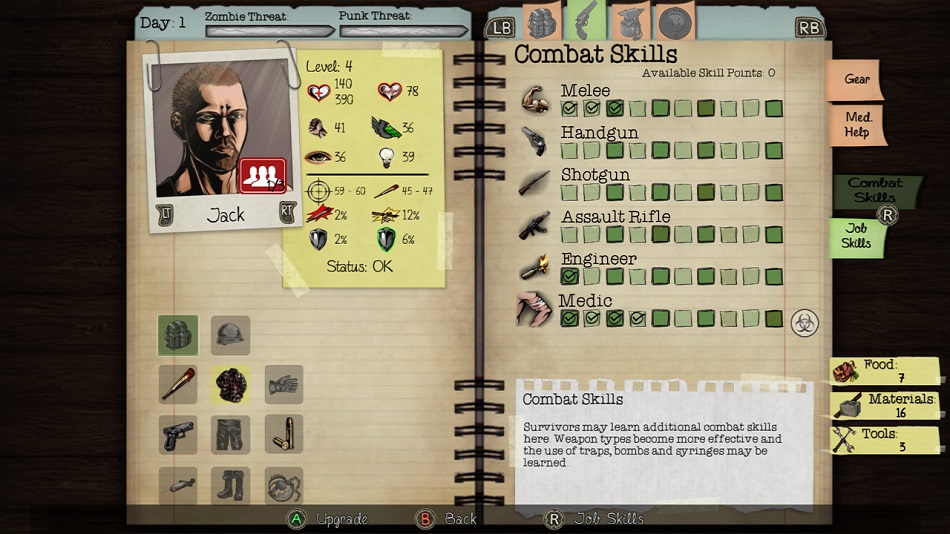 This system also helps propel the narrative, making the protagonist’s experience with death and loss more thematic. Early on, I entered a battle with a new companion who promised to help the protagonist through his grief, as she had recently lost her own family. Unfortunately, my strategy combat skills aren’t so great, and she was quickly mauled by a cheerleader zombie. The upshot is that the protagonist’s comments on these events make it more poignant than the death of a random NPC might otherwise be.

Overall, Dead Age felt like an old-school educational computer game — something like Liberty’s Kids or Carmen Sandiego where the extent of gameplay is reading and being shown things happening, with little engagement from the player.  There was no excitement or thrill to it — the presentation is dry, the gameplay is simple and repetitive, and the story goes nowhere. Send this one back to the boneyard. Rating: 3 out of 10

Disclosures: This game is developed by Silent Dreams and published by Headup Games. It is currently available on Android, Microsoft Windows, and Xbox One. This copy of the game was obtained via publisher and reviewed on the Xbox One. Approximately 3 hours of play were devoted to the single-player mode, and the game was not completed. There are no multiplayer modes.

Parents: According to the ESRB, this game is rated M and contains Violence, Blood and Gore, and Language. This rating feels pretty spot on, although I’d add that there are some pretty emotionally heavy tones that come with any post-apocalyptic story, as far as the loss of friends and family goes.

Deaf & Hard of Hearing Gamers: Playing without sound caused no gameplay problems. Dialogue is subtitled in text at the bottom of the screen, but there are no captions for non-speech noises. Subtitles require pressing a button to move through them. There are no options to change the size of subtitles. It’s fully accessible. 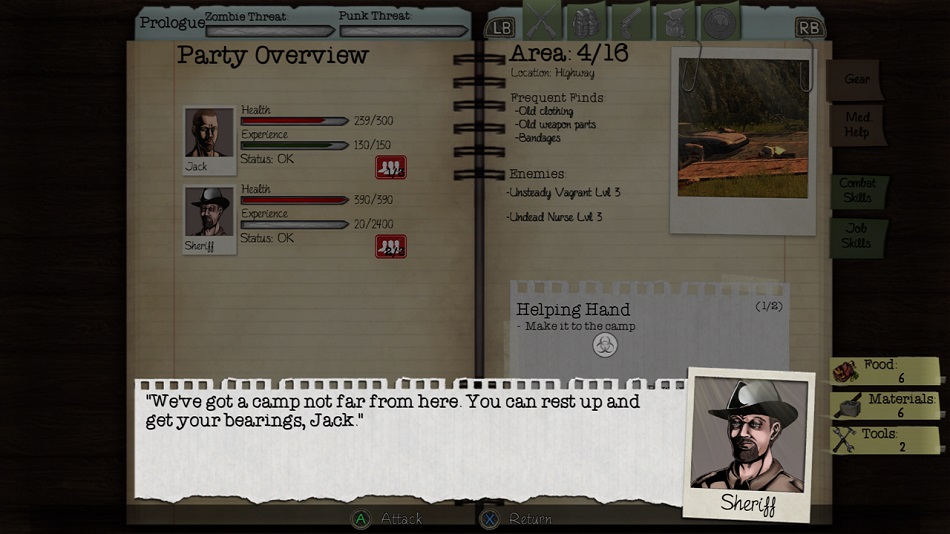 Remappable Controls: This game’s controls are not remappable. There is no control diagram. The cursor is moved with the left stick and options are selected with A. Right and left triggers and bumpers are used to cycle between tabs in the backpack menu.

Rebekah first found GameCritics doing a research paper about accessibility in videogames, and was intrigued by the standards found on the site. Seeing an opportunity to combine a love of games with a love of writing, Rebekah reached out and has been writing for GC since then.
Latest posts by Rebekah Cheeley (see all)
Tags: Dead Age headup games management Post-Apocalypse Rebekah Cheeley Silent Dreams Strategy Text Zombie
Subscribe
2 Comments
Newest
Oldest
Inline Feedbacks
View all comments

Rebekah’s opinion is just that, and it’s not a very good one.

Often press reviews have no clue what players like , this is some example. 85% of Steam users (very positive) likes this Zombie Apocalypse game and that has reasons. Its a indie rogue like RPG a bit in the style of FTl with a turn-based “Final Fantasy” Style combat System. Its a casual game, so don’t expect too much features, its easy to learn but it has some special things you can only find in some other games like Dead State or State of Decay. Fun with a solid storyline , perma death, hardcore mode, lot of crafting and some… Read more »