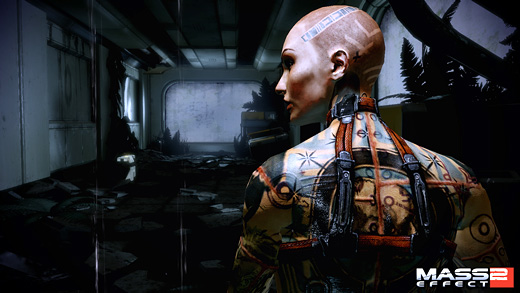 One of the reasons that I used to love reading video game magazines every month was because I looked forward to reading reviews of each month's new game releases. My expendable income certainly had a limit—even in my young adulthood—and I wanted to see what reviewers had to say about games that I was interested in. After all, previews served to build excitement for games, but reviews were definitive opinions. If there was a game that was criticized by a number of the reviewers that I used to read, such as Andy Eddy, Steve Harris, Dan Amrich, and so on, I would usually spend that money on something else. (Like bills.) If a game was well-liked and the reviews were usually pretty positive, I'd do everything in my power to be one of the first to buy it and entertain friends.

To me, video game reviews have been about sharing educated opinions about games—while backing those opinions up with relevant facts and observations—in order to assist readers in making informed buying decisions. That's always been my intent since I started writing reviews over 10 years ago. I wanted to be one of those sources that you could turn to when you weren't quite sure about a certain game. I've done this orally for years while working in video game retail, and I'm happy that I'm able to put words to paper to share these same opinions with you, the reader.

As time has marched on and the World Wide Web has gradually replaced magazines as a source of video game reviews, many people seem to have lost touch with the reason why video game reviews really exist. Reviews are no longer the informative tool that they once were. It's a big business now. Sites like Metacritic actually influence the direction of the industry, and it's been documented that there's a very tense relationship between reviewers and publishers. If a reviewer is overly critical of a game, especially if it's a higher profile game, it can cause unnecessary shockwaves. Reviewers have actually been fired for being honest. Publishers have been known to cut ties with publications over "bad" reviews and low scores.

That's bad enough. For me, what's worse is that there are people out there who seem to think that video game reviews exist merely to validate their purchases. If a game review score isn't high enough, the reviewer is insulted and ridiculously taken to task… even if the game hasn't yet hit retail. If a game review score is too high, the reviewer and/or publication is allegedly in the back pocket of the publisher and charges of favoritism or "moneyhatting" start flying.

To these misguided and clearly insecure people, I have the following advice:

Reviewers don't do what they do because they want to impress you. We're not out to make you feel better about what you bought or to give you ammunition to use on some message board somewhere so that you can talk trash about your favorite games or consoles. We do not care. If our scores somehow help you win some foolish argument that nobody really wins, then that's great… but it has nothing to do with us. We do what we do for a variety of reasons; perhaps it's our paid profession, or maybe we're fortunate enough to have solid writing skills and were brought on to work voluntarily with a growing fan site. We play through these games and write thousands of words about them because we love playing games and we like to write about them. Your system wars and game biases are irrelevant to everyone but you. 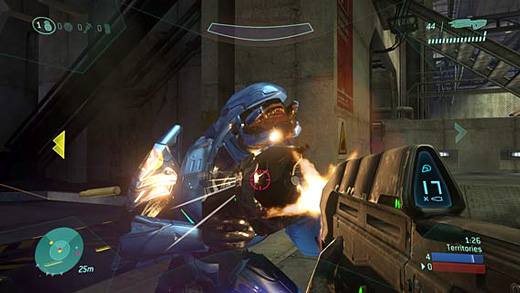 In fact, I don't comprehend why someone gets off on setting out of some offensive to proclaim that Halo is the best game ever and the resorts to flinging childish and offensive insults at anyone who disagrees. The same goes for consoles. Playing the Nintendo Wii does not, in fact, make one a baby or automatically soil one's "gamer cred". Microsoft did not, in fact, engineer the Xbox 360 to break on purpose so that consumers would have to quickly replace it and thus inflate sales numbers. Sony does, in fact, have games for the PlayStation 3 now—contrary to what you may believe.

It's fine to disagree with a review. Or two. Or however many you may want to disagree with. After all, as I stated earlier, reviews are opinions. There isn't a right or wrong, so there's room for debate in most instances. There are plenty of reviews that I've disagreed with, and I'm sure that if you've read my work, there may be some points of contention that you may have in what I have written. I welcome disagreement and discussion, but there are a few prerequisites:

I understand that reviews may serve different purposes for different people, but this trend of ego-boosting and self-validation is disappointing and nonsensical. If you want to tell the world how freaking awesome that you think Modern Warfare 2 is, go for it. You can blog and submit reader reviews at multiple sites to your heart's content. Just bear in mind that not all reviewers are going to agree with you,, and that there will never be a universally correct game review. Dropping "F" bombs, calling for reviewer firings, and making other childish remarks just reflects badly on you in the end; the chances are that we'll still be reviewing games long after your tirades wane and are forgotten.

[quote=aron]So, to finish, what I defend is that game critics should be more that opinions. Game critics should study games, to contribuate to the language (virtual games) and to its development (in order to improve). That’s where I desagree with you. There are moments of opinion on critics? Always. But, in general, they must be more than just opinions.[/quote] I agree 100% that criticism is the balance between subjectivity and objectivity and I think that’s what Peter is getting at when he says that critics have to make a solid and convincing case to backup their opinions for the criticism… Read more »

Yes, game reviews are as you put. But the fundation of my point (opinions are simplier than critics) goes deeper than that: its all about the ancient tension between subjectivity and objectivity. Is commonly thought that the science supported by math, empiric observation (sensitive), or that our machines can perceive (like a telescope, or X-ray, etc.) is exact, is unquestionable. As for the sciences supported by arguments, logic and history, they are inexact and full of unsolved questions. That’s a faith of Enlightenment, defended since Descartes phylosophy, passing through Hume and Kant. I could easily speak of this subject for… Read more »

Thanks to all of you for reading and commenting on this piece. I do want to touch on a common theme that Crofto and Aron put out there, and that’s about objectivity in reviews. Simply put: There’s no such thing as a completely objective review. Reviews always have and continue to be points of realistic debate. Saying that Tetris is a good game is opinion, not fact. The trick is to back up that opinion with factual evidence in order to support the opinion. It’s up to each individual reader to determine whether the reviewer has made a solid and… Read more »

I completely agree with you Mr Skerritt. I myself read game reviews (from various sites) not purely for the score but for every section and area a particular game encompasses. When i read a review i do take in everything the reviewer writes about; sound, graphics, controls, story (if relevant) and despite the score, i walk away with more of an educated view of the game i wish to purchase. I personally have my initial opinion of the game i’m about to purchase, sometimes i need a bit more of a heads up before i commit. Reviews are what they… Read more »

I’ve only one consideration to make: a critic is more than an opinion. Critic is a tool to knowledge, it’s a necessary step of dialectic confrontation. Opinions are not grounded like a critic must be. In example, criticize is essential to the constitution of the art; every work of art needs a interpretation to give life to its dormant content. But only a critic can surpass the interpretation and give the adequate valor to that work; also, it is the only path to make a work better. A example of the difference is: I think that alien’s are a poor… Read more »

You list some reasons why people hate on reviews/reviewers, but there are some much more important elements as to why someone like me finds this topic infuriating. The problem with most reviews is that, quite simply, they aren’t being done properly. There are so many various ways a “reviewer” will review a game without actually realising what the main goal is – to give an informative, unbiased and helpful guide on whether a game is good or not. Now, the most common type of reviewer is from the IGN school of reviewers – people who constantly look past massive flaws… Read more »

I do likewise, look at the lowest scores and see what is ‘wrong’ with them. However, negative as well as positive bias exists, so just take every review you read with a pinch of salt.

Its such a shame that in this day and age that you have to write an article like this to justify yourself for writing honest reviews. But I guess thats what the internet has given us, a way of anonymously abusing others and never having to face the consequence of getting a crack in the teeth. One of the problems I have faced in the past is writing constuctive comments or legitimate questions on forums that get lost in the tirade of abusive comments, because the reviewer seems to thrive on the negative comments and is too busy arguing with… Read more »

[quote=Chi Kong Lui] But in the end, aren’t they still opinions? If they should be more than opinions as you say, what would you call that? [/quote] If critics write a review giving “more than opinions” then we would end up having 50-60 reviews that are all based on the same robotic scoring system and all written in the same way. At the end of the day all gamers perceive games in a different way which is why we have such a diverse choice of games to buy. As such we need a variation of opinions. A good example of… Read more »