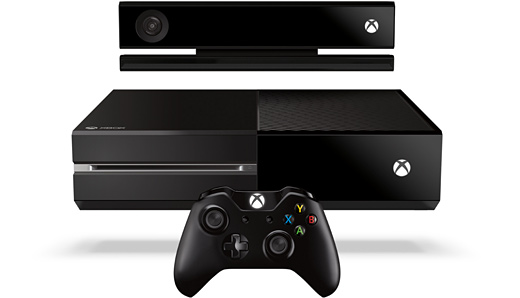 I found Microsoft's (MSFT) reveal of the Xbox One to be acceptable. I got pretty much what I expected from the event itself, and was even impressed at some of the things that the hardware will do. Fast-switching between different entertainment sources with only one input is a neat idea, and convergence in the living room is where I think we're headed. Microsoft seems bullish on the idea of diversified entertainment, widening its scope of potential Xbox One users instead of focusing mostly on the core gaming demographic. It's a strategy that's getting Microsoft ripped to shreds by video game fans, but could shake out to be beneficial in the long run if the theory that core gaming consumers alone can no longer support this business verifies.

I do believe that kneejerk reactions from the social mediasphere when it comes to this alleged lack of focus on games can be mitigated by a more gaming-centric showing at Microsoft's pre-E3 keynote on June 10th. I don't believe that Microsoft is forsaking the core gaming community at the cost of attracting others, but rather that the company is picking its spots to showcase certain aspects of the platform. I can buy into the argument that this more general kind of presentation might have been better-suited to a different event, since many of the viewers were likely core gaming consumers and not analysts, retailers, or investors… but this by no means should be taken as a confirmation of lesser gaming importance for the device.

What stands out to me even more is the rather stunning lapse in the chain of information from company to press when it comes to certain potentially controversial aspects of Xbox One. No mentions of used games or required Internet connectivity were made during the reveal, but after the event, stories began to surface about potential fees for used games and a requisite for at least daily Internet connectivity checks to maintain proper functionality of the Xbox One's feature sets. The fee for used games story that Wired ran wound up getting contradicted shortly thereafter by another media source, but that didn't stop GameStop shareholders from dumping stock once the story broke. At one point, the stock sank by more than $3 per share before recovering late in the session to close nearly $2 lower at $36.78 (-5.11%).

Misinformation and Microsoft's inability to share confirmed strategies about used games certainly hurt the reveal of the Xbox One. Perhaps the dozens of threats to buy PlayStation 4 over the Xbox One will ring hollow, but if they don't, who is to blame here? I charge that Microsoft should not have even bothered to field questions from the press about used games and required connectivity until a later date, when the company would be more prepared to give accurate, clear answers to these questions. Instead, there's a lot of crossed wires and even more doubt about the platform, which is only hours old to the public's eyes.

It will be interesting to see how Microsoft deals with this suddenly negative perception and how the company approaches the core gaming demographic to allay fears and disappointment. Personally, I believe that we're at far too early a stage to damn the platform… but Microsoft must tread carefully over the coming weeks so as not to make a difficult situation worse.

For now, I urge patience when attempting to gauge the level of interest or launch success for the Xbox One. There is still a lot of information to be shared before realistic, forward-looking analysis can begin.