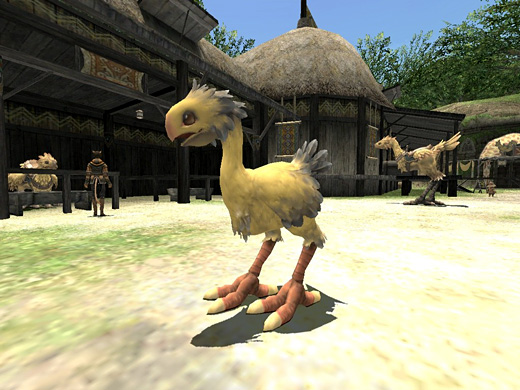 There is nothing wrong with change, if it is in the right direction.
—Winston Churchill

I realize that online connectivity and console gaming were destined to be intertwined. The XBAND modem, the Sega Channel, and then the rollout of the Dreamcast in 1999 with its built-in 56K modem were signs that change was going to happen. Console video game players were eventually going to have to accept connectivity, and this current console generation has preached that it's all but required to have the full intended gaming experience.

I don't have a problem with online connectivity in that it can serve a purpose. Bugs can be fixed if you're connected (although this has been overdone, as I mentioned in my last post). Online play can allow players to find opponents (or partners) at any time instead of having to rely on having people over. In its originally intended form, downloadable content can extend the life of a game by adding levels, characters, quests, and more. The change from a purely offline to generally online environment, in and of itself, is not bad.

I do, however, see problems with how intense the change has been. The previous console generation can be thought of as a loose transition to online importance. We saw the birth of Xbox Live as a service and the PlayStation 2 had some online functionality, although it wasn't at all organized. We were taking some steps a generation ago, but we've since taken a giant leap and have overlooked the consequences that the change has triggered. We see games launch with bugs, only to be excused because connectivity offers a quick fix instead of shipping the game as bug-free as possible. We see arguments that content is being stripped from retail games, only to be resold as DLC for added expense to the consumer over and above the $60 price point. We see online services and accounts getting hacked with increasing frequency.

Change is fine, but I don't think that it can be said that it's entirely in the right direction.

I know that I talked about the problem with patches in my last entry, but it's disturbing to me how accepting that the community is of this trend. Reviewers, more often than not, seem to give the benefit of the doubt to patches rather than calling out publishers and developers for shipping a game that doesn't work as well as it should. Skyrim is a great case in point with all of its associated glitches and issues, and yet it stands at a 96 on Metacritic. NINETY-SIX. I understand that online connectivity gives developers and publishers the ability to fix problems, but whatever happened to the goal of getting it right the first time? I appreciate the scope and size of the game, but giving a pass to a game because it tries hard isn't the point, to me. In cases like this, connectivity has become a crutch instead of an advantage. 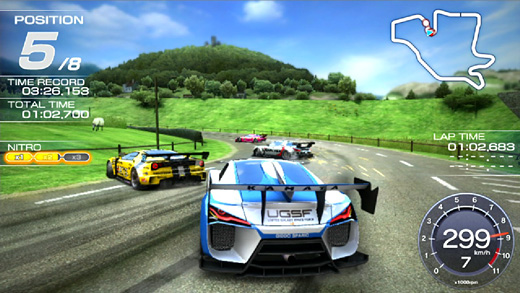 The news about Ridge Racer for the PlayStation Vita and its dearth of content in favor of downloadable content (DLC) reignites the discussion about how DLC affects retail games. Issues with weak content versus numerous DLC offerings is nothing new for Namco; look at Beautiful Katamari and Ace Combat 6 for the Xbox 360 for prime examples of content that probably should have been included in the initial purchase. Beautiful Katamari was probably the most egregious example, with more than a few stages locked behind a DLC paywall. I can understand publishers looking to make some extra revenue per user, but in Ridge Racer‘s case on the Vita, three courses and five cars included on the release is an absolute joke. Compare that to the deeper overall package for Ridge Racer 3D for the Nintendo 3DS. There are nearly four times as many cars in Ridge Racer 3D, and four separate courses on the first stage of the Grand Prix alone! Instead of getting loaded with content, we get to pay more for additional content for Ridge Racer on the Vita. It can be argued that connectivity encourages developers and publishers to leave stuff out for post-launch, rather than packing as much content as possible before shipping and then delivering more after a few weeks. It's change in the wrong direction.

Then we come to hacking. I understand that hacking is a peril of being online. Identity theft happens all the time, not just on the PlayStation Network or Xbox Live. The problem that I have is that we are so accepting of this and the best that the industry can do is to remind you to change your passwords and be vigilant. Worse yet, more and more content is becoming online-only, so unless you go out of your way to buy cards at local retailers, you have to chance your credit or debit card to get that DLC or arcade game that you want. GameTrailers and Spike TV gaming personality Geoff Keighley just had his Xbox Live account hacked and is offline for almost a month during Microsoft's "investigation". It happened to another friend of mine on Twitter recently, too… and I've read about it happening to more than a few other people recently as well. We allow connectivity, online commerce, and online delivery to be so instrumental to the console gaming experience, and yet we just accept it when we get hit and lose that ability when criminals attack. Stuff happens, right?

I understand that going backwards isn't an option. Console gaming has barged through the online door with a battering ram, and constant connectivity is here to stay. Still, it's hard for someone like me who has been playing console video games for decades to not look back on generations past and consider whether we're really better off now. Sure, the graphics weren't 1080p and the sound wasn't Dolby 7.1. I know that games "back then" were simpler and, at times, not very mature. I also can't help but to think back to when connectivity wasn't a requisite. I remember when games were consistently full of content when they shipped rather than skimming a few things in lieu of making a few bucks later. I still can fire up my PlayStation or PlayStation 2 and just play a game, rather than waiting for patches and DLC checks.

I'm not sure what it will take for this change to constant connectivity and online presence to find the right direction, but it's important to the future of the industry that it is found—and soon.

As a practical tip, the best way to buy MS points in the UK isn’t local retailers, it’s Amazon. The cards are cheaper than buying points online; they don’t expose your credit card to Microsoft; and you don’t need to pick them up. And for ‘ordinary’ users, one large card will last for months. As far as the article goes, I pretty much agree. My strategy – given I’m patient – is to buy games a few months late. Pick up the DLC on offer or in a GotY edition, and arrive after the bugs have been fixed. I get… Read more »