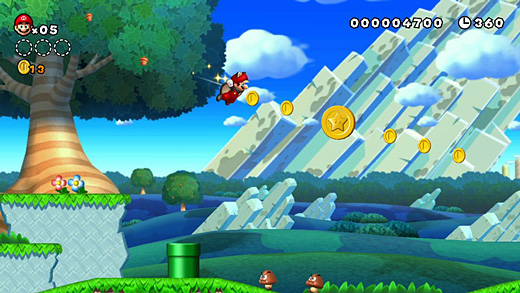 If you knew me back in 2005, I was a lot different. I was genuinely excited about console gaming, as I had been for decades before. I was still a big Sony guy, as I had been since the original PlayStation launched and won me over. I was also getting into the original Xbox, though late. A new generation of consoles was coming, and I was looking forward to it while also enjoying what was currently available. I was alternating my time between the Internet and reading video game magazines to stay as current as I could.

Even into the early stages of this console generation, I was fairly enthusiastic. I had fun with the Wii for awhile, playing Wii Sports more than anything else. I had a short period of enjoyment with the PlayStation 3 in 2008, as well. As the generation wore on, though, my attitude began to change as the industry was changing. Attacks on used games by the industry bothered me, starting with online passes and leaking into general attitudes about how they were suddenly killing business. Downloadable content (DLC) was getting cut from retail games and being sold later. Promised content wasn't being delivered in some instances, like the issue with the Borderlands Game of the Year DLC, which wasn't available for 18 hours after I bought it. Micro-transactions became more common. Endings were being ransomed as DLC in rare cases. My constant smile and excitement had gradually worn down to a grimace and then a complete frown.

Then the Wii U hits, and I'm flabbergasted to see how criticism of the launch is being so angrily dismissed. The criticism is explained away because we live in a "Ship & Patch" reality, where it's just plain silly to expect hardware and software to work as intended when they launch. Patches mean that anything can be fixed (eventually), and being upset about things not working right or about content that you don't receive or have access to is unjust. Wait it out, people tell me. Call this person. E-mail that person. A growing attitude of enabling and excuse-making has grown as this generation has gone on, and it's obviously getting bigger as the next generation of consoles arrives. It's almost as if expecting purchases to work when you buy them is one of those things that gets you branded as being "entitled" or even out of touch with reality.

I've been trying to tell myself that I'm going to stick around as a modern gaming consumer. Even though I've become cynical and distrusting of the console video gaming industry to some extent, I figured that when the new consoles arrived, that excitement would come back and overwrite the bitterness. Unfortunately, the more I try to convince myself, the more I realize that it's just not in my best interest to do so. The path that console video games and I have walked for so many years has finally hit a fork. The industry and the general culture of modern console gaming is going one way and I'm clearly going in the other direction.

It's notable that so much damage has been done in the last 4 years. I've been transformed from a "buy it now" consumer, as I was since 1991, to all but deciding that I'm not buying any of the next-gen consoles. It's taken 4 years to undo more than 20 previous years of enthusiasm.

Perhaps I have antiquated expectations. Shipping games and consoles that are less than 100% complete and functional is the reality now, for whatever the reasons may be. I don't think I'll ever get used to playing a mild form of Russian Roulette with my consoles when I turn them on or start up a game; do I get lucky, or do I get stuck with another random update or patch? I didn't have to deal with these inconveniences for decades before; they were things that PC players dealt with and not console players. That's why I stuck with consoles for so long to begin with. Insert game, power on, loading (when applicable), and play. Now, it's power on, firmware update, install, restart, insert game, software update, install, restart game, install game data, and then play. That's six additional waiting checkpoints in a worst-case scenario for a new game. No firmware update drops the checkpoint list to four.

I know that I'm in the minority with these feelings. I've been told that I'm overreacting, that I "just don't get it," or even that I'm just old. That's fine. I don't expect agreement. I'm simply stating my case and sounding out why it is that I've changed so much and become so cynical. Four years isn't that long ago, and yet it feels like an eternity. I miss the days of being excited and eager. Maybe that's why I've retreated to the retro scene; I was a lot different then.

Console games were a lot different then, too.

Do you remember blowing into cartridge games when they didn’t boot properly? Sure, they told us NOT to do it, but most of us did it anyway. “Game freeze” was a concept I was quite familiar with from the NES, and the idea of the developer fixing the problem wasn’t even something I could have mentally parsed back then. The idea that it is only now that games don’t “just work” is… well it’s just not true. Are there more problems per capita now or whatever? Maybe, but how would you go about proving that exactly? My Ps2 broke THREE… Read more »

I can understand why having to wait a while after plopping the disc into the console is frustrating, but the line you draw seems arbitrary to me. Why is this so substantially different from installing or loading (which happens every time you play, not just the first time)? It all boils down to different technical reasons for you to have to wait to play your game.

That being said, I agree that shipping a broken game and only patching weeks, months later (sometimes never) is hard to stomach.

You say “I know that I’m in the minority with these feelings.” Well, you’re certainly in the minority of hardcore console gamers. You say yourself that you’ve basically fallen out of the “buy-at-launch” club. But you’re far from the only gamer to feel like that. There’s another way! Try the PC. I made the switch a couple of years ago. With platforms like Steam to handle the installation, patching and updating – it’s as easy as playing on a console now. Also, there are huge sales – not just on Steam – which make it easy to buy games cheaply… Read more »

Agree completely, with everything. It isn’t just the technology, it’s the standards and culture that’s changed.

I was always a hybrid console and PC gamer, but now I’m strictly PC. I gave away my xbox 360 and have no interest in ever owning another console. There were some good times, great times in fact.

But that’s gone now. Only memories.