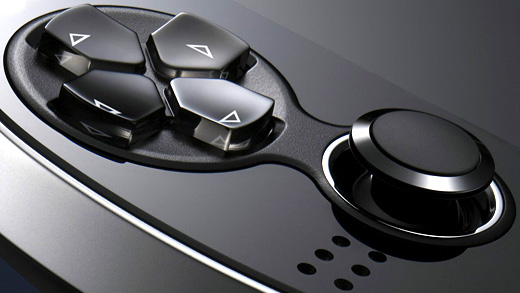 When I had a chance to spend some time with the PlayStation Vita at E3 back in June, I was impressed. Uncharted looked and felt remarkably like its PlayStation 3 counterparts and the idea of optional touch controls for platforming plus a neat motion mechanic for the sniper rifle mode raised my excitement level.

As time has gone on and more details have come into focus regarding the Vita, that excitement level has gradually been tempered. Some games will require memory cards. PSone games won't work at launch. The battery life is suspect. Now, word of memory card pricing is enough to make me consider waiting it out as a consumer as prices range from $30 for the smallest (4GB) card up to $120 for the 32GB card. That makes the minimum Vita purchase at least $320 if you want a game to play on it. That's $110 more than a comparable purchase for the Nintendo 3DS.

I know that I've been critical of the 3DS in the past, as have other analysts, but sales are picking up steam here in Q4 and it's going to look a lot more attractive next to a $250 platform with a not-so-hidden extra expense in the memory card. Even when the 3DS was $250, Nintendo included a 2GB SD card for free. People who want a Vita memory card as part of a bundle can attempt to score one of the early release packages—but that's $350 and comes with a game that's not exactly on anyone's radar. Otherwise? $280 for hardware and memory card with no game.

Not only does Sony have the 3DS to worry about… but it's also dealing with the effects of booming popularity for smartphones and tablets. The casual consumer market, which has been instrumental in growing the popularity of video games over the last 15 years, is showing less interest in dedicated portable platforms. iPhone and iPod Touch apps and games are significantly cheaper than offerings for the Vita and 3DS. It's true that a tactile controller is missing from these devices, but the games seem to be more than good enough for most of the casual crowd. Expensive games and accessories, combined with the high cost of the hardware, don't bode well for expansion of the potential consumer base for the Vita. In fact, Sony may be in a position where it has to count on its loyal fanbase to buy into the Vita and accept that limited success may be as far as the platform goes—at least initially.

I understand that the Vita is more powerful than the 3DS. Expecting it to sell at or near the 3DS price point is too much to ask. I don't understand the concept of games requiring memory cards to play, especially since the game media is supposed to allow for reading and writing of data. Worse, I don't understand making a required accessory optional at the $250 price point. Include a 2GB card like Nintendo does with the 3DS, and the argument about memory card pricing doesn't affect sales. Since a memory card is required for the platform's big launch games, setting the expectation that Vita will "only" cost $250 is disingenuous.

As much as I hope that I'm proven to be wrong, I see struggles for the Vita in 2012 after an initially strong launch. It's too bad. There's a lot of potential and it's obvious that the Vita is a powerful device, but it's going to be too expensive for too many. As a consumer myself, my outlook on Vita has been downgraded from "buy" to "wait and see".

Sometimes it feels like Sony is ahead in technology but behind in how to apply it in modern times. They keep fighting the last war. A more powerful handheld sounds good until you realize it’s going to be priced out of a large segment of the market. Then of the people who can afford it- the added bonus insult of having to buy a memory stick? This just doesn’t bode well. I can’t tell who their market is supposed to be. Kids? Sony isn’t really viewed as a system for kids, that’s Nintendo’s area. Teens? Explaining a 300 USD portable… Read more »

The history will be repeated. Like DS and PSP, Vita will be much more powerful, but will sale far less, both for hardware and software. All signs show this. Sony isn’t a true gaming company. It doesn’t really understand the market. Never had. The reasons its consoles succeeded in the past have little to do with gaming. PSX succeeded because it used CDROM and 3D polygons. Saturn lacked 3D power, N64 lacked the CDROM. So they failed. PS2 won because it could be used as a dvd player as well. Since its cost was almost the same as a stand… Read more »