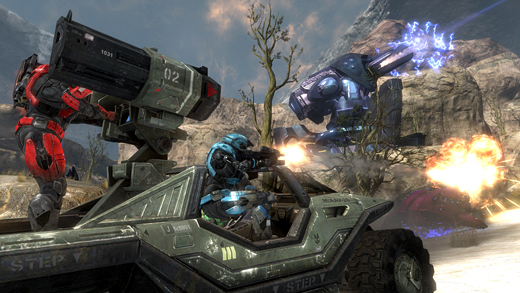 I've been working a lot of hours this past week at the store, covering for our manager who has been away at a conference. Since my time is limited, I'm condensing a lot of my thoughts into a blog post. Things will hopefully return to something close to normal this week.

I've been talking a lot about retail observations on Twitter, and I'm going to start mentioning some of them here as we gear up for what should be a busy holiday season. Working on the front lines in gaming retail gives me decent perspective on trends and customer reactions. Here are a few notable observations that I'd like to attempt to analyze further:

This took a long while, but with a giant push over the last week or so, Reach is reigning supreme for the moment. Numbers for the base game are outpacing "special" SKUs by about 2:1, with the "Legendary" SKU being second, followed by the "Limited Edition" and then the console bundle. There's no doubt in my mind that Reach will be the best-selling game for the month. What will be more interesting to me will be whether Black Ops reservations will explode much like they did for Reach just prior to release. I'm also a bit surprised that we still haven't seen news of a multiplayer beta of any sort for Black Ops; both Reach and the upcoming Medal of Honor reboot saw betas which arguably helped to fuel reserves… but Activision and Treyarch have both been mum, even after a rumored September 1st revelation that never materialized. I still believe that Black Ops will outpace Reach by the end of the year on the Xbox 360 platform, but the strength for Reach right now is indisputable.

Metroid: Other M is struggling.

It's not too often that a first-party Nintendo release is disappointing, but Metroid: Other M is one of those rare titles. It's been facing adversity on two fronts. The first problem is that the game strayed from Nintendo's recent trend of releasing first-party titles on Sundays by releasing on a Tuesday. The second problem is that the game has been receiving some criticism from various sources on the internet, ranging from issues with the controls to focusing too much on story to even issues with sexism. Many reviews have been generally positive, but the complaints about the control scheme have prompted actual reserve cancellations—which is a rarity in and of itself. Moving four copies of a major Nintendo release on its launch date is underwhelming, to say the least. I will be curious to see how it fares in NPD charts; sales were better on Day 2, but there were still several more preorder cancellations. 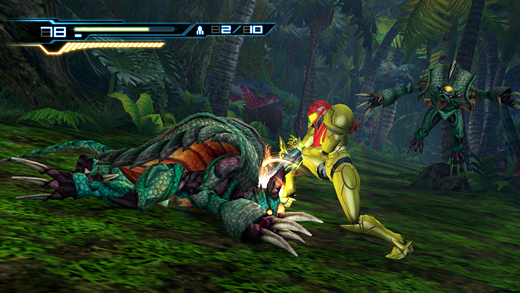 Motion controls could have a rough time this year.

The release of the PlayStation Move is about two weeks away, but interest has been lukewarm at best. Lack of demo software and tangibles, combined with a lack of general knowledge about it for both consumers and retailers, has led to a cautionary "wait and see" approach. Sony isn't overly bullish on Move for Q4, and that's probably a good thing. Reviews of the first wave of games have been mixed, which hasn't helped the situation. As for Microsoft's Kinect device, interest has again stalled after a brief spike—presumably due to some in-store videos and advertising. Reports from the GameStop conference in San Antonio on Kinect were that there are still some hitches with the hardware and that there weren't a lot of impressed people. As with Move, Kinect really doesn't have much in the way of software or tech demonstrations that allow consumers to see what their $150 would be getting them.

Consumers are reacting swiftly to the Xbox Live price hike.

Much like people who stock up on batteries, bread, and water before a big storm, consumers are buying up Xbox Live subscription cards at their current rate before the price hike takes effect. The general consensus seems to be that consumers don't want to quit the service, but there are a lot of questions as to why the increase is happening now. The move towards hoarding cards is free profit for Microsoft currently, but the overall effect of the price hike on subscriber numbers may not be felt for up to a year from now.

Spider-Man: Shattered Dimensions and R.U.S.E. could be retail disasters while NHL 11 and Kingdom Hearts look strong.

Does anyone even know that Spider-Man: Shattered Dimensions and R.U.S.E. hit retail next week? If reservation numbers are any indication, then the answer is NO. While the situation for R.U.S.E. may be more geared to being a new IP, the fact that Spider-Man is getting such a cool pre-release reception by consumers should make Activision a bit nervous. Not that another Spider-Bomb would be all that surprising, given the track record of recent releases starring the web-crawler, but it seems as if Activision isn't even trying with Shattered Dimensions. There may be some interest when the game arrives at retail next week, but given the strong pre-release interest for both Kingdom Hearts: Birth By Sleep and NHL 11 for next week, it seems clear that Spider-Man will be taking a back seat. Again.

Despite offering Online Passes for pre-owned copies of games like UFC 2010 and Tiger Woods PGA Tour 11, there are very few takers. Sales of Tiger 11 overall have been weak and UFC 2010 just saw another price drop for new and pre-owned copies as sales of the game have been all but dead. There haven't been, in my observation, many trade-ins (and subsequent sales) of pre-owned copies of NCAA Football 11 and Madden 11, but when they've been sold, offerings for the Online Pass have been met by, "I don't play online, anyway. Why spend the extra $10?" If publishers are looking for ways to gain a significant share of the pre-owned market, it looks like they will have to resort to other means at this point… although the true tests for Online Pass programs will come with Medal of Honor and Call of Duty: Black Ops.

That's it for today; I hope you find these trends at least somewhat interesting. I'll certainly try to post more of these trends and my analysis as we move forward into the busy holiday shopping season and the inevitable crush of new games that come with it.

I got $20 for reserving Halo Reach through Amazon. The credit offer is pretty common with up and coming titles. Metroid Other M was at one point number 2 on the sales chart at Amazon.

Don’t take my comments as a defense of the game, either. I canceled my pre-order after reading the reviews. The controls seem difficult and the story non-sensical. I like Super Metroid and the Prime games, but this seems like a step in the wrong direction.

The Halo to CoD numbers probably has to do with Halo coming out in a week vs Cod coming out 2 months from now.

Metriod Other M is a major disappointment. I never wanted my money back for a terrible game more than I do with Other M.

The action is dull and they made Samus into a wimp.

Metroid sales chart entry in the UK seems not to impress:
http://www.eurogamer.net/articles/2010-09-06-uk-chart-mafia-ii-still-top-dog

I don’t know if this 20$ offer is usual at amazon.com but maybe it indicated that pre-orders were far behind expectation?

Kane&Lynch 2 seems to sell better (multiplatform). But its price was set at 25€ in UK-shops at release- almost half than normal…

Just want to mention that these observations are anecdotal and not necessarily reflect the trends of the country or Industry, or even the company of this store. Keeping in mind that Amazon was pushing hard the $20 credit on Metroid pre-orders, with Walmart.com doing the same, sales munbers for Metroid may not be as dire but rather skewed towards those retailers. And while the price hike for Xbox Live doesn’t make sense to me either, I do plan on buying into their Family plan as I could consilidate several active plans into one. Many dorm rooms across the country will… Read more »

How are the ratios of Black Ops and MoH: Xbox<->PS3? Is the 360 still the hardware of choice or did Sony catch up? Especially MoH, where they said the PS3 is lead platform.
As i understand the other paragraph consumers don’t rush away from Live so this variable won’t affect this status quo?

Spider-Man: Shattered Dimensions sounded interesting in a preview i read some weeks ago. In my memory Batman also sneaked up under the radar, is it similar to that in pre-order numbers?