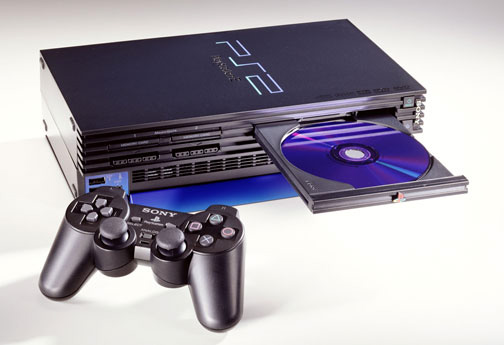 It was 10 years ago this past week that the PlayStation 2 launched at retail to long lines, tight supply, and excited consumers.

I find it hard to believe sometimes that 10 years can fly by so quickly. 10 years ago, I was content with my Dreamcast, PlayStation, and Nintendo 64. The Dreamcast had really blown me away with its visuals and the addition on online connectivity, but the PlayStation was really taking a lot of my time with releases like Tony Hawk's Pro Skater 2 and Chrono Cross. Meanwhile, my Nintendo 64 was just kind of sitting there… but it would get play on occasion. I knew that the PlayStation 2 was going to be big—but money was tight and I had decided to take a "wait and see" approach to the platform. After all, the Dreamcast was still strong with arcade ports and sports games that were good enough to almost make me forget about EA Sports.

In fact, if it hadn't been for the Dreamcast's untimely demise, I might have been quite late to the PlayStation 2 party. Thanks to the internet, however, I knew about Sega's plan to drop the Dreamcast before many others and took advantage of that window to trade my entire Dreamcast setup in for a PlayStation 2—which was still awfully tough to find in early February of 2001. When I brought it all in to my local video game store, I was lucky enough to find one last PS2 unit sitting on the shelf. I walked away with NHL 2001, Swing Away Golf, SSX, and Ridge Racer V that afternoon. I turned my anger at Sega into a personal gain for me; I basically had traded one system for another. While I do miss the Dreamcast very much (as the arcade conversions for the Dreamcast were awesome), I don't regret my decision to go with the PlayStation 2.

The PlayStation 2 is also at the center of my writing career. The first review copies that I ever got, while working for About.com, were PlayStation 2 games. They weren't great games, mind you… but Quake III Revolution, Star Wars: Super Bombad Racing, and NBA Hoopz are symbolic of how I really get my start in review writing. I've written more PlayStation 2 reviews than for any other platform, and I've also had some tight deadlines. I had three days to play through Metal Gear Solid 2: Sons of Liberty and write up a review for SonyWeb. I played through and wrote multiple reviews for God of War in 36 hours. Those two games tested my mettle. Since the apex of the PlayStation 2 era, in fact, I've struggled to find my writing identity and get back to the output that I once had. It's not really that much of a stretch to say that my review-writing experience parallels the PlayStation 2 timeline; I got my debut, gradually got better and more visible, then slowly declined and am now around but in the background. 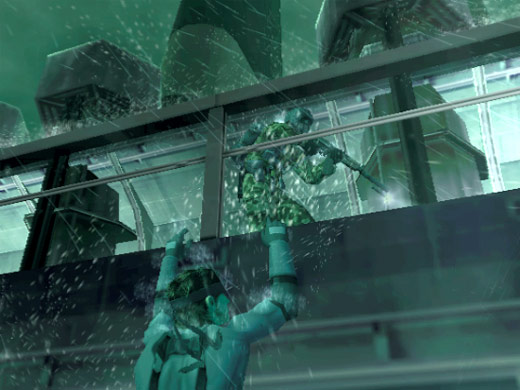 I took some time over my recent stay-cation to play some PlayStation 2 games and relive some of the memories. The lighting effects in Ridge Racer V are still impressive, especially during evening races. Tony Hawk's Pro Skater 3 is still as much fun to play now as it was nine years ago, as the introduction of reverts added the ability to create some amazing scoring lines. Metal Gear Solid 2 still does a lot more right than wrong, in spite of the Raiden haters. Gran Turismo 3: A-Spec hasn't lost a ton of luster, even with Gran Turismo 5 just weeks away. Twisted Metal Black is as addictive as the second game was and the limit-pushing stories of the characters still draws gapes of surprise. I could go on and on. Heck, I could even argue that I could get months of play out of solely PlayStation 2 games despite having current-generation systems and games to choose from. Considering that the platform is now 10 years old, that's saying something.

I am contemplating adding games to my collection once again as prices are coming down and the supply of unwanted games is huge. Eventually GameStop will stop carrying PlayStation 2 games, and interested consumers will have to buy them through online auctions and websites… just like we've seen for so many other platforms before it. Unlike the Nintendo Entertainment System or the Sega Genesis, however, PlayStation 2 games still can hold their own in many cases versus today's software. Although the trademark "jaggies" rear their ugly heads at times, looking at God of War, Metal Gear Solid 3: Snake Eater, or Final Fantasy X isn't as jarring as going back to the original PlayStation era or beyond. As long as the Wii remains relevant as a platform, the venerable PlayStation 2 can compete.

Perhaps the most overlooked thing about the PlayStation 2 is that the platform comes from a different time. Games were fully featured in many cases. Many of the extras that we blindly pay for today were given to consumers on disc. There were cheat codes or passwords instead of paying $2 to unlock something. Multiplayer modes were expected in many cases, not offered later for $5 or via a patch. Developers and publishers a generation ago gave consumers a lot more for their money, which, coincidentally enough, was $10 less than it is today. PlayStation 2 games don't require players to be signed on with an internet connection in order to be accessed. The games were games more than they were revenue opportunities, like they are today. Yes, video games are a business, but that facet wasn't represented to the consumer like it is now. The industry wanted you to belong back then; now, they just want you to pay up… or so it seems.

So… Happy 10th, PlayStation 2. You and I go back a long way. Thanks for the many years of enjoyment. You not only avoided the sophomore jinx for Sony—you even outpaced your older brother in sales and popularity. I hope that others can still see how important you are to the console gaming landscape.