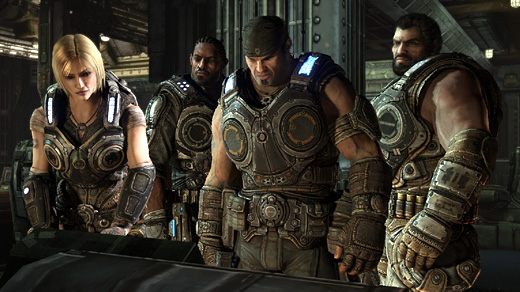 There has been a significant amount of griping over video game review scores recently. Reviewers seem to be on the defensive to readers, publishers, and developers as they attempt to further justify a number that 1,000+ words apparently could not. Games with review scores less than an 80 average on Metacritic are presumed to be bad (or worse), leading to weaker sales and denied bonuses from publishers to developers. A number—not words, opinions, or viewpoints—has become the sole focal point for a game's quality and the discussion revolving around each game.

It's an unfortunate trend that we've allowed ourselves to fall into, in all facets of the community.

I understand that video game reviews serve different purposes to different people. My notion that reviews serve as a tool to assist with purchasing decisions carries over from the days before the World Wide Web and smartphones, when video game magazines like Electronic Gaming Monthly, Video Games & Computer Entertainment, GamePro, and others were the only way we could get any realistic feedback about an upcoming release. There were obvious purchases, of course, but many other games weren't easy to decide on. By taking a look at a couple of each month's gaming magazines, I was able to devise a budget and decide which games to buy and which games to rent or pass over. If there were the theatrics that we see now—such as blacklisting, firing reviewers due to low scores, review embargoes, and other questionable events—readers like me were oblivious to them because they weren't public.

There were numbers back in those days, of course. Some magazines had shorter reviews (like EGM, for example), and others went with longer pieces. The number was only part of the equation back then. The words meant something. Perhaps this was because there weren't thousands of video game magazines, as compared to the huge number of video game review portals and websites that we see today. We read reviews because that's what we had until the following month.

The landscape is different now. It's all about the number, and the words are secondary. The games themselves are tertiary.

Just in the last couple of days, I've seen content from Jim Sterling, Patrick Garratt, and even gaming comedy act Mega64 about the drama surrounding review scores. While the pieces are all interesting (and even amusing at times), the controversy surrounding review scores is pulling attention away from what are supposed to be the main attraction right now. What about the games? In a span of less than three months that has provided so many quality experiences, we're talking about numbers. It's not completely dominating the discussion, of course, but the fact that the topic is sharing the spotlight at this time of year is disappointing.

Discussions pertaining to how to fix the review process have been ongoing for some time, but we're just spinning our wheels. Dropping review scores is an ideal, but isn't realistic. Reviews without scores attached to them tend to have lower credibility than reviews that do, and publishers actively support review portals with scoring to satisfy various metrics. It's also not feasible at this point to demand a wider scoring scale after months of accepting the 7-10 scale that Metacritic has set forth. Rewriting the review scale would lead to potentially damaging results for publishers, developers, and gaming press alike. We can say all we want that 5.0 or 50 is average, but Metacritic just doesn't see it that way. Arguing that Metacritic has too much power won't change anything either, given the importance that all facets of the industry have allowed the aggregator site to build.

I'm not sure that there's a fix for the numbers game, which is a shame because there are lots of great words being written behind those numbers that are generally being ignored. The words are, at least in theory, what keeps the numbers game from being arbitrary… but if nobody reads them, what's the point of the process? That's arguably the biggest flaw of all, and until we can teach people to slow down and equate those words to the numbers like we did years ago, the controversy will never go away. The numbers will win.

if you already know that reviews and scoring systems are problematic/unreliable/manipulated, then why continue to agonise about them?

let reviews/scores be what they are – a commercial aspect of the gaming and publishing industries.

there’s plenty of honest feedback and reflective pieces on games on the independent sites and blogs that actually write thoughtful critiques. just like you guys here! 🙂

Peter, I appreciate how balanced this post is on the topic and thought it covered the issues pretty clearly without pointing fingers and flame baiting. There is one point I think should be clarified. Metacritic isn’t the one setting the 7-10 scale. Their system is a reflection of the industry. If you dig into their FAQs, you’ll find this explanation: [quote]Virtually all of the publications we use as sources for game reviews (a) assign scores on a 0-100 scale (or equivalent) to their reviews, and (b) are very explicit about what those scores mean. And these publications are almost unanimous… Read more »

The problem with scores/reviews aren’t the scores/reviews themselves but their integrity. Moreover, a measure other than a number will not change a metascore impression. All gamers understand that a 10 or 9 means a great game, 8 good, 7 average, and anything below lacking. Any other scale is going to ultimately represent the same.

If reviews didn’t have an attendant rating they’d be read more frequently, closely and with more interest. That’d be a boon for reviewers who take pride in their craft and probably for gamers as well.

There are soooo many review sites, we should have a rich depth of opinions and thoughts about video games. But instead, we basically have one opinion that everyone must share (if they want to keep their position as a game reviewer).

Sure, there are smaller titles (where giving them poor reviews will not piss anyone off) those games will get more honest scoring. But for the most part, notable releases get their One review.

The video game score inflation debate is the same as the grade inflation debate in secondary education. One side argues that scores/grades are inflated and don’t mean anything anymore, the other side argues that score/grade inflation is a fact of life and that the only solution is to keep scores/grades inflated, because everybody else is inflating the scores/grades. I see merit to both arguments. Scores mean little to me. The reasons for the scores are much more important. For that reason I generally pay much more attention to the written review, particularly from sites and critics I trust. Game companies… Read more »

The main problem with this industry is that inexperience and plain idiocy can win through; the actual good writers get lost in a sea of mediocrity, which is why this site isn’t as big as, say, Gamespot. In contrast, the film industry is a lot better and more reliable with reviews; Rotten Tomatoes is actually pretty reliable — especially if you filter down to ‘Top Critics’ — and is clearly not influenced by film-makers what-so-ever. Since gamers are typically young and dumb (and they are, as far as journalism goes) the corruption and higher scores for more publisher cash/backing runs… Read more »