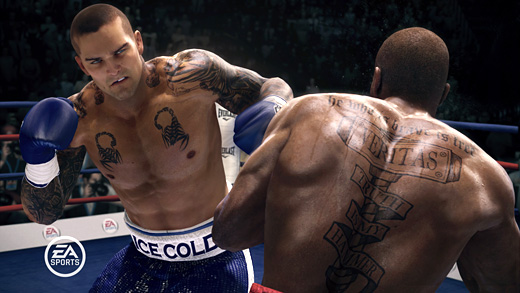 I came out pretty strong on Twitter recently, decrying the loss of instruction manuals as publishers such as Ubisoft and EA Sports have made moves to abolish print manuals in exchange for digital manuals that can be found as extra content on the game disc. While publishers are reasoning that eliminating such manuals is better for the environment, it seems evident to me that there are more significant factors at work here—most notably the cost-cutting nature of such a move and the general lack of effort or desire to continue the practice. Defenders claim that new, in-game tutorials are an acceptable substitute for this omission, and while I can see their point, I don't agree entirely that it's acceptable.

For starters, what if you wind up going back to a game after some time away and forget how to duck or cover, for example? I, for one, don't think to run the tutorial again for one move… so I usually consult the manual to check what the proper controller action is. I don't have to walk into another room to check my computer, and I don't have to quit the game in order to access the on-disc manual. I realize that it's an antiquated notion… but I actually read the manual, just like I have done for the better part of the last 30 years. Perhaps it's my own failure to adapt to an ever-changing climate, but it's damned inconvenient for me to have to jump through hoops to access a command list. I realize that publishers haven't been putting much effort into documentation for the last few years, but how much of the Earth are you really saving by eliminating what little documentation that you give us now? More importantly, do publishers think that consumers as a whole really buy into such a flimsy explanation? I sure hope not.

That's the second point here. Saving the environment is indeed a great cause, but publishers wouldn't be making such a bold change to how video games are packaged without some sort of kickback on their end. Eliminating manuals cuts down on overhead and—SURPRISE!—cuts costs in a way that only the publisher benefits. Game prices aren't ever going to reflect cost savings in this era of industry greed. No way. You need to only look as far as Microsoft's digital distribution model for evidence of this. There's virtually no difference between buying digitally and buying in-store, except that you have to wait an hour or two to actually play your game once you buy it digitally. You're paying the same prices in Microsoft's Games on Demand store as you are at most retailers… and Microsoft's pricing is sometimes higher! Digital distribution is supposed to cut costs, but when do consumers see the benefits?

I understand that I'm a bit of a dinosaur in comparison to the average video game-related personality these days. I won't pretend that "the way it's always been" isn't partially fueling my disdain when it comes to this topic, but I also think that the intentions set forth by the industry here aren't as noble as they're portrayed to be. Of course publishers aren't going to come out and agree; it's bad PR. Just once, though, I'd like to see somebody step up and just be honest when it comes to stuff like this. Consumers aren't all dumb. Some of us see what's going on. We know that video games are a big business. The difference is that the industry is more direct about its intentions during this generation than in any other generation before it, with changes that really only put more money in the industry's pockets.

All of these things, either directly or indirectly, steer extra revenue into the industry that was never there before. The loss of instruction manuals, while a minor omission or even welcomed by some, is just another screw being applied to the consumer. It's getting to the point that it's no longer accurate to point the finger at the industry for such behavior. Instead, we need to look at ourselves and point the finger of blame. As long as we continue to buy into and simply accept these changes without questions or changes in our buying habits, we're basically admitting that we're OK with paying more and getting less for our entertainment dollars.

That's something that we can control, and unless we do, the next console generation stands to stick it to consumers even worse. Perhaps we should start bending over now.

[quote=Richard Naik]I agree on all of your other points except for part of the last one-you’re assuming that the computer/xbox would be off and the person in question would not have internet service if they weren’t downloading the game. That’s a stretch, since I’d bet that the person would be paying for those two things regardless of whether or not they were downloading a game, and any extra electricity cost of a machine downloading something is negligible.[/quote] Download the game has an opportunity cost associated with it, though: as long as you’re downloading the game, you’re not using that bandwidth… Read more »

I don’t really buy into the whole idea of big game publishers sticking it to consumers. On the surface this appears true – the reliance on unoriginal ‘franchises’, the sub-standard DLC, the production of trashy collectors’ editions, the elimination of manuals, and even the sweating of assets and the closure of underperforming development studios – but they are really just giving us what we want. Not all of us, but most of us. Really though, there’s no reason for the canny consumer to complain. We have good competition and pice drops from online retailers, we can avail of trade-in deals… Read more »

Nice post, Peter. I’d like to point out a few things: 1) The importance of manuals depends on the game. Need For Speed doesn’t need a lengthy manual, but Civilization does. Depending on what type of games you play, you may find the notion of needing a printed manual very quaint. It’s wrong to treat all kinds of games the same. 2) The internet and advances in games development have changed the field. Many games offer short, clear and often even fun tutorials, plus some kind of in-game reference. Apart from that, most information you would expect to find in… Read more »

[quote=Peter Skerritt]in this era of industry greed.[/quote] Your articles would be far better if it would not be so obvious that you come from the angry gamer opinion shaping front. As long as the publishers don’t force children to work in mines, or add unhealthy additives in their products, anything that’s not acceptable for a possible customer or the employees, it’s the logical aim of publishers to gain profits. It always was, it always will be. A consumer has absolutely no proper argument against too high prices, not enough value for his money, except not buying. We are not speaking… Read more »

I don’t miss manuals at all. Games simply don’t need them anymore, and any needed information should be contained either in a tutorial or in an in-game accessible instruction section. I don’t believe for a second that that they’re getting rid of them for purely environmental reasons, but I’m not going to complain about it either. I agree on all of your other points except for part of the last one-you’re assuming that the computer/xbox would be off and the person in question would not have internet service if they weren’t downloading the game. That’s a stretch, since I’d bet… Read more »

On the subject of manuals I have to say that they were appreciated at some point for me, but now I’m more than willing to sacrifice their limited usefulness if it means helping the environment in even the slightest. Of course, like you Peter, I’m aware publishers aren’t doing this for the environment — they likely couldn’t care less — but that it actually helps this cause overwrites my usual tendency to hate on them for being immoral money-grabbing bastards. As for digital distribution you’re absolutely correct. It sickens me, for example, to see Mass Effect 2 on PSN for… Read more »