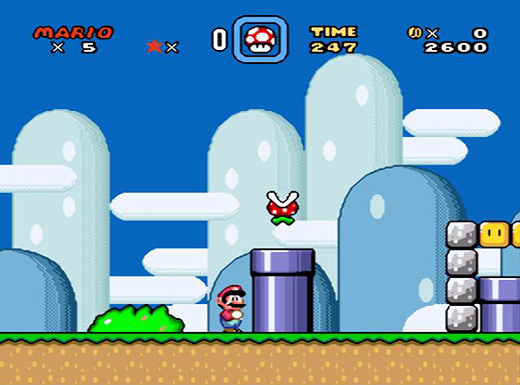 The Internet is a blessing—and a curse.

When I think back to my 20-something self, during the 16-bit era, I remember how starved for video game information I was. We had monthly magazines to keep us in the loop back then, and information was relatively limited. "Oh, this game looks cool!" I would think to myself, but after reading a few paragraphs and seeing a couple of images, that was it. I either had to read a different magazine (and I often did) or wait with great anticipation until the game hit stores and until reviews hit magazines to advise as to whether the game came out great or not. The idea of learning new information every day was far-fetched, so I talked about what I knew with friends and waited as the months went by and more and more info slowly leaked out.

Now, my 40-something self is overloaded. There's too much information out there, and it's almost completely engulfed the ideas of anticipation and discovery leading up to when a game comes out. We've gone from a few paragraphs and a couple of images to ten-minute videos showing entire levels of play and new info weekly or even more often. Video game reviews used to be relevant tools for helping with buying decisions, but now we can see games played in their entirety without spending a dime and use those—along with word of mouth—to influence our buying decisions. Reviews have been relegated to purchase justification devices, hence the "This reviewer should be fired because he/she only gave Game X a 9" trend.

The grass isn't necessarily greener on this side of the timeline. It's fantastic that there's such an abundance of information available readily and instantly; however, magazines are relics now, despite the best efforts of stalwarts like Game Informer and @GAMER. There's no more anticipation involved. People aren't content to wait a month and see what new tidbits are unveiled; the info stream is a lot more steady and a heck of a lot wider. By the time a game hits stores, we already know almost every single thing about it. There's little to discover.

Some people like this better. I get that. Things change over time. I'm not here to convince you that too much information is a bad thing. For me, though, there are some things that have been sacrificed along the way onto the information superhighway. I think about the days before games were spoiled months in advance. I think back to when there was a genuine element of surprise when I went to pick up a game at the store. I think back to the monthly anticipation of getting magazines in the mail and absorbing the knowledge and insight that they gave. And, honestly, I miss reading about legitimate gaming news instead of seemingly constant controversy that tends to drive gaming press these days. (That's more personal preference than anything, of course.)

To me, things were better back then in many ways… and this is just another item on a still-increasing list of reasons why modern gaming and I will be parting ways after this console generation. Of course things will never be the same as they once were, and maybe that's for the greater good… but I'll always be of the mindset that the rise of the Internet has been as much of a hindrance to the hobby that I hold so dearly as it has been considered a help.

… as games required huge teams and many millions of dollars, the vision and cohesiveness of a games vision was lost. While there are many well made games, they are generic and the vision for them is driven by metrics and marketing teams. So the vision for a game is watered down to absolute blandness. While there have been some stand out games the last 10 years they’ve been an increasing minority. It’s not the information overload of the internet that is the problem, it’s that as graphical hardware horsepower advanced it brought in more of the population who didn’t… Read more »