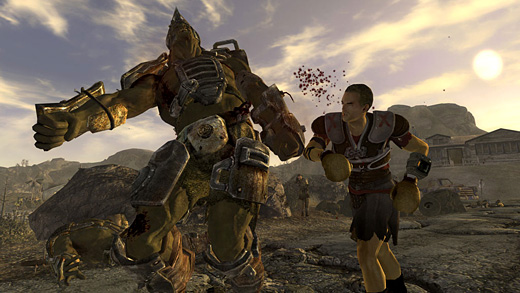 Before you read any further, I need you to read Daniel Dumas' Wall Street Journal piece. Take a few minutes to do so, if you will.

Did you read it?

Good… because it's one of the worst game-related articles that I have ever read. I've read a lot of them, too. Ultimately, the body of the article fails to make the point of the title, but that's only part of the problem. The examples are poor, there are digs at other games that are unnecessary in a piece like this, and the overall article smacks of a lack of professionalism for a periodical that's pretty well-respected.

Let's break down the problems that I have with this piece:

For starters, it's evident that the author had bad experiences with Japanese role-playing games (JRPGs) from generations gone by when you read his blurb about Fallout: New Vegas. I personally do not recall many RPGs that used the "A button to attack" and "B button to defend" while repeating "roughly 50 million times." Is the author trying to be funny here? I didn't get humor as the intent of the article when I read the byline… did you? I also like how how Fallout: New Vegas is an "unsung hero" when the game was basically broken when it shipped. Yes, bugs happen, but go back and read about the tons of complaints about the bugs that plagued the overall New Vegas experience when it debuted. We'll get into the "unsung" argument in a bit, but using a poor JRPG stereotype to justify your pick of New Vegas as a title that, according to the byline, "delivered hours of fresh action" is nonsensical.

Let's move on to the Dance Central portion of the piece. I only have one word: Sucktastic. Really? We're putting Bill & Ted-speak into a Wall Street Journal article? Are you kidding me? Aside from that, the rest of this blurb is pointless. No real talk about what really made Dance Central so great, or why it's "unsung"… just fluff. I don't understand what the author was going for here. Is he saying that Dance Central was great because you could make a fool of yourself in your own home as opposed to doing it out in public? Nothing about how Kinect tracks your movement or how Harmonix found a way to yet again set the bar for a music game? Nothing like that? Awful.

Next on the list is Mass Effect 2, a game that is so "unsung" that it was a candidate for Game of the Year on multiple websites. Comparing Mass Effect 2 to a daytime soap opera like All My Children is frankly insulting, and Bioware has been using quality storytelling and dialogue techniques in their games for awhile now. Perhaps the author somehow missed out on Dragon Age, the first Mass Effect title, or Knights of the Old Republic… but many others have not. This is not new. And is the author trying to say that DLC weapons prevent the game from becoming boring? If that's needed, why is Mass Effect 2 on your list? I am confused, and I'm sure that other educated readers are, too.

Gran Turismo 5 is not Burnout. It never was. In spite of this fact, we are treated to this quote:

Most of us will never know the simple pleasures of piloting a multimillion-dollar sports car hundreds of miles per hour and crashing it in a spectacular explosion of burning petroleum and twisting metal.

I wonder if the author confused this game with Need For Speed: Hot Pursuit. It sure sounds like it. Gran Turismo 5 has been less about the visceral side of racing and more about the art and skill of racing. That doesn't involve explosions and always going hundreds of miles an hour. I'm also curious as to what happened at the end of the Gran Turismo 5 blurb; "The only thing missing is"… what? Is this a bad edit, or a symbolic dangling phrase? Are we supposed to infer that the only thing missing in Gran Turismo 5 is… nothing? Not only is that reasoning absolutely false, but using dangling phrases to make that point is neither stylish nor amusing.

The God of War III segment is just like the Dance Central one that I mentioned above. IT SAYS NOTHING. Yeah, Kratos fights Poseidon, Ares, and Zeus in the God of War trilogy. Thank you, Wikipedia. Why is there nothing here about what makes God of War III great? There's nothing at all. Instead, we get to hear reasons why the God of War series is so awesome. Even the Santa Monica Studios PR team would be embarrassed to read this. I guess God of War III is "unsung" just because it is. Take that, clueless readers! NEXT.

It's nice of the author to not only admit to us that he nearly flunked out of college. That might explain something. Blaming it on GoldenEye and the Nintendo 64's "clunky controller" is pointless. GoldenEye introduced scores of console-only game players to the world of first-person shooters, and here's a surprise: We didn't mind the "clunky" controller. I suppose the clunkier Xbox controller made Halo less fun back in 2001. And how does the Daniel Craig v. Pierce Brosnan argument figure in to how good the game is? I wish you could have seen my literal facepalm moment when I read this. 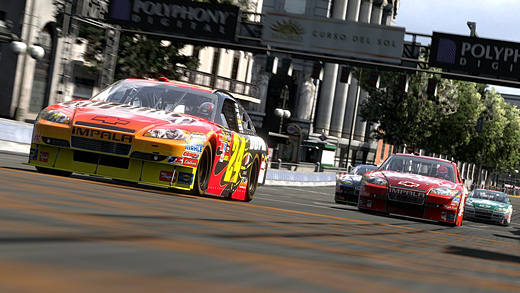 My last paragraph of contention—and arguably the worst offender of all—revolves around the author's pick of Star Wars: The Force Unleashed II for the Wii. This game is "unsung" because it:

That's three points of serious contention in about 50 written words or so. How can one person be so far removed from reality? He's certainly entitled to his opinion, but it's certainly not the prevailing one nor does it make much sense—if any. Eliminating a character or actor does not, by default, make a game better or even "unsung"… so don't include this. We can argue about his definition of "coherent" story writing, but I don't see it. The story made no sense to me, and worse, the protagonist came off to me as an angry whiner that even emo bands would laugh at derision.

I've covered most of the games listed in the piece, and I haven't even talked about its worst flaw: The article completely misses the point that it tries to set.

The article is supposed to mention games that "existed under the surface of hype", and yet the list of games here is a collection of extremely prominent titles. How is it even possible that Mass Effect 2 matches the byline description? There were television commercials, internet trailers, and the gaming press was fawning all over it months before release. Mentioning sequels to huge IPs like Gran Turismo, God of War, and Fallout makes no sense, either. Everyone knew that these games were coming. There was hype, even if the author lives in a vacuum and didn't see and/or notice it. Granted, most of these games are great and deserve to be in the conversation for some of the best titles of 2010… but unsung? Hardly.

I don't know who my anger should be directed at more in this case. The author's lack of practical gaming experience and questionable writing ability are certainly factors, but the Wall Street Journal's decision to publish such a poor-quality piece is equally as frustrating. Is this what mainstream media thinks of the industry? With all of the qualified and talented writers in this field that are out there, the Wall Street Journal either doesn't care enough to find someone competent to report on the video game industry or is just ignorant and reports on it because it's still a fairly big business.

It's articles like this which actually get published that motivates me to reach my goal of getting published myself somehow in 2011. If this "Unsung" article can get published, maybe I really do have a shot.

New site talks about 3 or 4 times removed subject poorly, are you REALY that shocked?

And when talking to the masses about a space opera a soap opera is not that bad of thing to compare it to.

[quote]Is this what mainstream media thinks of the industry?[/quote]
Definitely. Hardly any magazine, newspaper or TV program (or politician) has ever made a decent comment on videogames when they didn’t get someone from dedicated medias to do the job for them.

But beside the wrong title this article is one of the better ones from those not really gaming related medias.

It’s really the title and preface of this article that’s the main problem. If he had called it “Games you shouldn’t miss from 2010!” then it would just be a top whatever list like everyone else did. You are correct that there’s nothing unsung about a single game on this list. And that the writer is a no-nothing about games, but this is hardly new in the media: http://www.youtube.com/watch?v=HFfJ4ZC1AtA&feature=player_embedded

I thought for sure you were using hyperbole, but when I clicked through, I had to agree with you. What a poor piece of games journalism.

For the record, though, the Gran Turismo 5 conclusion “The only thing missing is” actually ends in “speeding tickets.” It’s just easy to miss, because that text wraps over to the left – between the photos, where no other article text appears.

“I’m also curious as to what happened at the end of the Gran Turismo 5 blurb; “The only thing missing is”… what? Is this a bad edit, or a symbolic dangling phrase? Are we supposed to infer that the only thing missing in Gran Turismo 5 is… nothing? Not only is that reasoning absolutely false, but using dangling phrases to make that point is neither stylish nor amusing.”

The article states, “…the only thing missing is speeding tickets.” The final words you missed in the sentence appear under the picture accompanying GT5.

As for GT5, “the only thing missing is speeding tickets.” – the last two words are shifted to the far left, below a picture, so it’s just a case of bad formatting.