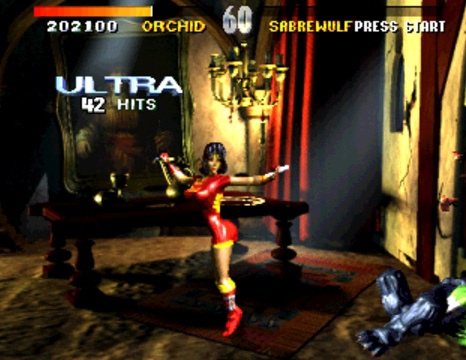 I don't think I gave the Nintendo 64 enough credit as a video game platform.

I got the Nintendo 64 on launch day back in 1996. I was visiting a Lechmere store in Springfield, MA and saw that there was one unit left. I bought it—along with Super Mario 64 and Pilotwings 64—and brought it home. I'd played the import version of Super Mario 64 at Fantasy Realms, a local independent video game store, and wasn't particularly impressed… but it was a Nintendo system and I knew that I wanted to own it.

Unfortunately, my life outside of video games wasn't great at that time. My grandmother was in hospice care, nearing the end of her battle with cancer. She was staying with my aunt, not too far from her home, which is where I had been living. Living in the house by myself was eerie; video games kept my distracted while I was there and not working or out singing karaoke somewhere. I was desperately trying to escape from the feeling that my grandmother was going to die. She and I had such a bond, and she had looked out for me over the years of my difficult childhood and through life's pitfalls after getting laid off from AT&T back in 1994. She always understood how much video games meant to me, and encouraged me to play. It was difficult seeing her suffer when I went to visit. She had been so strong for so many years, so seeing her frail and trying to manage the pain took a toll on me. Much like I did with the PlayStation during that time, I used video games to escape from life for awhile… and I was playing Super Mario 64 when I got the call from my aunt that my grandmother had passed.

As the years went by, I think that I always forged a link between the sadness of my grandmother's passing and my Nintendo 64. Obviously one had nothing to do with the other, but my thoughts during the holidays always gravitate back to the loss of my grandmother and how special that she made this time of year. 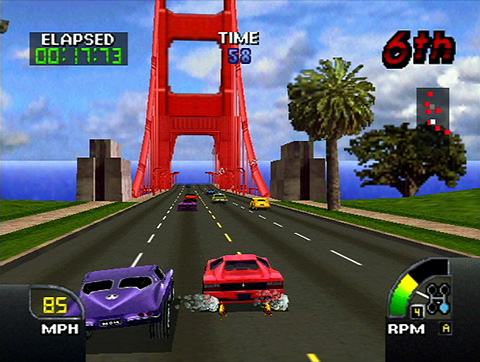 I look at my collection of classic game systems now and realize that there's a pretty significant piece missing. NES, Super NES, and GameCube all sit either alongside or underneath my GxTV, but the Nintendo 64 being absent creates a bit of a void. The obvious gap is that it's the missing piece in the Nintendo line of platforms, but there's more to it than that. There's a gap of five years that's missing, too. There are memories that I associate with the Nintendo 64 which my PlayStation games simply cannot replace. Obviously my grandmother is a big part of that, but also the beginning of my time in retail management as a FuncoLand assistant manager has a connection with the Nintendo 64, too. Zelda, NFL Blitz, Rogue Squadron, South Park, Star Soldier: Vanishing Earth, and a few other games are synonymous with the time period during late 1998… a time when the Nintendo 64 was arguably seeing some of the better games of its lifespan. It was also the time period when my life was turning around after hitting a low point, recovering from a broken relationship and filing bankruptcy and meeting the woman that I would marry a year later.

I think that I'm seeing a secondary reason why I've undertaken this quest to collect older games and systems. I think that they take me back to different periods in my life, before things became as difficult and challenging as they are now. The NES represents one of the coolest gifts my grandmother ever gave to me. The Super NES represents living on my own for the first time. The PlayStation represents the beginning of a 10-year history as a Sony fan. The Nintendo 64 represents some of my life's lowest and highest points. The Dreamcast represents the first time that I went all-in on a console at launch. The PlayStation 2 represents my angry response to the death of the Dreamcast and the rise of my interest in writing and reviewing. These are all signposts in my life, and it just so happens that each has some amazing games to offer that I still enjoy today.

It seemed odd to friends and family that the Nintendo 64 was on my holiday wish list. "Isn't that old?" It is, but it's significant to me, as all of my retro platforms are. The games certainly have a lot to do with that, and the affordability of collecting these games is another big part, but I think that the memories and experiences that I relive and replay in my mind while thinking about and playing games on these systems are equally as important to me—if not more so.

I guess video games are for me what the flux capacitor-driven DeLorean was to Marty McFly. I hope that you can appreciate this analogy as much as I do.

Above is a candid video that I put together to go with this blog entry.

Really enjoying your work this year, Peter, with the ‘Matter of Perspective’ entry being my favourite piece on this site in 2012. Always interesting, keep up the good work.