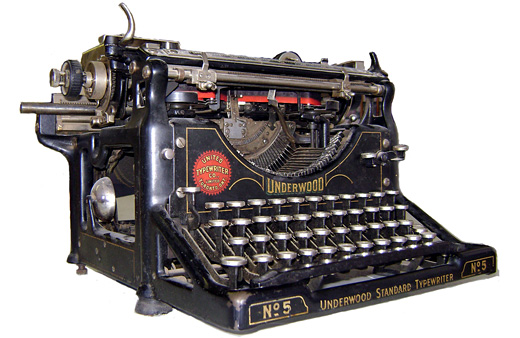 I've been touched by some of the response to the Shooting Straight post that I wrote a few weeks ago.

I wrote it in reaction to the spate of layoffs that we'd seen from IGN at the time, and the layoffs really shook me because that could have been me out there had I found the courage to trust in my talents and go for a paying job in the gaming press. I don't know how I would've handled being suddenly let go, having to scramble to salvage my future, and wondering where to go from there. I think that volatility is something that I've always been nervous about. Careers in this business are risky and fleeting as models change. Magazines have been replaced by websites, and paid professionals are now battling against plucky unpaid upstarts for page views and fans.

Had I made the decision to "go pro" at the peak of my writing journey, I probably would've done so as a reviewer… and I think that I would have failed in the endeavor. While I enjoy writing reviews very much, I am aware that my review-writing format is very systematic. If you know me, you know what you're going to get, most likely. Lots of folks hate by-the-numbers reviews, but that's the way I've always written. I've become comfortable with that. I'm not sure that I ever really wanted or thought about embracing the challenge of changing things up. The awesome team here at GameCritics.com (Thank you to Brad, Chi, and Dale!) tried very hard to shake me from that mold when I contributed reviews in 2002, but it never stuck. I honestly don't know that I'm more than an average reviewer with a slightly above-average vocabulary and decades of gaming experience to draw on as my assets… but I enjoy doing it when opportunities arise.

My best role would've probably been an an analyst, which really requires far more education than I have. I've learned a great deal as an observer over the last five years, and I learn more every day. My approach is also a bit different in an analyst role than it is for the folks that inspired me to focus on sales and trends in the first place, like Michael Pachter, Jesse Divnich, Colin Sebastian, Doug Creutz, and others. I try to break down the data for peers, for other video game players, to help them understand the numbers that are out there. I don't really write for investors or for financial perspective. Matt Matthews over at Gamasutra is probably the person I'd most likely have emulated had I turned professional, but I don't know that there's really a market for that in order to make a living.

What I see out there in social media and around gaming press circles is a lot of talent. There are many hard-working writers, community managers, and people in other important roles who are trying to make their mark. It's really cool to see, honestly. There's a great support system out there for those who aspire to be professionals. It's never been easier to get your work published, thanks to a proliferation of smaller independent sites dotting the World Wide Web. Established professionals and freelancers have given advice and support to these up-and-comers, as well. Publishers and PR firms try their best to give as much access as they can to as many who legitimately ask for it. They've done this for me, and I will always be grateful for that support and encouragement.

When I said that I was—that I still am—a coward for not having chased my dream, I admit that I have some regrets. It's sad when you don't or can't believe in yourself enough to take that one leap of faith and trust that you'll land without (too many) broken bones. On the other hand, I'm also very fortunate to still be able to write about video games at the age of nearly 41. I have a couple of platforms that publish my work, and I understand that a few people have even read the thousands of words that I have written. That still motivates me and humbles me at the same time. I may not be the huge success that I wanted to be in my head, but I still have a body of work that I'm very proud of and a wider group of people who take some interest in what I have to say (from time to time, anyway).

I think that I at least partially meet the criteria for being a "success," even if my writing never equates to being a "real job." It's acceptable success, and if that's the legacy that I leave behind… I can hold my head high.