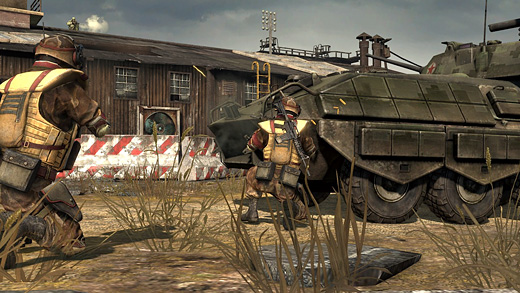 Last October, I wrote about what I perceive to be the dishonorable practice of review embargoes. I stand by my belief that the reason for many embargoes is to prevent early negative reviews for potentially spoiling sales of a game. Consumers can be excited about the game and buy it and launch day without reviews being made available until after many purchases have already been made. The cases of Medal of Honor back in October and of the recently-released Homefront are classic examples of using embargoes to this effect.

Homefront is turning into quite a mess for THQ. Sporadic reports of online multiplayer problems on day one were made worse as the day went along and reviews began seeping out from underneath the veil of the game's review embargo. Sites that broke the embargo as many as three days before it was lifted netted a Metacritic aggregate score of 88 back on March 12th. As I write this, the aggregate score has sunk to a 72. That's an 18% decline and moves the game, based on Metacritic's own definitions, from "generally favorable" to "mixed or average". Worse yet, THQ's stock values plummeted more than 20% on Homefront's launch day and many analysts drew a direct correlation between the stock value drop and Homefront's sinking review scores.

I'm hearing and reading testimonials from consumers who bought and played Homefront, and the experiences have not been favorable at all. Broken online play, sub-standard visuals, a very short solo campaign which doesn't even outlast Medal of Honor or Kane & Lynch 2, and various bugs and glitches all make Homefront sound like a arguable waste of $60 that could have been avoided if not for the embargo which at least initially saved the game from being ignored completely. I won't be surprised to start seeing copies traded in by week's end, much like we saw in the cases of Medal of Honor and even Bulletstorm, most recently.

There are valid reasons that review embargoes can be employed by publishers. Embargoes can level the playing field so that site traffic is based on userbase or writing quality rather than simply being first. Embargoes also allow ample time in many cases for reviewers to devote ample time to gameplay experience, rather than rushing through and creating sub-standard content. i understand the arguments here, but I personally don't buy into them because review embargoes aren't uniformly enforced. This isn't always the fault of the publisher, especially if sites that break the embargo acquire the game through a retailer that breaks street date. The offending sites in those instances owe nothing to the publisher since the game was bought instead of sent by PR or the publisher for free. 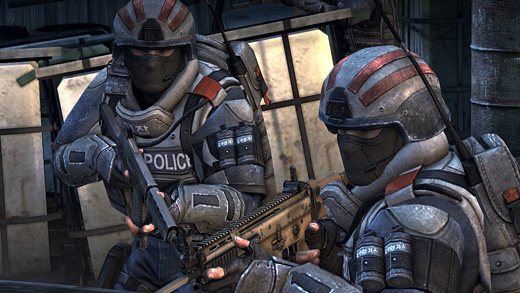 The problem is that there are other cases when sites tell PR sources or publishers that they're giving games a great score and are then given the green light to publish early, thus breaking the embargo and nullifying its purpose. This indirectly punishes sites who play by the rules and may potentially have some points of contention with the game in question. This tweet from Joystiq Reviews Editor Justin McElroy lends support to the notion that this kind of thing happens:

Hey video game friends? Please stop telling PR your scores so you can break embargo. You're hurting everybody.

If some sites get preferential treatment because they have glowing reviews of a game and can potentially inflate the Metacritic average while others have to bide their time and wait, then there's something very wrong with the system. Simply put, if you're not going to universally enforce review embargoes for all sites for whom you've sent review product to, then the practice of review embargoes should be dropped altogether. It's a shady practice made worse by selective enforcement.

I encourage you to check out this column on the subject, written by Dennis Scimeca. Although Dennis has made some edits to his original column and there seem to be more allegations than evidence, he raises some valid points. The four websites that broke the embargo date all had scores of 85 or higher, which set the early aggregate score at its lofty starting point. Dennis has put word out to the sites to find out how they received copies of the game early; since some retailers received Homefront as early as March 10th, it is possible that street date was broken and the sites didn't have to follow the embargo—but the possibility also exists that the sites were given permission to publish early. Will we ever find out what really happened? I doubt it. I do believe, however, that skepticism is warranted in this case.

Sadly, I believe that this Homefront example will serve as proof that publishers and PR need to not only continue the practice of review embargoes—but to also strengthen them and perhaps even stir discussions of extending them well into launch day in order to prevent negative reviews from impacting sales before units have a chance to sell. Worse yet, if reviewers wish to keep receiving review copies, they may be forced to play along without question. Perhaps this is a worst-case scenario, but it's also impossible to rule out… and that seriously harms the credibility of the industry and of the video game review process, all in the name of money.

Another strong column, Peter. An enjoyable read. I don’t really understand the emphasis on the importance of free review copies for gaming sites, that is sometimes the focus of this type of article. Surely that obscures the fact that the primary purpose of most of the mainstream sites is to make money by providing publicity and advertising to game publishers. From the initial breaking of news on a new game, through leaks, previews and hands-ons, right up to the point where the actual review is published, it is entirely an exercise in PR. The sites know this, and the readers… Read more »