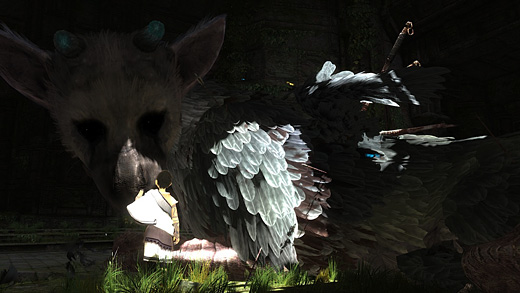 When my rather scathing opinion piece about the PlayStation 3 was posted, some rather hyper-defensive comments resulted. I'm going to address these people en masse, directly and firmly:

My piece was never meant to be one of persuasion or of taking sides in some console war that some people are still fighting for some ridiculous reason. It's all well and good that some of you are taking up your verbal swords and shields in Sony's honor here, defending your purchases and console preferences. Your opinions are noted, your objections are on the record. Good for you that you're happy with your PlayStation 3 experiences.

As a consumer, I'm disappointed and stand by my criticism. Unless Sony proves to me that its next console will be a different and personally more acceptable experience, I'm not buying it. For the record, I'm still disinterested in the Wii U and have skepticism about Microsoft's new platform. There's a good chance that I don't buy any of the next-generation hardware and decide to go completely retro. But let's address the complaints…

"Your Xbox 360 broke. How is that better than your still-working PS3?"

You're right. My Xbox 360 did break after 42 months. I'm aware of the lack of hardware reliability. I'm not at all happy about losing more than 170 downloaded games. At the same time, when the 360 did work, it was a really good experience for me. It hit on all of the key points that I wanted in a console: I preferred the Achievement/Gamerscore system over the Trophy system, there are a lot more arcade/coin-op conversions via Xbox LIVE Arcade than there are via the PlayStation Store, and multiplatform games run better on the Xbox 360 hardware (which I'll come back to below).

I don't care honestly who is at fault for substandard multiplatform games on the PlayStation 3 console. My experience remains that a majority of these multiplatform titles are worse than their Xbox 360 counterparts. Your mileage may vary, but to me, it's been average to awful. That sets a scary precedent for the next console generation; if third-party publishers choose to stick with Microsoft as a lead platform, then it's not at all out of the realm of possibility for the Sony versions to run worse. As a consumer, this is not what I want. I want the platform that runs the majority of games best. Right now, unless Sony proves otherwise, that's likely to be Microsoft. Sorry, Sony fans. If you want to blame Bethesda and Treyarch for poor versions of games, go right ahead; they deserve it. That changes nothing for me, however, because these awful versions are still what the PS3 experience includes, and it's a turn-off. 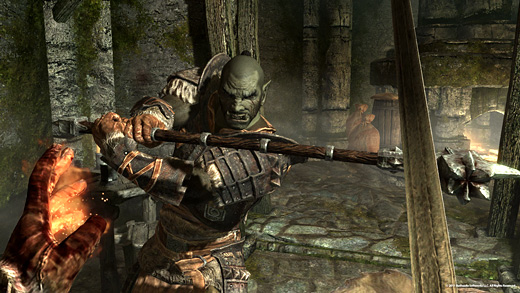 I will continue to harp on the mandatory installation issue. Save your "replace your hard drive" or "make a sandwich" excuses, because I'm not hearing them. If disc-swapping means that I save spending extra money that I would spend on a game instead on a new hard drive which I have to install myself and could potentially damage my hardware if I err, then I'd rather do that. That's my prerogative as a consumer. I don't feel that extra charges on top of the money I already paid for my hardware and that I pay in games should be necessary. If you have the money, ability, and tools to do a hard drive replacement… all power to you. I'd much rather not break my hardware, and I'd less rather have to sink even more money into the console when 120GB really should be more than enough when I'm talking about disc-based games.

In terms of PS3 exclusives, I again remind you that your mileage may vary. You may like them, and that's fine. They did very little for me over the course of the PS3 lifespan. Metal Gear Solid 4 and the Yakuza games are the extent of the PS3 exclusives that got my attention. Even if the 360 had fewer console exclusives that attracted me, the fact that it runs multiplatform games better– which accounts for the vast majority of software– tips the scale away from the PS3 for me. I've already listed the games that interested me; if others interested you, that's fine. It's irrelevant. I don't want to or need to be converted.

"Trophies and Achievements are stupid."

Same idea goes with the poorly implemented Trophy system. Good for you if you feel that Achievements or Trophies shouldn't matter. I won't try to change your mind, because you have a right to feel that way. The idea of earning Achievements and Trophies to me promotes replayability and entices me to try all kinds of games. The Trophy system is cumbersome (always syncing) and to me isn't as organized as the Gamerscore and Achievement systems that Microsoft has set up. Some older PS3 games don't even support the Trophy system, whereas all Xbox 360 games do. That's a selling point for me. If you like the Trophy system, good. I don't. Sorry.

Here are a couple of parting shots for the Sony Defense Force:

The funny thing about all of this is that I used to be such a stalwart Sony supporter. I still adore the PlayStation and PlayStation 2 platforms. And yet now that I'm disappointed and unhappy with the PlayStation 3, I'm termed a "fanboy" by self-deputized members of a company defense force. Reaction without research or even knowing who you're picking a fight with is such a silly thing, and for what? Because one person prefers another console over yours?

Apparently, yes… and that's too bad.

I think “multi platform mess” and “trophy problem” are the only absolute problems. Yes, most 3rd party games are worse on PS3 (Specially the likes of Beyonatta and Fallout New Vegas) and yes, the half-assed implementation of Trophy system is really unappealing even to a fan of game numbers and high scores like myself. Excluding those 2, things are more personal and complicated. For example, I consider the Demon’s Souls to be THE best game of this gaming generation. For someone like me, that alone justifies the existence of PS3. Yes, a single game. No, I’m not super rich. Yes,… Read more »

I got the recent holiday bundle with Uncharted and Infamous and the one thing I don’t get is why the damn thing has to install everything. No, I am not talking about installing from the Blu-ray disc. That part is necessary to overcome the limitations of the optical disc format. It’s a great feature on the Xbox 360 as well. What I am talking about is that it installs even downloadable items, and it takes quite a bit of time to do it. On the Xbox 360, once an item is downloaded, it is ready to go. Not so on… Read more »

What about “I smashed my Xbox against the wall last year for the migraine inducing operating noise it makes” On a serious note, for multi-platform games I will read reviews to see which versions have graphical\gameplay deficiencies. Clearly if the PS3 version is deficient I will opt for Xbox, but all things being equal, I will buy the PS3 version for the quieter operating noise. On the subject of exclusives, if you limit the discussion to QUALITY exclusives (i.e. only those games actually worth playing) then PS3 is clearly superior for originality. Xbox quality exclusives tend to be shooters ala… Read more »

How did you lose 170 digital games exactly? Was it just because your 360 stopped working and you didn’t get it fixed or replaced? Or some other reason? Your download history will always exist to retrieve those games you know, you can even transfer the license to a new console if you end up getting a replacement.

My first console this generation was a 360. Loved it. It died after two years. I was annoyed, but I had a store warranty so received a free replacement. It is still going strong, and getting the most use. I bought a PS3 for Demon’s Souls and The Last Guardian. So I am 50% disappointed, since it seems the latter will not be released. Ever. I know that paying for Xbox live is a joke, but I still do it. Why? After the PSN was hacked, I could no longer play my PS3 while connected to the Internet. Everything lagged,… Read more »

I like my PS3 and love Demons Souls, Infamous is good but as you get away from a few good to great titles(still waiting on the HD remake of Strangers Wrath on PSN) its a bit lacking. I do like their dashboard and menus more, love the backwards compatibility of the lunch console, but I guess these are mostly minor things. As far as general gaming goes my 360 and PC get more attention, mostly because the games are cheap and both have a larger library. The WII gets the least amount of play simply because it has more of… Read more »