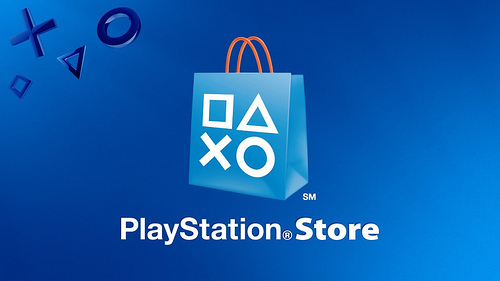 Back in 2010, when Sony announced that it was moving its PlayStation Store updates to Tuesdays from Thursdays, it seemed like a good idea. While the company claimed that the move had nothing to do with getting ahead of the Wednesday updates that the Xbox Live Marketplace has, beating Microsoft to the punch wasn't a bad by-product. Getting releases before the Xbox 360 does can get impatient consumers to buy earlier on the PlayStation Store instead of waiting the 12-18 hours to get it on the 360.

Unfortunately, there's still a very large obstacle that Sony still hasn't managed to overcome after all this time: its inconsistency in its update time for the Store. Sometimes it's early afternoon here on the East Coast. Sometimes it's around dinnertime. Still other times, it's later at night after many have retired for the evening. Compare this inconsistency to Microsoft's clockwork in updating the Xbox Live Marketplace. Every Wednesday morning between 3-6am Eastern, the Marketplace updates… without fail.

It's unacceptable. It's also indefensible.

Add monthly PlayStation Network (PSN) maintenance to the equation, including half a day's worth on Monday April 15th and more maintenance during Tuesday night, April 16th. Maintenance after maintenance, which then led to still more maintenance in the overnight period between Tuesday night and Wednesday morning. What the heck happened to damage the network that was supposedly being serviced during most of April 15th? Worst of all, publishers missed out on a solid 8-12+ hours of sales for their digital games and add-ons because of Sony's problems. Perhaps the update goes through overnight, but it's more likely to be up after Microsoft has already done the same for its Marketplace. Advantage lost. Well done.

Not that Xbox Live is immune to downtime—the service took a digger on the 13th and was problematic for some users into the 14th, which basically killed at least half a weekend of play. However, there's no denying that Xbox Live is functioning more often than PSN is. There's no monthly scheduled maintenance to speak of, where users are required to log in beforehand or else be locked out of the service until the maintenance ends. Even as a Free XBL user, my access to leaderboards and to the Marketplace is rarely affected. Certainly not monthly or even bi-monthly, as PSN is. And, again, the Marketplace updates in the same overnight window every Wednesday. No delays. No excuses. It just happens.

With as much as people are hyping Sony for a big comeback this generation with the PlayStation 4, I sure hope that the company works out and eliminates this need for constant maintenance and figures out how to properly and consistently update its digital marketplace. It's not 2008 anymore. It's 2013. Somebody needs to identify what the issues are, correct them, and position the service as a value and not a technical hindrance as the new platforms step forward later this year. It can't be that hard. Microsoft and Nintendo both update their digital marketplaces consistently and promptly. There are no valid excuses to explain why Sony cannot do the same.

Hi Peter, Some good points made but I wouldn’t go so far as to call it “indefensible”. Here in europe, there are some pretty hefty bouts of updating – but I would take it and more for the simple fact that Sony actually reward loyalty. I own both consoles, and with my PS+ accounts I get free premium titles all year round, and the option to play online and use apps like Netflix even if I decide not to pay a penny. Compare this to Microsoft, who insist the customer pony up for a Gold Subscription before even letting them… Read more »