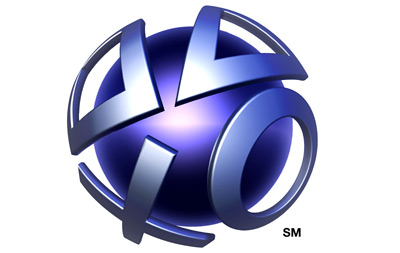 As of the time of this writing (May 12th), the PlayStation Network enters its third consecutive week of downtime, there are some signs damaged relations between Sony and PlayStation 3 software publishers and developers… as well as with consumers. It's a battle that is being fought on multiple fronts, and the casualties mount with each passing day.

Damage to the relationship between Sony and PlayStation 3 owners is the most obvious. There are more questions than answers as to when the PlayStation Network is going to come back online, and consumers are losing their patience despite promises of free games and free trials of premium services. Anecdotal reports of PlayStation 3 systems getting traded in towards Xbox 360 units are gradually increasing in number. Message boards and news articles are becoming populated with more and more vitriol towards Sony's handling of the whole situation. Consumers are unhappy with being unable to redeem preorder bonus codes, and this may turn into a nightmare when L.A. Noire hits stores next week with its preorder DLC. The scales are tipping more towards angry reaction with each passing day, and it's certainly possible that Sony won't be able to win consumers back even after service is restored.

Sony may also have to deal with damaged relationships with developers and publishers. Representatives from Capcom and THQ went on record this week mentioning that PlayStation Network downtime has cost their respective companies at least some revenue. Q-Games' Dylan Cuthbert (of PixelJunk fame) went on record with IndustryGamers to suggest that Sony may risk losing developer support if they don't do something to help offset the loss of revenue caused by the extended downtime period. Several notable software releases have been adversely affected by the downtime; Mortal Kombat, Portal 2, and Brink all boast significant online multiplayer components that have been rendered effectively useless with the PlayStation Network. So far in the public eye, developers and publishers are generally taking the high road; however, it's not a stretch to think that there's more than a little tension going on behind the scenes as alternate revenue streams have dried up thanks to the suspension on PlayStation Store operations. Until that service is restored, consumers cannot purchase downloadable games or DLC add-ons… and that's potential revenue that might never be recovered.

There's also the retail angle to consider. Edge reported that trade-ins of PlayStation 3 units are on the rise and that Xbox 360 software sales are up. Call of Duty: Black Ops is the prime example being used in the article, and the numbers are eye-opening. Look at these sales splits for Black Ops in the UK  before the PSN downtime and then afterwards:

As you can see by the two splits, the gap between the Xbox 360 and PS3 versions has widened considerably. Some of this can be attributed to the availability of the Escalation map pack DLC, but the trend has been noticeably down.

The situation hasn't yet reached critical mass, but with each passing day that the PlayStation Network is not 100% operational, tension and anger are certainly rising on multiple fronts and the road to recovery for Sony looks to be a long and costly one. Hopefully they're able to hit that road running because the PlayStation 3 is a great gaming platform and plenty of great games still remain in the pipeline for it.

The Naked City case/badge pursuit is available on 360 as well. The Ps3 case is the Consul’s Car Traffic case.

I bought the PS3 version of LA Noire on the basis of 1) The additional content (Naked City and Badge Pursuit) that gets bundled in with PS3 release (UK version) 2) At some stage, PSN being fully available again Cost to Sony? – the revenue from the bundled content, any compensation to the developers/publishers. However, with your Black Ops example, the cost to Sony is not only that they will lose unit sales, they will also implicitly lose any lock-in revenue derived from additional content. For multiplayer oriented-games such as Black Ops, this is crucial as the margins on multiplayer… Read more »

Agreed. It does seem quite pointless to post an 8 day old opinion piece on such a fast-moving story. Pretty much the entirety of the post – certainly the speculation and opinion portions of it – had been made irrelevant by the time it was published.

Why such a delay? This is the internet, after all!

When did you write this? It’s post date is on the 20th but LA Noire came out on the 17th, not “next week.” And the PSN has regained limited functionality at this point. I’m somewhat interested on your take of current events, but posting this seems irrelevant at this moment. Maybe an update to the post with more current information would be possible?