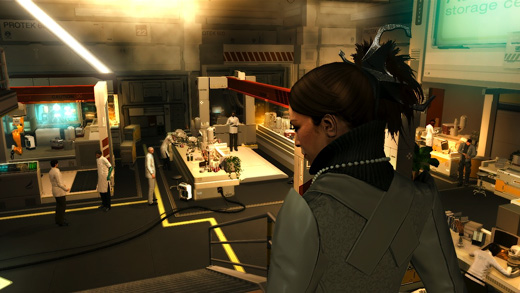 My analysis of video game sales data and trends for August is now live over at KmartGamer.

I do have a few additional thoughts to share with you, before you head over and check it out:

Microsoft should be pleased with moving another 308,000 Xbox 360 units, especially during a pretty dry month for new game releases. As I mention in the analysis piece, Microsoft will likely interpret this as a signal that a price drop isn't needed for at least the rest of 2011. That doesn't mean that the company won't be offering some interesting deals. Bundle SKUs will be common, especially in Q4, so consumers looking to get an Xbox 360 will have several value choices to make. I haven't heard anything official about a "holiday bundle" as of yet, but I do believe that one is coming.

Although Sony was the only company to not share its unit sales for last month, I can tell you that the numbers aren't bad at all. I think that there's a little bit of disappointment that the PlayStation 3 was unable to pull ahead of the Xbox 360 for the month, but the PS3 was only down less than 5% YOY. In a month where everyone else was off by at least 13%, that's a good sign. Sales of PSP units were also pretty steady, which is surprising given the lack of software. Sony's Patrick Seybold did mention that there were some "supply constraints" (again?) for the PS3, but I doubt this played a major role in the closing data.

I know that I talk a lot about the deflation of the Wii bubble, but I do believe it has a lot to do with saturation. The LTD (Life-to-Date) number for the Wii is over 35 million units, and that's after less than six years. I think that, if the $100 Wii shows up for November or in early 2012, there's one more spike for console sales in the offing. The Legend of Zelda: Skyward Sword is a potentially significant reason to own a Wii, and as Nintendo marks down prices on re-releases going forward as part of its Wii Selects line for $20, the Wii becomes a relatively inexpensive gaming platform with other uses (such as Netflix). I don't know for sure if we'll see the $100 Wii here, but it makes sense to me given that the Wii U is still at least 8-14 months away from release. It bears watching.

The lack of Madden in August had a ripple effect that cannot be understated. It precluded potential hardware sales, plus it hurt software sales for Electronic Arts and for each platform. Knowing that Madden is carrying into September, however, the news should turn positive as at least two million-plus sellers should bolster the software market and Electronic Arts should bounce back nicely after a dismal YOY month. The only concern is that putting Madden so close to big sellers like Gears of War 3 and even Dead Island and Resistance 3 can eat into potential sales even though the genres are drastically different. When I receive the numbers for September, it will be interesting to see final numbers for all of these titles as all of them should make it into the Top 10.

It makes a drastic difference to have all of the data (as I now have) to work from when performing analysis. There's a lot to take in, and while it's easy for people to pick on Michael Pachter, Jesse Divnich, or other analysts for having easy jobs—it's still difficult to accurately predict where the industry is going. I now have a better picture of what's happening and can make more informed opinions and predictions based on these numbers. I can also see why the data is so protected. Not only does it cost tons in employee hours, research, and effort to compile and produce… but making some of the data public could cause lots of conclusion-jumping. It'd be too easy to proclaim that the sky is falling and that the industry is in big trouble if you looked at August's numbers alone; however, the best analysis is formed by gathering all of the data and looking at trends. August looks like a terrible month, but had Madden 12 hit stores even a week earlier, the damage would have been far more limited.

I hope that you'll take a look at the KmartGamer piece. Feel free to leave comments here, there, or drop by any of my social networking accounts on Twitter, Facebook, or Google Plus.