Since NPD stopped sharing its domestic sales figures with the press (and therefore the general public), it's very difficult to pinpoint numbers and interpret larger trends. Over at NeoGAF, fellow armchair analysts have taken the time to sift through press releases and have posted what available information that's been released regarding November's sales numbers. I'm going to borrow from that data to forge a bit of analysis.

Looking at hardware, the Nintendo DS looks to have finished on top, moving about 1.5 million units in November across all SKUs. This number was undoubtedly fueled at least somewhat by the release of several special edition bundles, most notably Nintendo's limited red DSi bundle with Mario Kart DS that commemorated the 25th anniversary of Super Mario Bros. The DS platform keeps on selling, and this is good news for Nintendo leading up to the release of the 3DS in March 2011. The Nintendo DS brand still resonates strongly with children and young adults, mainly due to its portability and its flagship IPs including Mario and Pokemon. I am expecting December sales of the platform to trend slightly downward, but still remain strong as many units will be bought as gifts through the remainder of the holiday shopping season.

The Xbox 360 platform ranked second in November sales, with a projected number of 1.37 million units sold across all SKUs. This is pretty much in line with what I expected; Microsoft has been dominant in the fourth quarter of 2010 and the Xbox 360 has performed well above sales expectations all year. It's no secret that Kinect has been a major influence on sales in November; it was the best-selling accessory last month and demand is increasing as supplies have become limited. Supplies of the 250GB Xbox 360 "S" hardware have become seriously constrained; in fact, Microsoft has warned several retailers not to expect replenishment of this item for the rest of 2010. That leaves a window of about three weeks of tight supply, and that could bode negatively for sales of the platform in December. 4GB models are still available in most locations, but having to pay what amounts to a $30 penalty to have to buy the hardware and the 250GB hard drive a la carte is leaving a sour taste in the mouths of consumers. The one saving grace for Microsoft in this case is that hype and demand for Kinect will likely continue to drive demand for the Xbox 360 platform well into the first quarter of next year, leaving time for the re-routing of hardware to markets that need it to satisfy demand in early 2011. 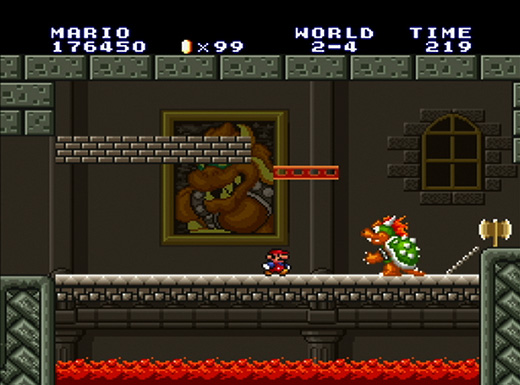 Nintendo's Wii platform came in third overall, moving about 1.27 million units. November marks the sixth straight month that the Wii has been outsold by the Xbox 360 in the United States, which is the longest such "losing" streak for Nintendo since the Wii debuted four years ago. The good news for Nintendo is that Wii sales for November were about 1% higher than last year, which is an improvement compared to the past few months when sales had been down versus the same time period a year ago. It can be argued that the numbers for November show that Nintendo is weathering the Kinect storm and managing to hold its own with a platform that's come under serious fire from analysts of late. While the "Wii bubble" is deflating, the platform is still a sales force to be reckoned with. What's more, the Wii had two of the ten best-selling games in November in Just Dance 2 and Donkey Kong Country Returns. There's also a chance that the Wii could move back ahead of the Xbox 360 this month, thanks to the 360′s tight supply and Nintendo's release of Super Mario All-Stars at a budget price. Outside of this month, however, I expect Wii sales to resume its pattern of gradual decline and I also believe that E3 in 2011 could very well unveil Nintendo's next console. (Yes, I'm calling my shot now.)

Bringing up the rear for November sales is the PlayStation 3, which has had a fairly disappointing sales year. Only 530,000 units were reportedly sold last month, meaning that the platform was beaten soundly by its competition. That's despite an attractive holiday bundle with two free games and another bundle with the PlayStation Move Sports Champions set. The buzz for the PlayStation 3 has been all but absent for a lot of 2010… and when it has been there (for PlayStation Move, for example), it's been short-lived and succeeded by something else. December should be at least a little better for the PS3, given that Gran Turismo 5 will have the entire month with which it can sell units. From there, the first quarter of 2011 has the potential to be strong for Sony with Little Big Planet 2 (January) and Killzone 3 (February). We'll see if 2011 may finally be the long-awaited "Year of the PS3".

Turning to software, seeing Call of Duty: Black Ops at the top of the list for sales should surprise nobody. The fact that Black Ops already ranks #7 on the all-time best-selling games list after less than one month is astounding. Across all platforms, Black Ops moved 8.4 million units in November. That's a staggering number. Assassin's Creed Brotherhood also broke the million mark in November, selling 1.14 million units to rank second. Just Dance 2 for the Wii was third, followed by Madden NFL 11 and Fable III. Donkey Kong Country Returns for the Wii finished just outside of the Top 5, but its sales of over 430,000 units is pretty impressive given how late in the month that the game arrived at retail. According to various reports, Need For Speed: Hot Pursuit barely outsold Gran Turismo 5 as both games finished in the 7th and 8th spots, respectively. NBA 2K11 was 9th, and Wii Fit Plus rounded out the Top 10. 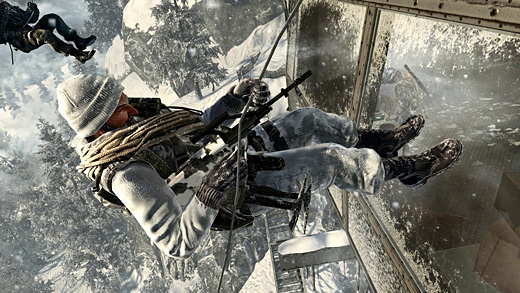 November was a successful month for console video game sales. Microsoft, Nintendo, Activision, and Ubisoft were the big winners, and the Xbox 360 continued its run of dominance that's spanned a good portion of this year. Before this month's analysis comes to a close, let's make some hardware predictions for December:

That's all for this month. I'm going to try to put together a list of predictions for 2011 soon to close out what's been a remarkable year for the console gaming industry in many ways. In the meantime, your feedback and comments are always welcome. Feel free to chat me up on Twitter, as well.

Have a happy and safe holiday season, and thanks for reading Consoleation. Look for more consistent updates and content once the holiday shopping season ebbs and my schedule returns to normal.