First off, a big thank you goes to GameCritics.com for picking up my reaction piece on Ledesma-gate. I see that my viewpoint has incurred about equal amounts of commenters for and against my viewpoint, and I guess that batting .500 isn't too shabby. I see that at least one commenter works in the industry, and naturally his comments were the most harsh. Being on the opposite side of where he stands, as I am a consumer of his goods, I guess that disagreement is natural. He wants to make money, and I want to be able to afford his goods. We're both right, and we're both wrong.

What's unfortunate in all of this is that Ledesma's comments have not only damaged relations between the industry and its consumers who read Ledesma's views… but they've also succeeded in widening a rift between the haves and have-nots when it comes to this form of entertainment that we all enjoy. Charges of entitlement are flying back and forth and the argument that video games are a luxury—or even a service—makes what was once touted to be "fun for everyone" into a select group of individuals who are financially fortunate enough to take part.

It's a disaster waiting to happen.

We all know what the easy solution is: Get members of prominent game publishers and prominent resale retailers together and hammer out some sort of financial agreement. That solution, however, isn't going to happen as long as you or I are not in charge. Both sides have obligations to their respective investors. If resellers agree, their profits dwindle and shareholders will find another venture that may be more lucrative. As long as the agreement doesn't occur, the industry will continue to wage this war on resale and there won't be a winner when it's all over. In fact, if the industry was actually successful in the removal of resold product and decided not to adjust their pricing scheme, it's highly likely that the financial state of the console gaming industry would be far worse than it is now.

If recession-like economic conditions continue, which is likely for at least the next couple of years, eliminating cheaper alternatives than new $60 games will erode the consumer base. That's not a prediction; it's a fact. We'd be looking at a firm IF/THEN argument; IF you don't have $60, THEN you won't be buying these games. Sure, there may be sales now and again, but with several periods each year when there are more than a handful of new releases for each platform, many games are going to be ignored and left on store shelves. This will lead to retailers not being as bullish on console games as a viable revenue stream as the industry will have lost popularity and the depth of its consumer base. That leads to smaller amounts of retailer purchases of games from publishers, which then will lead to more closures and consolidations. Over a decade's worth of growth will be lost in a short time, and other—cheaper—sources of entertainment will be sought.

Why are used games so bad? It's not a black and white scenario. Many consumers sell or trade games to be able to afford new releases. I'll admit that I've done it for years. In fact, I sold my entire NES collection and other games back in 1999 to FuncoLand and gained enough store credit to buy $700 worth of new Dreamcast hardware and games. Note the bolded word there: NEW. A fair amount of that $700 went right back to the industry, with FuncoLand receiving a small profit on the sale. They got their profit from me when I willingly traded in my games for less than they were worth. The industry won, the retailer won, and I won. I do the same now. It makes me a second-class citizen in the eyes of the Industry Defense Force, but everyone really does win. It's the same scenario: I trade in games for less than I paid for them (reseller profit) to afford to buy new ones (publisher / developer profit) that I can enjoy (my own gain). Where's the loser here? Is it because the publisher doesn't make any more money from me or the resale retailer if the game finds a new owner? That's a shame, but the industry is already making money from the reseller to begin with.

And this incessant ranting about GameStop killing the industry? No. GameStop's #1 revenue driver is sales of new software.

Let me say it again, with emphasis: Gamestop's #1 revenue driver is sales of new software. 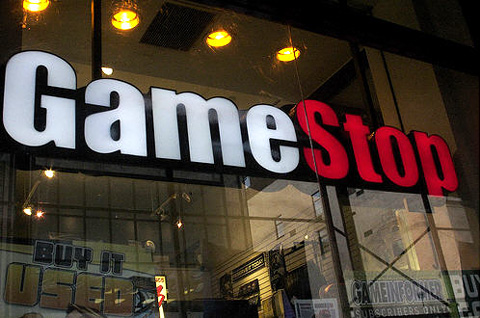 As with any business, there are certainly some GameStop business policies that can be debated. Gutting of new games. Questionable trade-in values. Occasionally over-emphatic employees begging for subscriptions and preorders. GameStop isn't anywhere near perfect, but they're also doing business well enough that they're still here and making money in a time period that's seen Game Crazy go by the boards and Blockbuster's Game Rush experiment fail. There are lots of myths out there about how GameStop does business, and a lot of online embellishments of in-store experiences that become gross generalizations. Despite what you may or may not agree with about GameStop's policies, the company isn't worse for the industry's financial well-being than GameFly, Goozex, yard sales, or Goodwill.

How about those who buy used games? People have been doing it for years without having to be harangued or made to feel like a second-class citizen or criminal. It used to be called "getting a good deal". Now it's some sort of moral dilemma. Again, there's no black and white here; if you buy used, you're a (legal) pirate. It doesn't matter if you've bought once or plenty of times. Think of the developers… think of the publishers. If you want better games, buy the "right way". You know, outside of this bubble called the internet, consumers honestly don't care about the developer, the publisher, or even what some no-name blogger has to say. He or she has a budget and sticks by it. If he or she wants a game, that person is oftentimes going to buy cheaper if possible. Impulse shopping has been a revenue driver for video games for a long time; if a game is cheap enough, some people will drop the money on it. It's not about putting money away each week like Wal-Mart layaway and rejoicing when you finally have been able to stash enough away that you can afford this luxury. Maybe for the hardcore gamer, budgeting and savings are a way of life… but for everyone else, it's a snap decision: Buy now as cheaply as possible, or table it and see if money becomes available in the future. I see this ALL THE TIME. Sometimes they come back, sometimes they'll buy it used, and I've even seen cases where the consumer has flatly said that games are too expensive and that he's going to "sell the damned thing."

I would think that, rather than locking features, cutting content for future DLC, and basically trying to nickel and dime what's left of its consumer base, the console gaming industry would instead think about how to not get back to gaining more consumers… but also try to use incentives instead of what's viewed as punitive actions to maintain the consumers that it's been trying to build for years.

We've all said things this week that probably should have been held in check. What we need to do now is find real solutions and enact them before it's too late.

I still don’t see how we customers should be upset by Ledesmas initial comment. He essentially said that used game buyers now get an actually used game. (and the new buyers the complete product) It will not be as used as in the past, i.e. new, flawless, which means it will have some “malfunctions”, “scratches”, a real pre used condition, like every other physical product, with the exception that you can repair it to be again “brand new”. We’re in recession? And they not? They also have to look where they get money. Big budget games may be canceled in… Read more »

Excellent discussion, I’d just like to add my tuppence worth. From an economics 101, social welfare perspective the developers (who are people too!) are just rationally trying to maximise profits in a monopolistically competitive market where profits are driven downwards by games that are highly substitutable for one another. Profits are important because without developers there are no games, and there has to be an economic incentive for skilled workers to become developers. Low profits are the reason why game developers are paid so poorly relative to say bankers. At this point, I would like to make a suggestion that… Read more »

As I see it, both consumers and developers are victims of the system. I guess this is how things really went: some big suit in the upper floors suddenly discovers he has to have 1 day less of vacations this year, because of the economic recession. So he has to make up a story to gain back the extra money he needs for his rightful vacation day, and voilà here’s the used games dilemma. Let’s face it guys: gamers and developers are both poor chumps. The thing is we got so used to be like this, that we accept this… Read more »

[quote=joe]Game companies can charge anything they want for their games. No one is saying they shouldn’t be allowed to operate their business, as they see fit. But I am also free, to only buy what I feel is worth the money.[/quote] Exactly. The games companies arn’t doing anything illegal by setting new releases at such a high price. We, as consumers, are not doing anything illegal buying secondhand games. There’s a moral decision if you want there to be, certainly- but to be honest, I don’t give a fuck if my money ends up in the hands of a greedy… Read more »

Game companies can charge anything they want for their games.
No one is saying they shouldn’t be allowed to operate their business, as they see fit.

But I am also free, to only buy what I feel is worth the money.

If only wage increases matched inflation… but, in reality, wages really haven’t moved that much in the last decade, either. My opinion certainly isn’t the only valid one out there. Believe me. I have a lot of passion about my stance on the topic, but I also believe multiple opinions fine. What I take issue with– and the whole reason for my string of discussion on the topic recently– was how Cory Ledesma made the mistake of saying out loud and on record what we all know the industry has been thinking since the industry started to decline. That’s his… Read more »

I wish the rest of the world worked on the same inflation scheme as video games. They’ve only gone up $10 in the last 20 years. Yeah. $10. That’s it. Books have increased over 100% in the last 20 years, and you’d better believe it doesn’t cost $30 million to write a book. It DOES cost that to make a video game. Games have to sell 2 million copies to break even, not even make a profit. You sound like you’re really upset that there’s a moral question involved in your purchasing. There is. There always is. You’re just unhappy… Read more »