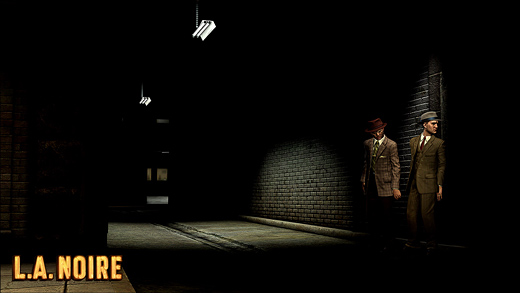 is one of the most anticipated games of 2011. The premise is unique, as gathering evidence and solving cases are going to be at least as important as any other features of gameplay. The motion capture looks amazing. The voice acting sounds fantastic. There's a lot to be excited about when the game finally emerges next month.

Unfortunately, L.A. Noire is also set up to be one of the most segmented game releases in recent memory. In fact, unless you own a PlayStation 3 and you purchase the game from both GameStop and Wal-Mart, you will be missing out on some cases that make up the overall experience. Other retailers are offering DLC items—which are bad enough—but this move to start ransoming parts of the single-player experience based on which retailer you buy the game from or on which console you have is, well, a crime.

Rockstar Games, the publisher for L.A. Noire, is quick to point out that the exclusive cases that consumers get for pre-ordering at either GameStop or Wal-Mart will be available as paid downloadable content some time after release. This is not a victory for anyone other than Rockstar, which gets to make even more money off of consumers for content that, arguably, should be in the game to begin with. The console-specific DLC is going to be a strengthening trend throughout 2011, as Sony and its "Only on PlayStation" mantra seems to indicate that the company is looking to foster the addition of specific content in multiplatform games that are on the PlayStation 3. Retailer-specific DLC, however, is the biggest problem.

Game reservations have their importance. Purchasers for retailers like having some sort of metric to use when determining how many copies of a game that they need to order to satisfy consumer demand without buying too much. Reservations used to be a lot simpler. Back in the days of FuncoLand, for example, you just gave your name and phone number to an employee. That gave the store manager some idea of how many copies that his or her store would need when the game came out. In return, sometimes there were small trinkets that publishers would provide in exchange for this. T-shirts, dog tags, and other small tokens of appreciation changed hands. The big problem with this "honor system" was that many customers would not follow through on the intent to buy reserved games, leading to excessive copies of games floating around. 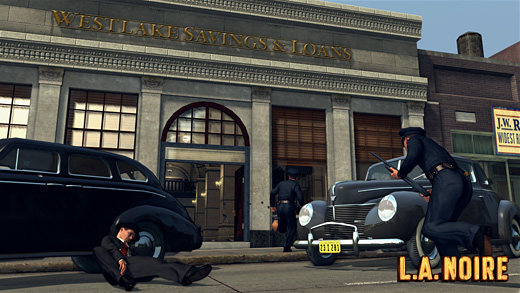 When GameStop (and other retailers) moved to asking for a small down payment, the thinking was that the exchange of funds would respresent an early investment in the game and that more consumers would follow through and buy the game when it came out, or shortly thereafter. Reservation bonuses from publishers were still around to sweeten the pot. Up until this console generation, the pre-order system made sense for all sides; retailers knew how much to buy from publishers, publishers made their money, and consumers were guaranteed their games and sometimes got something tangible out of the deal.

Then… this console generation happened, and now the reservation system has gotten way out of hand, and it's the base consumer that loses out.

Publishers still get what they want, as retailers are still buying their games. Gaming-specific retailers use reservations as metrics to determine an employee's worth, forcing employees to aggressively seek reservations from consumers and make the game-buying experience less cordial and more like an interrogation. Reservation bonuses are rarely tangible anymore; we've gone from T-shirts and pens to downloadable content like extra guns and costumes, which used to be included for free in games a generation ago. When it comes to part of a gameplay experience, such as levels, characters, or cases, these bonuses become items of ransom. In order to get these parts of the game, you have to reserve it at specific retailers… or you pay extra for it as DLC at some point, meaning that the $60 game is no longer $60.

, it's not just one retailer that has this "ransomware". It's now two different retailers, each with its own specific case to offer. Even if consumers cave to GameStop and reserve the game there, a case (or potentially two) is still missing. It's simply not possible to buy the full game with $60. It doesn't matter how insignificant that you may consider these DLC cases to be, the fact is that they're part of the overall game and have been stripped out for ransom—or for alternate revenue above and beyond the arguably exorbitant price tag that remains for these games.

The reservation "bonus" is no longer a bonus. It's the ability to get closer to playing the full game as it was intended. It's legal extortion, and that's one case that Cole Phelps won't be taking on come May 17th.

[quote=Crofto]Interestingly only on a site which doesn’t feature heavy advertising from gaming companies; all he “big” gaming ‘sites/magazines hardly ever prod this subject, despite the evidence that it’s a massively hot-topic with many gamers, so make of that what you will.[/quote] DLC as a topic was mentioned in various gametrailers.com bonus round episodes and in Pach-attack of course too?!? I don’t visit IGN or gamespot or whatever is considered big, but 4players.de is afaik quite big in Germany. They have ads and they piss off publishers quite regularly. While also selling games themselves in the 4p-store. a pretty recent translated… Read more »

Hover your cursor over the picture of LA Noire above, and what happens? An invitation to pre-order the game at amazon, who offers you 10$s off another game, as well as an exclusive suit for Ken to wear!

[quote=RandomRob]Typical of most software these days, the market is rife with franchises that publish add-on content. The whole definition of of what ‘finished’ product IS is now very vague. And then again, it’s not. Game begins, you play it, you finish it. Missing a scene does not change that experience. Any scene that’s not foundational in telling a story can be added or subtracted with no impact on the narrative. Television writers have known this for years. You write a script that can have any scene dropped, because key info is already littered throughout EVERY other scene. [/quote] It’s not… Read more »

[quote=Crofto] You know for a fact publishers will keep pushing it and pushing it until something is done. Hoping that people simply “don’t buy it” isn’t good enough; I think it’s pretty obvious most gamers are idiots*, so we’re losing that battle already. We need to get this issue highlighted and see what can be done, if anything.[/quote] While I’m firmly in the ‘Buyer Beware’ camp, I have a lot of sympathy for this viewpoint as well. However what intrigues me is this marketing effort by Rockstar. I can see DLC or extra content being specific to one console, like… Read more »

I’m not aware of the thing with World of Goo, but my comment was more directed towards people who happily buy costumes for Capcom fighting games when they should be on the disc already, or the infamous DLC pack for BioShock 2 that was actually proven to already be on the disc.

[quote=Crofto]True, but I personally think it’s a form of fraud, and I’m sure many others do too. I don’t think it’s justified, I don’t think it’s fair, and I don’t think it’s right. It’s “our” decision to buy the game, but we’re inherently buying it as an unfinished product unless we buy several copies or download codes to gain the 100% content; the content itself may be crap, but that’s not the point.[/quote] Actually, as consumers, we buy videogames ‘as is’. Typical of most software these days, the market is rife with franchises that publish add-on content. The whole definition… Read more »

[quote=Crofto]We need to get this issue highlighted and see what can be done, if anything.[/quote]
Agreed, but respecting the truth, don’t radicalizing the facts helps to stay on the righteous side.
The offer is some exclusive extra stuff you can buy separately, and pay more. No one’s forcing you to buy it, or buy the game at all. Except yourself! There is no hidden small print afaik.
Pay more if you want the full (excluding upcoming DLC…) experience. Decide!
Simple as that.

[quote=crackajack][quote=Peter Skerritt]this move to start ransoming parts of the single-player experience based on which retailer you buy the game from or on which console you have is a crime[/quote] No, it’s not. It’s still the customers decision, as it always was.[/quote] True, but I personally think it’s a form of fraud, and I’m sure many others do too. I don’t think it’s justified, I don’t think it’s fair, and I don’t think it’s right. It’s “our” decision to buy the game, but we’re inherently buying it as an unfinished product unless we buy several copies or download codes to gain… Read more »

Maybe i wait for an “Ultimate Cut” or if the DLC is reviewed to be unnecessary crap i might buy later. But “extra”-stuff definitely won’t force me to pay more.

[quote=Peter Skerritt]this move to start ransoming parts of the single-player experience based on which retailer you buy the game from or on which console you have is a crime[/quote]
No, it’s not. It’s still the customers decision, as it always was.

But giving out exclusive missions and actual parts of the game (such as the badge collecting) is too much! We really need to put an end to this ridiculous trend that has nowadays taken over the industry.

Say NO to pre-order bonuses.

this article makes more sense if you assume the DLC is good. Me? I tend to find most Rockstar product/missions/bonus baloney desperately same-y no matter which genre or game it is. The fact that LA Noir is an unknown quantity is the only reason to be annoyed. (listen: would you actually be annoyed if you bought GTA IV at K-Mart and thereby missed a mission where Nico drove a stripper to a casino, only to get attacked by some gangsters and then being chased and having to lose a wanted level so that you could get the K-Mart stripper mission… Read more »

I agree. This is a complete ripoff, and I will not be buying this game. I’ll admit that I have bought DLC in the past – all of the Fallout 3 extra content, a Halo map pack here and there – but at least, most of the time, those extras felt like worthwhile additions. These days, companies like Capcom can release a game like MvC 3, at full price, and charge an additional $5 to unlock an extra character? That’s already on the disc… Seriously? I know that there are plenty of consumers who will say “don’t buy it if… Read more »

It is a joke. Don’t know what the exclusive bonuses are exactly in the UK, but I’m sure it’s a similar situation here- guess what? Because of this, I won’t be buying.