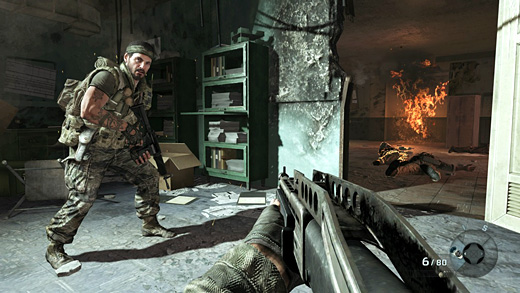 Sensationalist headlines could have casual observers running for hills when it comes to how this year's sales numbers compare with last year. Don't fall for this. Let's keep in mind that the newer Xbox 360 models—the Xbox 360 Slim—really flew off of store shelves last July. We're now a year removed from that and now YOY numbers will bump into that success. Big difference between 443,500 units last year compared with 277,000 units this year. At a bare minimum, that's a decline of $33.3 million dollars (for the $200 SKU). This should have been expected. Worse yet, Wii sales in July were about only about 190,000 units as compared with 253,900 last year. That's -25% YOY, but it's arguable that the Wii is at a point of saturation and is likely in its last 12 months of realistic shelf life. YOY declines for Wii should not be a surprise, either.

I discussed this on Twitter and I stand by my viewpoint: Weak results in software sales are at least partially attributable to video game publishers. The bottom line is this: If you don't release any games in a month, nobody is going to buy any games that month. It's common sense. The "slow season" mentality doesn't wash with me because publishers march so many games out in such a tight span between September and November. I want to hear legitimate reasons as to why July is a taboo month, or why better planning for development can't be carried out to ensure that a few games hit the July window. Spare me that "nobody buys games in the summer" argument, please, because that died when the average age for gaming consumers went over 18 years ago. Now Dad plays games, and he's not on a 12-week vacation. Why wouldn't he drop $60 on, say, War in the North if it came out in July? Instead, it's coming out in November and will likely be forgotten or ignored at retail because there are dozens of other titles that will pique his interest. Why can't publishers try leveling out their release calendars and maybe save some of these games that will likely fail during the holidays? I don't get it.

Power of the price drop.

Two unexpected games on the NPD Top 10 Software chart, Major League Baseball 2K11 and Fallout: New Vegas, enjoyed renewed success due to price cuts. MLB 2K11 dropped to $40 and Fallout: New Vegas went down to $20. The 6th position on the chart is the best that MLB 2K11 has done and also marks the first time it's made the Top 10. Price cuts matter, especially in this economy. Combine that with a slow release month, and you get instant sales. Other publishers should take notice.

Just Dance 2 is a sales monster. It's consistently been in the Top 10 since its release last October, and this is despite sales on only one platform (Wii), as opposed to multiplatform sellers like Call of Duty: Black Ops and Mortal Kombat. The game has now sold over 5 million copies in the United States alone, which is impressive. While the effect of Just Dance 3 going multiplatform is hard to predict, I think that the IP will have continued success on the Xbox 360 and PlayStation 3… although the success will be lower due to the requirement of peripherals to play. Wii sales should still be strong, given the size of the Wii's installed userbase, but it remains to be seen just how much of the Wii's potential marketshare will be lost to high-definition competition.

Feel free to chime in with your own observations and analysis!

Spot on with the summer release commentary. Whenever Nintendo or Rockstar or whoever eschews the traditional “wisdom” of not releasing anything good during the summer, that game does excellent, perhaps even better than normal because there’s NOTHING else to play. Heck, the Summer of Arcade shows how hungry people are for content because download games are all we get to play for the whole summer! On the plus side, summer does give you the chance to play any October-November games from last year that you necessarily missed since there’s 10-15 good ones per season…