Looking at the calendar, we're less than two weeks away from what will be one of the most important E3 events in recent memory when it comes to what I call the Hardware Trinity—that is Nintendo, Sony, and Microsoft. Each of the three companies have issues to address. Nintendo is facing lackluster 3DS hardware sales and the lame-duck status of the Wii until its new platform is launched. Sony has to deal with the aftereffects of one of the largest online security breaches in history and major losses in the last year. Microsoft may seem bulletproof, but the stagnant nature of the Kinect sensor and a slow trickle of software for it call into question the viability of the technology.

Here are some expectations as to what each company will deliver in their press events in order for each to bring its "A" game (in order of occurrence): 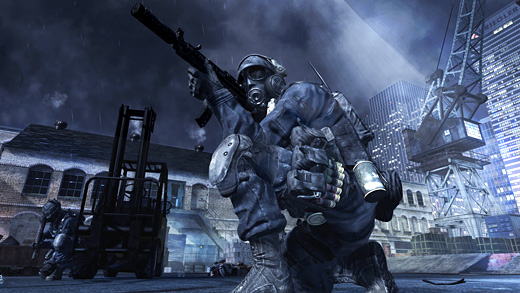 At first glance, Microsoft should be able to break out of the gate at 9am on the morning of June 6th with guns blazing. I'm fairly certain that Call of Duty: Modern Warfare 3 will be one of the first things shown. Microsoft is going to work with Activision to push Modern Warfare 3 very hard for the next five months, and Activision should be more than happy to take the stage for the company that's currently got all of the sales momentum going for it. Obviously, Gears of War 3 will play a major role in the press event as well. There will be other "core" games shown; I believe that Microsoft learned its lesson after last year's event skewed almost exclusively away from the "core" crowd and felt eerily similar to Nintendo's 2008 E3 presser that felt almost one-sided (Vitality Sensor, anyone?). No Halo presence at E3, despite the importance of the IP to Microsoft, doesn't seem likely. The question is… in what form will we hear about it? New game? HD remake of the original? We will see.

The one thing that Microsoft must do is to re-ignite interest in the Kinect sensor. More games are needed—and more quality games are needed, to be more specific. Games that come off as Wii ports are not going to hold anyone's interest, especially when you consider that the Wii is almost at the end of its lifespan. More original software, including games that are going to interest more than just the passing game player, has to not only be announced… but shown and available for demonstration. It's true that Microsoft wisely marketed the Kinect and it sold a ton of units; however, what was the last genuine killer app for it? Dance Central is now six months old, as is Kinect Sports. As time marches on and new games continue to appear at a snail's pace, the relevance of Kinect will gradually ebb. Consumer confidence and excitement in the Kinect peripheral must be restored, and quickly.

One last thing to be on the lookout for is some kind of new hardware announcement. Rumors have been flying lately, ranging from a full-on successor to the Xbox 360 to another Xbox 360 hardware revision that adds 3D support. While the exact nature of the rumors has been scattered, the theme has been the same. The other thing that has me leaning in the direction of some sort of new hardware announcement is the extremely limited attendance list for the press event. This makes me think that something big is going to go down that Monday morning, and it wouldn't shock me at all if it was hardware-related. Stay tuned.

To say that Sony has had a rough past six weeks or so is an understatement. Granted, PlayStation 3 hardware sales for April were promising—thanks to Mortal Kombat, Portal 2, and SOCOM 4— but having no online network for nearly a month and still being without the PlayStation Store (and its associated revenue) is damaging on many levels. Sony has become an easy target for the press and has spawned doubt from its userbase. Sony is hoping that its showing at E3 will wipe the slate clean and set focus on games. There will almost certainly be a segment of the press event that serves as an apology for what happened, but will quickly move forward from that… and it's the right move.

I'm still expecting a $50 price drop for at least the 160GB PlayStation 3 SKU. Some believe that Sony can't afford it after recent events, but I think it's a necessity. The PS3 platform—despite its quality software exclusives and free-to-play online service—needs a kickstart to renew consumer confidence and enthusiasm. I'm not sure that other SKUs will follow suit, but I've been calling for this drop over the last few months and E3 is the perfect backdrop for price cut announcements.

The press event should revolve around three main topics: PSN, PS3 software (especially exclusives), and NGP. I'm not sure of the order, but all three of these are major facets of Sony's business plan for the rest of 2011 and beyond. Sony will rally behind the re-opening of the PlayStation Store with news of some kind of exclusives there. PlayStation 3 retail software exclusives, like Twisted Metal, Uncharted 3, Resistance 3, and others, will be talked up and demonstrated or shown. As for NGP, there are lots of variables at play. Release date, pricing, and launch software are all likely to be covered. Price is the variable that concerns me the most; if the 3DS is struggling at $250, it stands to reason that a $300 NGP will do the same in a challenging economy… even if the software lineup is good. Despite my concerns, I think that $300 to as much as $350 is where the NGP will launch. Timing is less certain to me. Will Sony have enough software in the chute to realistically launch this year? I'm not sure. My gut is leaning towards an NGP  launch in 2012, but I will not be shocked if a late November/early December launch window is announced. 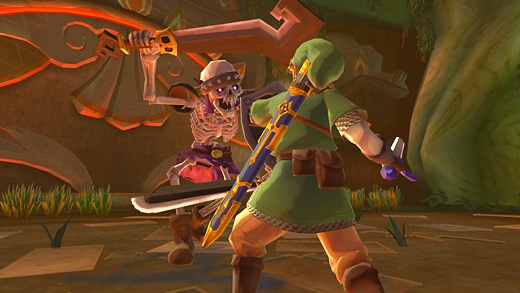 After the incredible runs of success that the Wii and legacy DS platforms had, saying that Nintendo is "in trouble" is a silly statement; however, Nintendo is now facing a period of uncertainty that hasn't been seen in some time. The Wii lovefest is over, even in the face of price cuts for hardware and software. The 3DS has stumbled after a quick start. As we await the unveiling of Nintendo's next platform, what the company announces for the next six months will be very important. Will more titles be added to Nintendo's budget line of Wii software? Will Nintendo announce price drops for the DSi platforms? Where are the 3DS games that will convince consumers to part with $250, which amounts to being the most expensive Nintendo portable in the company's history?

What Nintendo announces for specifics when it comes to its new console will be incredibly important. At this point, I am predicting that the price will be at least $300. In fact, my prediction is $349.99 for the hardware. This would be a gamble in several respects. For starters, it would be the most expensive hardware that Nintendo has ever released. It would also, despite being the newest console on the block, be the most expensive one on the market. Perhaps the power of the hardware will justify the price, but anything over $300 is unprecedented for Nintendo. As for the launch date, 2011 doesn't seem likely at this point. March 2012 seems to be the earliest launch date for the hardware, but that's atypical of Nintendo's console launch strategy. Many of Nintendo's consoles have launched either late Q3 or sometime in Q4. If Nintendo sticks to that schedule, 2012 could be far too late given that the Wii continues to sink in hardware sales with each passing month. Even a title like The Legend of Zelda: Skyward Sword isn't a definite system-seller for a console that's clearly on its way out… but more on that shortly. As with the NGP, I won't be shocked if Nintendo's new console hits this November… but I don't see it happening. Launch software is anyone's guess.

While it's certainly way too early to dismiss the 3DS platform, it's painfully obvious that Nintendo is going to need to take a fair amount of time during its press event to show the audience that new software is coming—and soon. Yes, Ocarina of Time is coming in a few short weeks. More remakes are following, too. And then? Aside from the Resident Evil and Metal Gear Solid IPs, what else do we have? A new Mario game is certainly important, and Kid Icarus will likely wow the crowd (again), but the real problem is consistency. The conveyor belt of new releases needs to be running more consistently to fire interest. I think that this will happen, but Nintendo must hammer this point home and show a stronger commitment to the platform than it has so far.

That leaves the future of the Wii, and honestly, there shouldn't be much of an expectation. Whether it's due to market saturation or the expiration of a fad, the Wii seems to have run its course at retail… at least in terms of hardware sales. The result of price cuts to $150 remains to be seen, but there were cuts in April and yet the Wii finished behind the Xbox 360 and PlayStation 3. This indicates to me that sales will continue to be flat. Wii Play Motion may sell well, but won't move hardware. The release of Skyward Sword is still very much up in the air; in fact, I still believe that there's a better than even chance that the game won't make it to the Wii at all. Nintendo has promised some Wii news, and absolutely must deliver that news by way of compelling software and not trumpeting more movie-licensed games since that's about all that can be seen on Coming Soon lists for the platform. If Nintendo isn't launching its new console this year, the company is in danger of losing consumers to Sony or Microsoft without good reasons to buy or keep the Wii.

The E3 press events set the stage for the actual show. They're where most of the news and announcements come from. They set the expectation level and get people and press buzzing. Microsoft, Sony, and Nintendo will each have a chance to bring their "A" games. The time for preparation is almost over. Starting on June 6th, we'll all be keeping score.