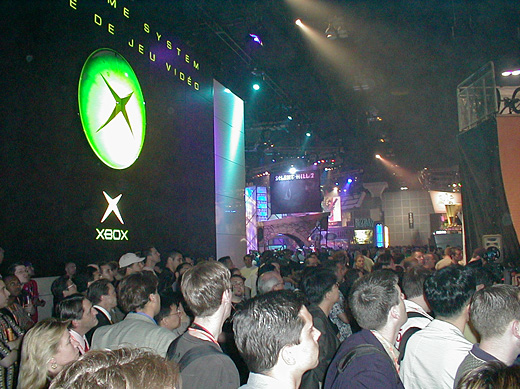 I've made it no secret that I hold many people who have managed to make being a part of the gaming press into a career pretty highly. There are lots of them out there, from freelancers to full-time website staffers, and I really can't name them all without probably leaving a few people out. It makes me feel pretty good knowing that I've managed to strike up relationships with a few of them via social networking. Even though the chances are small that I will never get to do what they do for a living, the fact that we can communicate on a similar level encourages me and drives me to at least try. As I sit here, getting ready to draft my first review for my new home at Gaming Nexus, I know that it's the support of these (and other) people that's helped me to get back on the horse and do something with the talent that I (apparently) have.

Unfortunately, recent events also make me realize that some of the same people that I have had respect for also want to see me fail—at least indirectly. In response to the ESA's recent decision to link press invitations to E3 with site traffic, which will likely all but eliminate any chance that I have at attending this year's event, I have been seeing some of these people approve of these changes and actually consider them to be better for everyone. I will not publicly call any of these people out, but I will say that the sense of entitlement among these privileged individuals is disheartening and disappointing.

I can understand why the ESA is looking to curb access to E3 somewhat. New websites are springing up all over the internet, and there's only so much space to house all of the potential visitors and the industry members in one building. I can see that there's a sense of thinking that, just because you write a few articles for a website, you get to go to the big show. Lots of websites post this possibility when looking to hire potential staff members, as long as they can pay their way to and from the event plus the lodging incurred. From an enthusiast standpoint, any video game fan would love to attend E3… but from the ESA's standpoint, it's not about enthusiasts. It's about press coverage for the companies involved. Most people who attend the event either work in the gaming press or for the industry in some capacity, and I fully agree that this idea should be adhered to. Sure, there's time for fun, but many attendees should be there for a reason. Enthusiasts have their own events, such as PAX. E3 is, to coin a popular meme, serious business. 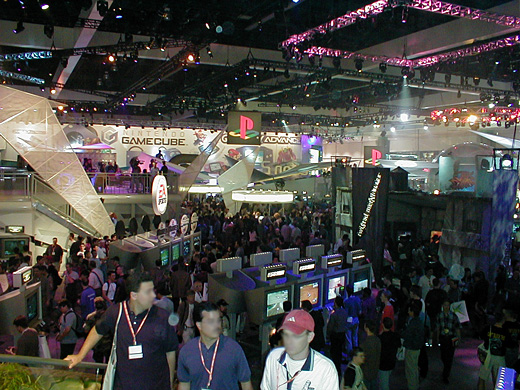 I would've liked to have made this blog post solely about the ESA's decision, which is possibly a revenue driver more than easing logistic problems. After all, the ESA isn't necessarily denying access to websites and their staff. Instead, the explanation is that the ESA is happy to have you at E3—for a fee. That's right; you can attend E3 with more than your allotted contingent provided that they pay for passes—on top of all of the other expenses incurred just to get to and stay in Los Angeles for the event. If the ESA is hurting for cash, why not limit the number of passes for each qualifying site and then charge for each additional pass? That's a reasonable solution. The bigger and more established sites should have no problem covering these additional expenses, plus it would undoubtedly alleviate foot traffic concerns and likely weed out some of the attendees who are there for pure entertainment.

What I don't understand is the perceived attack on those people who aren't part of "the fraternity". Sentiments such as "try harder" and "build your site" do nothing for websites who can't build without having proper coverage right from E3. Sure, writers can crib press releases and post assets, but readers—the ones who give sites the requisite traffic needed to actually attend E3—don't want that. They want news right from the show floor. They want impressions, pictures, and on-site interviews. Shutting out sites or severely limiting the number of attendees that get passes only hampers a website's efforts to grow. Of course, established megasites and writers are absolutely loving this; smaller waits in line at demos, more open appointments, and… less qualified competition. The big sites and writers know that E3 is important, despite what a few have been claiming recently… and, I'm sorry, but sending one representative to cover an event like E3 is a suicide mission. It's counterproductive. The quality of the coverage would be so diluted that readers wouldn't give a damn.

Contrary to what some of these "fraternity" members think, there are plenty of people who do genuine work when they have attended these events in the past. It's unfortunate that some attendees make a bad name for a larger group, but this happens at any event. There's always gonna be Drunk-And-Likes-To-Fight Guy at bars, or people who use the Express Lane at the store to buy 25 items. There are outliers, and they don't represent the majority in any way. I've had the pleasure of working with volunteer members of the gaming press who have attended E3 in the past, and they just worked—much like the same people who are champions for these new restrictions. 18-hour days of listening, walking, playing, talking, typing, and reporting… and they don't get a DIME, like some of these other people. Why would anyone want these people shut out or make them jump through hoops of fire just to get in the door? 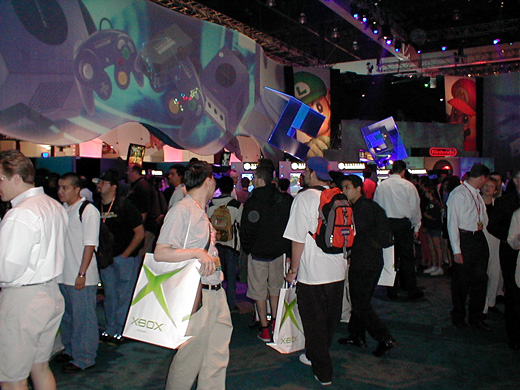 This especially hits home for me, because I know that attending E3 would mean tremendous experience for me, and that I know that it's not about swag or parties… but despite my years of writing and paying my own dues (as best I could, given the rollercoaster that's been my personal life), it won't be enough for this one year that I actually have the financial ability to cover the expenses of travel and lodging. The ESA decision is one thing, but the reactions from some of these career writers are patronizing and insulting. It's almost as if they truly believe that they belong and the rest of us don't. It's like there's some unwritten list of arbitrary requirements that must be fulfilled in order to be considered "one of us".

I'm not better than anyone else. I have never claimed to be. I have a strong passion for console video games, and I have all my life. I write with the hope that others may share a similar perspective… or maybe compare their own perpective with mine. I know that there are better writers than me out there, who have paid their dues and worked hard to achieve their status, and I respect them. At the same time, I believe that, even as a volunteer member of the gaming press, I deserve a similar measure of respect and the opportunity to do the same things that they do. They don't know me. They don't know what I can bring to the table. The same goes for dozens of other writers out there who are just like me; they work full-time, have families, and yet devote hours and hours to honing their craft.

I don't do this for the money. I do it because I love what I do and I love video games. If enthusiasm for the industry is frowned upon, as it seems to be right now, then it really is a problem with the paid gaming press and its current fraternity.

I'm not better than many of you, but are you really better than me? Is that really how it has to be? Think about that for a while.

As someone who’s been to the show can tell you, the end result of the the words on the page are only part of the process; while gamers can get more in-depth coverage on more games from the big sites, smaller sites stand to gain a lot from face-to-face time with other industry members. While we’re a generation that, on average, stares more at a screen than anyone’s actual face on a daily basis, personal contact cannot and should not be undervalued. Peter’s right in the fact that the ESA is shorting the Little Guy. Smaller sites have less chance… Read more »

Attending/not attending E3 will not make/break a website. The people who care about E3 will watch the live stream of the press conferences from the big sites like Gamespot and Gametrailers. A blogger can just as easily watch the stream and give their opinions on what was shown. As for getting hands on with the games, there are plenty of other gaming conventions where anyone can buy a pass and get in. The Mega sites are steadily loosing credibility with the hardcore despite having E3 coverage. The smaller/start-up sites that are having the most success are the ones that DON’T… Read more »

I agree. Essentially, what is shown at E3 is very limited for each game, and there are a tonne of games. This plays right into the strengths of larger sites who have the manpower to cover all the games and don’t necessarily need to put their critical hats on. And when I want this kind of coverage, I will always look at one of these sites. Just one. What small sites can do to set themselves apart is provide analysis or bring their unique perspectives to what’s seen. Now, you could argue that there’s a huge difference in perspective caused… Read more »