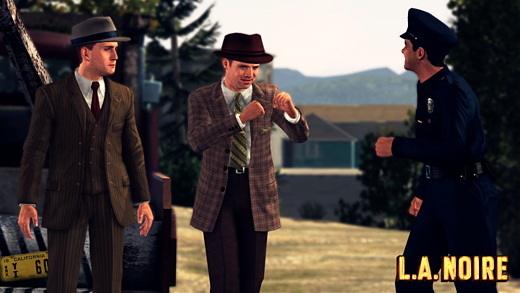 I already have problems with launch-day downloadable content. Although discussions about the subject on Twitter with PR people and those "on the inside" have generated a few valid explanations, I'm still not 100% fine with the practice. I honestly don't care what the reasons are; if you're talking about launch-day DLC—or even talking about DLC for a game that hasn't even launched yet—I firmly believe that publishers need to step back and wait awhile before announcing it. At the very least, publishers could keep it quiet for a month and then talk about it all they want. That way, those who purchase early don't have to feel like they spent money on a game that arguably could have—or should have—had more content. I can accept explanations about certifications, especially with Microsoft's hardline attitude, but that shouldn't affect this situation. Keep a lid on it, wait a few weeks, then surprise us with news that there's new content ready to roll.

See, I always thought that the purpose of DLC was to enhance games after they've launched, in order to promote replay value and get consumers to hold onto their games instead of trading them in. Now, most sane consumers really don't have a reason not to wait for the inevitable Game of the Year or Ultimate Editions. Those are the complete games that your hard-earned cash is spent on. Those of us idiots who buy on launch day get the incomplete versions, ready to go with multiple alternate revenue streams called DLC. If we'd just wait a few months, we'd get the DLC for free in most cases with these repackaged versions.

But we don't wait… because we're too eager. We're too excited. We're too damned stupid to see the folly of our own ways. We want our games now, and if we have to pay more than $60 to see all of the content, then fine. 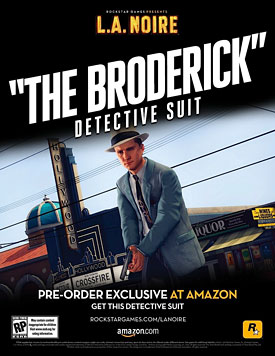 Now, look where our "want it now" attitude has landed us:

Nobody who buys a single copy of L.A. Noire come May 17th will be able to access all of the game's available content, unless they purchase more than one copy of the game at $60, due to multiple (and different) preorder incentives. Sure, you can purchase access to these extra Cases and Suits for a nominal fee at a to-be-determined timeframe after the game has launched, but the copy of the game that you will be buying will not be a complete game. You can go ahead and argue that the extra Cases will probably be secondary to the game's story arc, and that's fine.

You can also continue defending such greed-driven practices all you want. Keep telling yourselves that we need to save the industry, or that games are just an expensive hobby and that we need to accept it. Feel free to keep applying the Inflation Variable, even though the average consumer will tell you that his or her paycheck sure as hell isn't inflating. I'm sure that some of you will be at least thinking, "Hey, if you can't afford it, don't buy it. Simple." Right?

Here's a news flash for those of you who think this way: The video game bubble is already deflating, and people are indeed not buying what they can't afford. You're getting your wish, Industry Defense Force, but it's not good news for you. Fewer potential consumers equals fewer sales. Fewer sales equals less revenue. Less revenue equals lower stock prices. Lower stock prices equals fewer investors. Fewer investors equals less capital for developers and publishers. Less capital means fewer games released in the best of scenarios—and the shuttering of development studios and even smaller publishers in the worst cases. Feel free to insist that trends "aren't that bad".

I've seen this downturn coming for over two years, and the worst of it still isn't here. The industry will very soon have to deal with U.S. fuel prices that will easily eclipse $4 per gallon and potentially flirt with $5 if the perfect storm of events occurs. Disposable income will rapidly decrease and many consumers who were able to afford one or two games per month will be forced to cut back. You can believe that "people need entertainment", and that's fine… but video games are proven to be an expensive form of entertainment that requires a fair amount of money up front to enjoy. Other forms of entertainment—going to the movies and dining out, for example—will also be taking hits once gas prices eclipse $4, which could happen as soon as the end of March. These industries know that there's trouble ahead… and yet the video game industry continues to not only consider itself invulnerable… but it apparently believes that consumers aren't spending enough money for software at $60 per game. 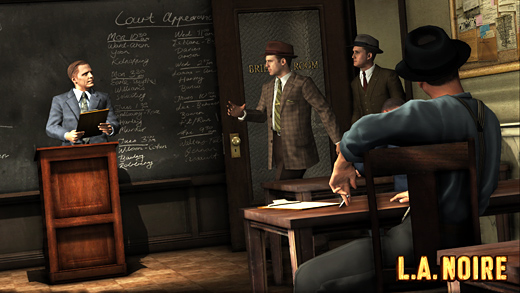 You want more proof that consumers are tiring of the current video game sales model? Look at this Nielsen report. Traditional video game spending is down while cell phone spending is up. Why might that be? One real possibility is that it costs much, much less to buy a game for your iPhone or Droid phone than it does to buy a console game or a game for your handheld platform. Even Nintendo, once thought to be a portable gaming juggernaut, is concerned. Reggie Fils-Aime's not-so-subtle jab at mobile phone games is arguably a sign of fear or weakness. Reggie doesn't want consumers to spend only a few dollars on a mobile game because he's concerned that they won't be as inclined to drop $40 on a 3DS game. He's rightfully concerned. Consumers spent less money on console and handheld video games despite being a year removed from the worst of the Great Recession.

Am I saying that this L.A. Noire DLC stunt is the straw that broke the camel's back? No. Am I saying that a crash is imminent and that the sky is falling? Not necessarily. What I am saying is that the video game industry is reaping what it has sown. Fewer people are buying video games, and fewer still will buy them as the economy again wobbles towards recession because the industry has successfully priced them out of the market. The Industry Defense Force has long believed that video games are only for those who can afford to be in the club, and now they're going to get their wish. Hopefully they'll also have enough money to spend over the course of skyrocketing prices for food and fuel to keep the industry humming along like everyone believes it will.

Don’t blame the games industry, blame the free market. These are just price discrimination strategies used by producers in all industries, well covered in any decent text book on profit-maximising behaviour. Why sell a fully-equipped car when people value the options differently? By stripping out sat-nav from the basic spec, you not only have the ability to lower marginal costs of production, it also gives you the ability to fully capture profits from consumers with looser budgets by offering sat-nav at a premium. There will always be those that are prepared to pay a premium for DLC rather than wait… Read more »

Again, as is the case with all your articles on this subject, I completely agree with you Peter, and have felt the exact same way as you for many years now. Of course, here you’re pointing out that awesome new trend publishers have, where you basically are never guaranteed a full game on release-day unless you pre-order several copes from different retailers. Like you say, many will dismiss this since it’s just “minor” but that has and never will be the point. If they pulled a similar method with DVDs, music CDs/downloads or books then they’d get laughed outta town,… Read more »

I fully agree with everything you wrote here. In my case the feeling of not getting the whole package for 60$ is one of the reasons to not buy games at launch anymore. Combine that with the fact that priced often drop significantly within 2-6 weeks. I wonder why people still bother buying at launch. I would be able to buy a game a week if I wanted to, I just don’t see why I should when I can get the same games some weeks later for half the price or less.

Perhaps the worst offender are fighting games like Soul Calibur IV, Marvel vs. Capcom 3, and the upcoming Mortal Kombat that have downloadable characters. It’s one thing when the game has been out on store shelves for awhile and the devs actually needed time to create new characters and plug them into the game.

It’s another when you find out that your fighting game has an incomplete roster and you need to pay upwards of $5 per character just to complete it.

Some excellent points made. The petrol prices are increasingly becoming an issue in europe, as is the general cost of living in my country. Games are a high luxury for most these days. Rockstar seem to have the right idea re: dlc. release a game, and then add meaty content with the same engine and mechanics. I still have GTA IV and Fallout 3, because they followed the business model Peter outlines here. I feel like i’m getting “more than” the game, as opposed to a piece of it. Finally some thoughtful gaming journalism. With this and Daniel and Sparky’s… Read more »