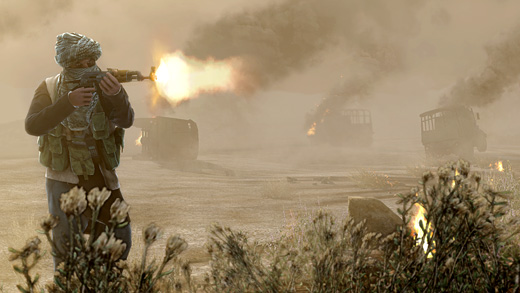 As I write this entry in the wee hours of Monday morning, there are literally dozens of reviews of Medal of Honor that have been completed and will not be read for another day or so. Meanwhile, many more consumers are looking for some sort of indication as to whether Medal of Honor is going to be worth spending $60 on… and they won't find out with much notice before the game's release. See, Electronic Arts is holding reviews hostage by way of embargoes—which basically seal away all reviews until a specified time of the publisher's choosing. This means that all of the playing time and prep time that it took to write these reviews for the purpose of helping readers decide on a buying decision is arguably wasted. Sure, reviewers have been given time to play the game in advance and will have reviews ready to go live at 12:01am… but there's a lot of uncertainty and guesswork going on as to the quality and worthiness of a game that is already struggling in the shadow of Call of Duty: Black Ops.

Let me say this: Review embargoes, to me, indicate that publishers are worried about the quality of their games and are usually a sign of a game's weakness. If a reviewer completes the work and the reviewer's editorial team believes that the piece is ready to go, it should be posted. Keeping a lid on potentially negative reviews in order to squeeze out some sales to a consumer base that must rely on instinct rather than experience or testimonials is a poor practice. Furthermore, holding up the review process and leading customers to buy a potentially poor game damages the reputation not only of the publisher in question, but also of the industry at large. Customers question what they're spending their money on and charge publishers with trying to make a quick buck. Fewer games are bought, largely because impulse buying can lead to potentially disappointing results. It's a vicious cycle, and one that frankly lies at the feet of publishers and public relations companies who likely know that their game may be a bomb and are willing to piss off a few people in order to pull in some revenue before word gets out and their games rot on store shelves.

If publishers are so genuinely concerned about bad press leading up to a game's release, why bother with review copies? Let reviewers buy their own copies and, by the time the game is played and a review is written… at least a few thousand consumers will have already impulse-bought the game and something will have come from nothing. Gaming press, ideally, should be concerned with using reviews to get the opinions of their review team out there and not have to be held to standards set by the same companies that are basically getting free publicity via these reviews to begin with. If you think about it, cutting off review copies will certainly purge the overpopulated landscape of websites out there. At the same time, it helps those sites that remain because there's nobody to answer to but the readers. There's no worrying about the reaction of a PR team or publisher if a reviewer strongly dislikes (with valid reasons) a particular game. There's no possibility of kowtowing to anyone, because there would be nothing to gain from it. 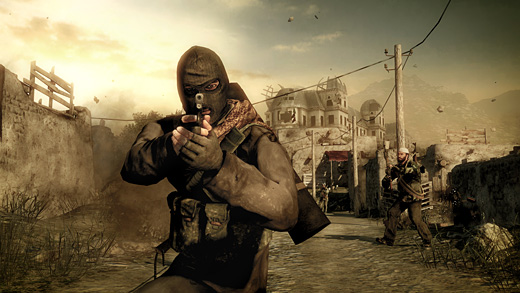 I dealt with an embargo just once in my writing "career", and, unsurprisingly, the embargo was lifted because my review was a positive one. Honestly, I've never received feedback from publishers or PR about my work, even at its most critical. Then again, I've never been the most visible of writers. I'm not in the same league as Andrew Reiner, Jeff Gerstmann, Andy Eddy, Dan Amrich, Brad Gallaway, Robert Workman, and many other reviewers whom I respect and am inspired by. I can't imagine the pressure and scrutiny that Gerstmann endured during the Kane & Lynch incident. I can only wonder how many others have faced some sort of backlash or consequence from publishers for simply speaking their minds when it comes to a game that may not be worth buying. Embargoes are one way that the industry keeps the gaming press under its collective thumb.

We all know why the embargo is in place. It isn't for fairness so that some websites don't get a leg up on others. It isn't because certain features weren't active before launch. It's simply because publishers want to exercise damage control before the game even releases. Sure, the game is awful, but you as a consumer obviously liked it enough to buy it before reviews became available and widely accessible. In the publisher's eyes, that's your own damned problem—not theirs. There's nothing that can be done to force change, either. Websites that question or fail to observe embargoes are usually punished in some way; review copies can be cut or delayed and access to contacts and assets can be limited or denied. Losing that publisher contact hurts a website in many cases, so everyone falls into line for the website's best interests instead of the interests of the site's readership or the consumer base at large. I can't necessarily blame websites for playing ball here, since the competition for content (including assets, review copies, and so on) is fierce in today's gaming press environment, but it's disheartening at times to see where priorities lie.

In the case of Medal of Honor, I'm now leaning away from buying it after being on the fence for a few weeks about it. The gag order on my fellow writers is unsettling, and worse is the anonymous chatter going on via Twitter about the game. I've read that the single-player campaign lasts four hours. I've read that multiplayer action is still buggy, despite a recent beta and time to clean up the issues. These two factors now stand out to me, and with no reviews accessible to me before launch, I have no reason to doubt what I've been reading. It's a curious situation, because pre-launch letdowns are becoming more common for me. For example, I was set to buy Dead Rising 2 until Case Zero hit; the game's atrocious frame rate and the inability to explore due to time constraints talked me out of dropping any money on it. Now, with Medal of Honor, I'm experiencing more pre-launch jitters. There's been no positive buzz, and I have no reason to believe that I'll be wisely spending $60 if I buy it. I'm much more apt to spend my budgeted funds on a proven re-release like Borderlands: Game of the Year Edition than I am to take a risk on a new game that's embargoed and receiving negative buzz.

Embargoes are a dishonorable practice. Both the industry and the gaming press do a disservice to the consumer base by holding out early complete reviews just because the publisher fears bad publicity or a website fears publisher retribution. They're a disservice to the writer that spends hours playing a game and more time writing the review that comes in under a strict deadline. They're a disservice to website readers because it becomes evident that there may be forces at work behind the review process that aren't on the up and up. Perhaps the worst part of all is that, as video games continue to maintain their popularity and there aren't any drivers for change, we will continue to see the use of embargoes increase with no real benefit for anyone outside of the industry.

I very much agree with what’s said in the article. There are no other sane reasons for review embargoes and Medal of Honor wasn’t that bad, but utterly mediocre. Certainly not the more grounded, realistic CoD-killer EA made it out to be, but enough about that. While publishers do play a major role in this, through their advertising and such. They only can because gamers let it happen. Not only passively, but they actively buy into it all the time. Gamers have this crazy need to buy their games on the very first day and based on little to no… Read more »

You seem to have no regard for the fact that Europe had later release dates than the US, and hence a huge chunk of the consumers had an early warning if they did not want to buy the game. When an embargo lifts it is also usually around midnight on the date of release, at least you said so. that sounds like plenty of time to check reviews before you buy the game on your way home from work.

Sorry, I can’t agree with you on this being a big problem.

SO was Bioshock and fallout 3 and ME2, most main stream branded big box media these days are, mainsteramizations lowers qaulity as the product is ever pushed to a larger demographic…I mean really teens with disposable incomes will buy what the others buy, Why are they trying so hard to sell bwains to zombies?

EA says the MoH sales are great. So disregard the fact that it is a underwhelming game.

EA also believes they have the strongest holiday game.

According to IGN EA shares dropped 6% due to the 76 metacritic score MoH received yesterday.

*Most* embargos are honest attempts to control the pace of information release. FIFA 11, NHL 11, NBA 2k11, Red Dead Redemption, and Mass Effect 2 all had embargos; all were solid to exceptional games.

The questionable part is when reviews are embargoed until after release. That’s the major red flag.

Just wanted to point out that “embargo” in and of itself isn’t the problem… it’s usually just the marketing team wanting to control the release of information for maximum effect… but day-of-release embargos with little to no info before are a problem.

Companies will pull ads from the site.

Forgive my ignorance, but why exactly do these embargoes exist? Why do independent websites and magazines have to do as publishers say? I assume that publishers will stop sending them free review games in future, but I would hardly make that stop me from publishing a review; the publishers need the media just as much as the media needs them, after all. It seems silly that there seems to be a sort-of “law” as far as review dates go. Very silly. If the game has been sufficiently played and the person playing it has formed a valid opinion then they… Read more »

It is plain immoral to try convincing someone to make a purchase you suspect they may regret.

At the same time, is up to us customers to use our head. Don’t buy stuff based on its PR, and don’t support this kind of business practices.

When I looked on the internet this past weekend and saw no Medal of Honor reviews I knew it was going to suck.

At that moment knew I wouldn’t even need to bother with the reviews. I was right.

Well, news of an embargo constitutes a bad review in my book. Think I’ll stay clear too.

Interesting you’ve pointed out the various negative tweets. There’ll come a time in the future when they simply won’t be able to prevent independent opinions from appearing.