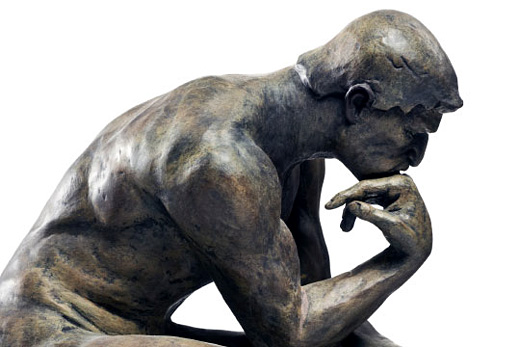 As we turn the calendar to 2013, I'm faced with a rather significant decision to think on over the next couple of weeks.

While I've enjoyed my tenure as Popzara's resident video game industry analyst, I don't know that I've managed to make much impact—if any. Dealing with incomplete and leaked sales data makes things super-difficult, and I can't say that I've done anything to further myself either as an analyst or as a writer over the last 8 months. The only thing that I've noticed is that fanboys don't like it when you say anything even remotely negative and love to take shots at me. When you're paid to do a job, the heckling comes with the territory. When you do it for fun, especially when there's little or no chance of the experience translating into anything substantial, it becomes difficult to deal with… especially given health challenges that I'm facing.

I've dealt with this a bit with GameCritics syndication of some of my thoughts here, too. It's become a lot to bear, and I ask myself repeatedly what it's all for. Speaking my mind suddenly becomes incendiary, and it's that "you versus the world" feeling that takes a lot of the enjoyment or worthwhile feeling out of work that I share.

At this point, my gut feeling is telling me that my free time should be spent on the retrogaming sector. I seem to have a lot less controversial thoughts when I'm talking about older games and systems, and I have considerable knowledge and experience in this area. It's about sharing memories, enlightening others on things that they might have missed, and I can say that I have a lot less that I disagree with or complain about when it comes to this area. Retroware.TV does some great things with the retro community, for example. I think that I'd be keeping a lot of content here, though, and working on trying to expand this blog's readership if I can.

I have ideas, like expanding my Retail Reviews series by visiting some other stores and locations and covering them. With my college schedule changing to Mondays, Wednesdays, and Fridays this semester, bringing PlayStation 2sDay back with weekly reviews or impressions is another thing I'm considering. I want to do more videos, either on their own or to complement my work here with a component aside from the written word. There are a few other things that I'm considering, as well.

So… while I'm not toying with the idea of abandoning writing completely, I am having serious thoughts about changing direction. My analysis work, while enjoyable, has not gotten me anywhere and I don't know that many care to even read it. Covering modern games is difficult because I'm not working and have little money to afford staying active in terms of reviews. I can add to that the widening divergence between where the industry is going and the games that I prefer to play or enjoy playing. Games like Journey and The Walking Dead are so immensely popular, but I won't touch them with a ten-meter caliprod because I have zero interest (or less) in them. There are still some games out there that I look forward to, but it's become increasingly apparent that modern console gaming and I are on two different wavelengths—which is more than okay. Games want to be art, and I don't want that. Hence, the divergence.

I'll be thinking on this over the holiday break. It's a difficult decision to make, but one that I think needs to be made. I'm spinning my wheels currently, and if I don't see a future or any kind of gain in what I'm doing now, then I need to rethink how my free time is spent.

I also want to take this opportunity to wish you and your loved ones and friends best wishes for a safe and happy holiday season, and the best of success in 2013. If the Mayans couldn't take us out this year, there's a lot of open field and running room ahead for us… I think. Thanks to all of you for having visited my little corner of the Web this year and during the years past. 2013 will be Consoleation's fifth year, and it's humbling to see that a few people have given it a bit of their time over the years. This is my proudest and most successful project, and I look forward to continuing and even building on that in the weeks and months to come.

Even though I have little interest in the games industry, per se, I always enjoy reading these columns, and I would miss them. It’s a pity to end it now, with 2013 offering so much potential material – the new consoles and their rumoured war on used games, the advent of the Steambox. There’s a rich vein of material to mine. The problem with comments and feedback is that only the more …errr…passionate people provide it, and you probably don’t see the more level headed sorts who read it and nod sagely and pass on without commenting. I’d imagine that… Read more »

I can’t recall if I’ve ever posted a comment on one of your articles, but I’ve read most of them. They’re very informative and some of your opinions, particularly switching over to retro gaming, are in align with mine (although Journey and The Walking Dead are wonderful games, and I own both). I think my love affair with this generation was lost sometime after I realized that I had paid well over $100 for Fallout 3 and all of its DLC, only to see a “complete” version come out some time later for much cheaper. I understand the value of… Read more »

If you’re not making people feel emotional, you are not doing it right. You clearly have a talent and people clearly care about what you say if they are getting mad about it. I always know I am doing a great job when half the people love me and the other half hates me. People love and people hate, especially on the internet. If they aint hating you, they don’t even notice you. I have enjoyed your work thus far. The industry doesn’t need to lose the few honest people left. Good luck in whatever you do.

Peter, I’d like to echo the above comment, and add that you shouldn’t let fanboy subjectivity detract from the kind of analysis you seem to specialise in. Indeed, while I don’t necessarily agree with your conclusions all of the time, your industry-focused articles are interesting to the business-literate and are amongst the most unique of all in this crowded game-journalism market. While the others will rate ACIII a 6/10 and get flamed for it, you’re one of a rare breed in gaming journalism who would have the initiative and ability to examine the larger picture and use ACIII vs ACII… Read more »