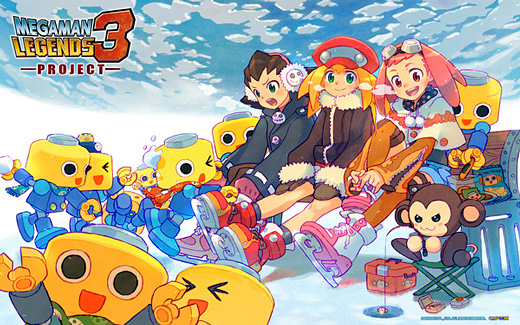 If you were to ask a group of video game consumers for the name of a publisher that they can't stand, most of the time you're likely to hear the same two names keep popping up: Activision and Electronic Arts. There's disdain for Activision for a variety of reasons, including development studio closures (Bizarre Creations), the introduction of the $15 map pack, and because the publisher allegedly ran formerly successful IPs like Tony Hawk's Pro Skater and Guitar Hero into the ground. EA gets flack because of its introduction of Project $10 (which is one of the hottest trends in the industry right now, just behind retailer-specific pre-order DLC), inconsistent software quality (complaints about NCAA Football 12 are skyrocketing), and its inevitable EA Sports subscription service.

These selections are understandable, but allow me to direct your attention to the most underrated villain of this console generation:

The writing for Capcom's decline has been on the wall, but people have been quick to dismiss criticism for whatever reason. Charging extra for a multiplayer mode in Resident Evil 5 was a big hint, and I'm sorry, but I don't subscribe to any of Capcom's excuses as to why this was. How about charging extra money for alternate costumes in their fighting games? Go ahead and call me entitled, but there was a time that this was an expectation—or even a bonus—for consumers who bought the game. Now these extras are dangled in front of consumers in an attempt to squeeze more revenue out of them aside from the $60 that was already paid.

Things have been worse for Capcom in the last few weeks. Resident Evil: The Mercenaries 3D has a permanent save file. If you want to borrow this game from a friend, rent it, or buy it pre-owned, you'll have no choice but to play with certain things unlocked and will never have the chance to unlock those things yourself. GameStop initially decided not to accept the game for trade-in, but ultimately caved. Capcom repeatedly attempted to argue that the move had nothing to do with attempting to derail pre-owned sales. The game hovers at a Metacritic score of 65.

And now, we have the two controversial decisions from this past week: the cancellation of Mega Man Legends 3 (and the subsequent blame for it pinned on fans) and the announcement of Ultimate Marvel vs. Capcom 3—a mere 5 months after the initial (or "vanilla") version was released.

You know, I wouldn't have been as upset about the cancellation of Mega Man Legends 3 if it hadn't been for the PR ineptitude that followed the announcement. Let's face it: games get cancelled all the time. It's a by-product of a constantly changing industry and some games arguably have little chance of being successful on a grand scale. I know that Mega Man fans were looking forward to it, and a game in a familiar IP might have been something that the 3DS needed to help turn its fortunes around. When a spokesperson for the publisher comes out and basically blames for the fans for a title's cancellation, though, that's inexcusable and comes off like sour grapes more than anything else. It's an example of deflecting blame instead of being direct as it pertains to the company. If Capcom felt that the game wasn't going to sell enough, fine. If the development process was taking too long, fine. If the project was no longer a priority, fine. Tell us that; don't hide behind a shield of fans because you made a tough decision.

Then… then we get to Ultimate Marvel vs. Capcom 3. It was this announcement that boosted Capcom above any other publisher in terms of villainy, in my view.

I dropped $80 on the Limited Edition of Marvel vs. Capcom 3 back in February. I had some reservations about DLC characters, but had been waiting for the game for years and needed to satisfy my curiosity. The game sold well back in February, too, showing that I wasn't alone in being excited for it. I didn't like Marvel vs. Capcom 3 as much as I did the previous game in the series, but it was still fun to play in doses and competitive fighting game fans played with regularity.

Keep in mind that this was a mere 5 months ago. 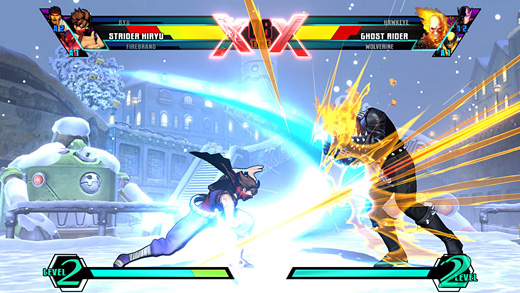 Now, in November, we will see Ultimate Marvel vs. Capcom 3 land in stores… effectively diminishing any value that my fairly recent purchase may have had. Adding to the sting of the announcement, the Ultimate upgrade is going to be available only via a retail purchase on a disc. No DLC means that the Marvel vs. Capcom 3 game I bought will be obsolete before a full year elapses. $80 down the drain. Defenders will argue that some people will still play the original game, but they're kidding themselves if they honestly believe that the community is going to be anywhere near as strong.

While we're on the subject of defenders, can you please spare me the "it's only $40" excuse? That's on top of the $80 I spent not 6 months ago. That $40 is actually $120… plus DLC fees. I don't want to hear a breakdown of how it's a cheaper option than to buy the new characters via DLC, either. It's a money grab, pure and simple, and Capcom has proven that it has mastered the art of money-grabbing. Why else would we see Street Fighter IV released in three different SKUs to retail over the past three years? At least Capcom managed to release only one a year, not two like they're doing with Marvel vs. Capcom 3 with both releases in the same calendar year.

All of this adds up to a Capcom-edy of errors. Questionable business decisions left and right have been the trademark of Capcom for much of this console generation. The publisher has all either forsaken or damaged many of its successful IPs. Lost Planet was interesting, but Lost Planet 2 was horrible. Dead Rising had its issues but was still decent, but Dead Rising 2 was missing something and was plagued with tech issues. Mega Man? That IP is on ice at least for the forseeable future, and the departure of Keiji Inafune probably accelerated this process. No more Onimusha. Resident Evil is now a squad-based shooter from SOCOM developers. It's all a big mess, and Capcom somehow finds ways to make it worse instead of better.

It pains me to write something like this, as I've been a big Capcom supporter in the past, but it needs to be said. Tough love. Capcom is alienating its fan base and, if the publisher isn't careful, there won't be much left to talk about except a legacy of when the company used to be special and how quickly their games find the bargain bin.

It needs do just one thing – Monster Hunter: D&D Edition. There, a brand new franchise that will sell to North Americans, and can bear dozens of DLC without too much trouble.