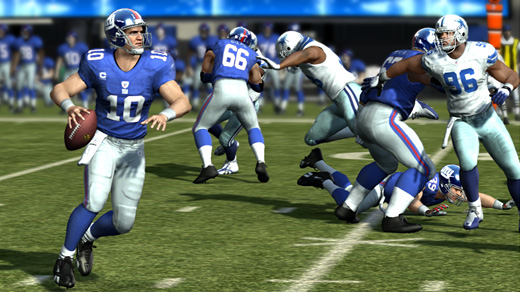 It has been awhile since I've talked about NPD numbers, hasn't it? Well, the results for August are in, and while they seem to have shaken Michael Pachter, I'm here to tell you that there should be no surprise. Microsoft's continued success stems from its revisions of the Xbox 360 hardware—first with the $300 250GB model and now with the 4GB $200 model. These are "new", and combined with recent strong sellers like NCAA Football 11 and Madden NFL 11, the Xbox 360 platform has separated itself from the pack over the course of 2010 so far. What's striking to me are two things:

We'll get to these points, but let's first look at the data:

As I mentioned above, Microsoft's success with the Xbox 360 in August is not surprising. The introduction of the $200 4GB SKU was received well, and there's still at least moderate interest in the $300 250GB SKU. Combine that with the annual release of Madden NFL, which moved over 920,000 units, and it adds up to a monthly win. It's also important to note that August was a pretty slow month when it came to software; aside from Madden, Mafia II was probably the only other "big" title—and it barely broke 120,000 units. September is guaranteed (and I rarely use that word here) to be another win for Microsoft with what should be an impressive debut for Halo: Reach. Reach reservation numbers are staggering… not only for the base game, but for special editions and even the Reach console. Late-month multiplatform releases like Dead Rising 2, FIFA 11, and even Guitar Hero: Warriors of Rock will likely sell better on the 360, which could further tip the balance of power for September in Microsoft's favor.

Let's get back to the first of the two questions that I asked to start the column. Has the Wii bubble finally burst? I think that it's certainly open to debate. Wii sales have been trending downward for a few months now and that trend will likely continue this month. Nintendo has no answer for Halo: Reach this month, nor do they have anything substantially new that can compete for consumer attention like PlayStation Move could. Instead, Nintendo is left with hoping that a price reduction for its DSi line of portable systems will bring home the bacon. With some very mixed reaction from reviewers and weak initial response from consumers, Metroid: Other M is shaping up to be a surprising letdown for Nintendo in terms of their normally successful first-party releases, and although we may see it debut on September's NPD Top 10 software chart for September, it won't be enough to shake the Wii doldrums. It will be interesting to watch and see if New Carnival Games will sell as well as the first game… plus we'll have to see just how much effect that the DSi price drops will have. I can see at least a modest increase in DS hardware sales for September. 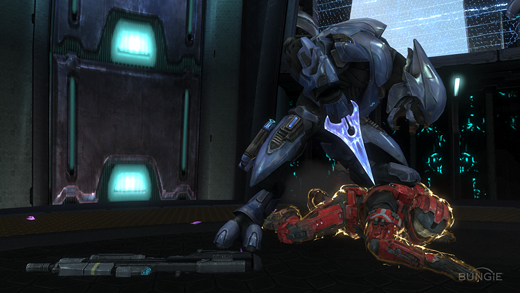 The other question that I led off with regarding the PlayStation 3 won't be answered in September. One good sign for Sony from August is that, although hardware sales were sluggish once again, sales of Madden NFL 11 were not that far off from those of its Xbox 360 counterpart. NPD data made it unclear how close sales were between the two versions of Mafia II, although the fact that the Xbox 360 version outsold the PS3 version in spite of PS3-exclusive content at launch is a little disappointing.

If the Wii is in the doldrums, then the PlayStation 3 is in a funk. The upgrade of the $300 SKU from 120GB to 160GB may generate some sales for September, but the bigger thing to watch will be the number of early adopters for PlayStation Move and how well it debuts. I'm still thinking that the Move console bundle SKU for $400 may be cost-prohibitive, especially for a new technology, but Sony has already gone on the record as saying that big things are not expected from Move sales early on. I've been predicting—and have been wrong so far—that Sony is going to see a positive change in momentum for the PS3 this year. I'm now ready to concede that it's likely that any real momentum shift won't take place until 2011. I just can't see Gran Turismo 5, Little Big Planet 2, and PlayStation Move being able to derail the Microsoft train in Q4, despite what I'm guessing will be a tepid response to Kinect.

Here's what I see the hardware pecking order to be for September. Keep in mind that I'm eliminating unit sales predictions and instead am just listing my early projections.

We'll see how September plays out in a few weeks.