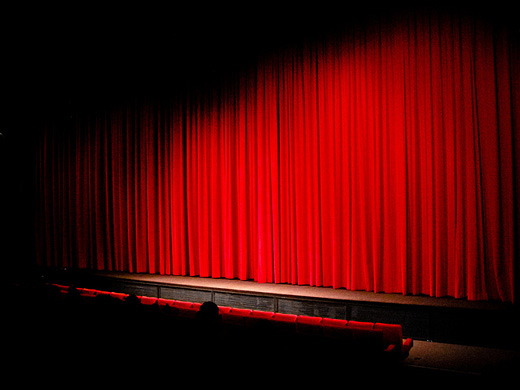 After more than 12 years of writing about console video games—ranging from game reviews to sales analysis—I am officially "retiring." I use quotation marks because I can't really retire from something that I didn't really do for a living… but it's been more than 25% of my life, and the time has come to hang up my keyboard and step away… for good, this time.

The timing makes sense. We're on the cusp of a new console generation, one that I will not be participating in anytime soon—if at all. Pretty soon, I won't have the first-hand experience or expertise to be a valid contributor. There also isn't much of a place for a writer like me who uses tons of words and doesn't use much video or imagery to support it. I know that my work has continued to be an intimidating wall of words, a fossil in the multimedia era. I don't have the capital, environment, or know-how to jump into this new age of video game discussion.

I've known this was coming for some time, and after the hit to my confidence in Los Angeles this year, I think I was just thinking about the best time to walk away. My writing output has diminished since then, and I've had an increasingly more difficult time since then getting motivated to write about anything, anywhere. Once the drive is gone, it's gone.

I'm extremely appreciative to Nate over at Popzara for giving me one last chance, pulling me off of the scrap heap and believing in me enough to fund two trips to E3 to try and get me contacts and maybe even an opportunity. I feel a bit as though I've let him down by choosing to retire instead of continuing to plug away, but without his faith and generosity… I wouldn't have been able to figure out exactly where my path was going. I might still be chasing a dream that was, honestly, never going to materialize. Now, at least, I can focus my spare time on other things. I'll play more games, without pressure or regret for not having written enough. Nate and Chris have been excellent people to work for, and I leave with no regrets and nothing but respect and admiration for what they've done and continue to do there.

I'm also grateful to the pro analysts who have been so down-to-earth with me during my ride as the Armchair Analyst. Jesse Divnich was an inspiration from the first time he commented on a blog piece I wrote, and then proceeded to answer my questions about the field while taking me very seriously and giving me respect that I'm not sure I earned. The fact that Michael Pachter even knows who I am will be something that will always make me proud, even if scores of people in the gaming community give him grief. I got into writing about sales and analysis because these two men took time out of their days to speak with the gaming press and I thought I could learn enough to at least have relevant conversations with them… and I did just that.

Thanks to the pro writers out there who also took me seriously and supported me on my journey with their words and encouragement. Dan Amrich, Andy Eddy, Andrew Reiner, Philip Kollar, Mitch Dyer, and others have been inspirations over the years, and then there are so many up-and-coming writers who have had conversations with me and even took time to seek advice from me on occasion. I can't name them all, but you all know who you are… and I'm pulling for each and every one of you to continue to be successful on your own quests.

Finally, thanks to all of you who took even a minute of free time to read words that I've typed over these last 12+ years. That's one of the driving factors that got me to write… knowing that someone out there might actually read my work. I never got published in a magazine, but I'm always humbled by how many people have actually read something that I've written. It's more than I could have possibly imagined when I first started dabbling in review writing back in 1999 before landing my first "gig" in 2001. As my writing time ends, I can look back and know that a good number of people viewed my work—and that's all I really can ask for.

So… what happens now? Well, I'm still on Twitter fairly often. I haven't given up on the idea of maybe pursuing some community management opportunities. I still enjoy helping to promote others in the social mediasphere and, if a fun opportunity arose, I'd definitely consider it. I'm also playing a lot of video games now. I have a streak of 16 straight days of earning at least one Xbox 360 Achievement, which is the longest I've had in awhile. I'm not sure how often I'll be updating this blog, but it's best to keep it open so that I have an outlet to write on if the urge strikes me.

Anyway… thanks to all of you. It's been an incredible ride, full of ups and downs. I learned a lot about myself along the way, and I improved a ton from my scattered beginnings as a writer. I had a lot of help, a lot of encouragement, and fulfilled a lifelong dream by attending E3… not once, but three times. I have no regrets… only gratitude.