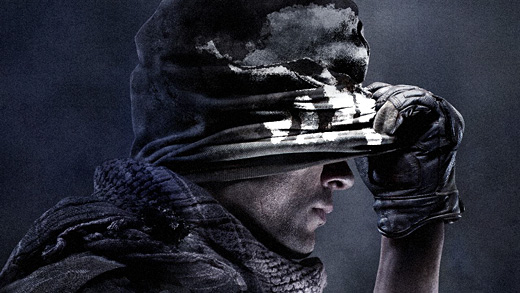 “While we have had a solid start to the year, we now believe that the risks and uncertainties in the back half of 2013 are more challenging than our earlier view, especially in the holiday quarter. The shift in release dates of competing products, the disappointing launch of the Wii U™, uncertainties regarding next-generation hardware, and subscriber declines in our World of Warcraft business all raise concerns, as do continued challenges in the global economy. For these reasons, we remain cautious. However, our focused and disciplined approach to our business has served us well in the past, and through continued investment and careful management of our costs, we expect to continue delivering shareholder value over the long term as we have for the last 20 years.”
— Bobby Kotick, CEO, Activision Blizzard, May 8th, 2013

I'm not going to completely break down Activision Blizzard's results or get into the publisher's specific future as I see it. I will quickly say that I believe Call of Duty: Ghosts will be the best-selling console video game of 2013, although Grand Theft Auto V will push Ghosts for dominance. I also believe that Skylanders: Swap Force will have strong competition from Disney Infinity this year.

What I want to address with regards to Mr. Kotick's comments are two very specific points he made:

1. "…the disappointing launch of the WiiU…"

Kotick is saying what we all know. Six months in to Nintendo's Wii U era in the US market, unit sales have barely broken a million. We have some ideas about the potential reasons for the new platform's struggles. NintendoLand wasn't the Wii Sports kind of all that Nintendo was hoping it would be to attract consumers. Marketing for the Wii U here in the US was spotty and many consumers didn't (and still don't) know what Wii U is. Games have been releasing in weak numbers. Pricing is perceived to be a bit high, especially by Nintendo standards.

Aside from stating the obvious, I believe that Kotick is putting Nintendo on notice a little bit here. Third-party partners who are still supporting Nintendo at this point see where the trends have been, and confidence is waning somewhat. I don't believe that Activision will pull an EA at some point in the near-term if Nintendo doesn't turn Wii U around. I do believe that Kotick wants to nudge Nintendo forward. A successful Nintendo platform is another platform that Activision can support and make its own revenue on. Skylanders can be successful on the Wii U (though Disney Infinity and perhaps a surprise NFC game announcement from Nintendo may limit potential), and Call of Duty should still have some appeal. If Nintendo can't reverse course and push Wii U into the kind of sales territory that it really should be in by early next year, there will be an important and difficult decision to make for Kotick—especially as console generation transition begins to ramp up throughout 2014.

For the record, I do believe that Nintendo will do its best to impress at E3 in June. Despite the lack of a major press conference, the approach that Nintendo is using to hold separate events for media and for retailers/analysts/investors is a fair one. I believe that multiple new game announcements will be forthcoming and that Nintendo will have a solid lineup for the Q3-Q4 period this calendar year. This does mean another couple of months of relative quiet and likely weak sales for the Wii U platform, but I do believe there's a good chance that sales will respond once Nintendo sets its plans in motion. 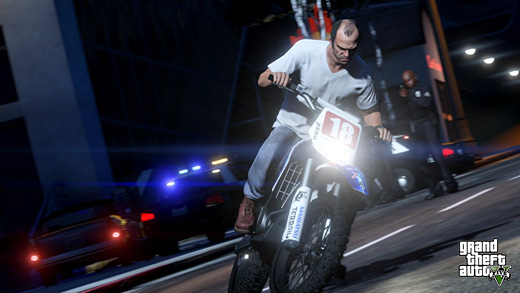 Kotick's trepidation about this new generation of hardware is justified, especially early on. While it's certainly exciting to see what will likely be two new hardware platforms hit the market this fall, there's no guarantee that consumers are just going to jump in and purchase them because they're new. We know nothing yet about pricing models. We don't know if there's going to be a killer app that consumers will be unable to resist. We don't know what the initial allocations will be, which is especially important if demand (via pre-orders) is strong out of the gate.

Once we solve these variables, then we have the issue of competition from older hardware, which is also a battle that Nintendo will be waging in trying to get consumers to spend money on Wii U later this year. Call of Duty: Ghosts and Grand Theft Auto V—the two biggest releases of the year—will be available on cheaper and more strongly installed hardware platforms. Those two games will be joined by this year's iterations of Madden NFL and FIFA Soccer on the sports side, plus a new Assassin's Creed on the action side. Sony also has Beyond: Two Souls and potentially Gran Turismo 6 for the PlayStation 3 coming this year as well. I also fully expect price cuts for both the Xbox 360 and the PlayStation 3 by the end of the summer, if not well before then. These cuts position both platforms as budget-savvy and still very relevant purchase options for Q4 and remove some of the perceived need to upgrade to new hardware this year. Sure, consumers could spend $400+ on a PlayStation 4 plus the additional expense for controllers and games… or they could spend $200 on the PlayStation 3, plus buy additional controllers and several games for the same price it would cost just for the newest platform.

Nintendo, unfortunately, is also hurt by a general lack of third-party software options. Not having a Madden football release this year hurts in this market. If Grand Theft Auto V doesn't come out for Wii U, that's another popular game that consumers won't be able to get. It forces Nintendo to be solely responsible for Wii U's success and makes consumers have to choose between a Wii U to play the newest Mario game or a  cheaper PS3/360 to play Madden and GTA. Then you add the release of two new platforms which make kick Wii U out of the "new kid on the block" spotlight, and it becomes a difficult—but not impossible—hill to climb.

Either way, there's no guarantee that any of the platforms from this newest generation of consoles will light up sales charts at launch, and it's a safer play for publishers to keep a line of support coming for these older platforms for the short and medium terms. Of course, transition will occur more gradually as time goes on, but making that transition too quickly is an unnecessary risk and one that will harm a publisher's revenue potential. That's something that Kotick is warning about, and it's worth heeding for other publishers.