In addition to the original PlayStation games that I got (which I mentioned in my last blog entry), I also took advantage of a Buy 2, Get 2 Free sale on pre-owned PlayStation 2 games at a GameStop nearby the Bookmans location that I had visited. Unfortunately, the GameStop stores here in the Phoenix area are slowly getting rid of PlayStation 2 games and shipping them to other markets… so it's becoming more difficult to add games to my collection. I did luck out and find a couple of games on my wish list… along with a few others: 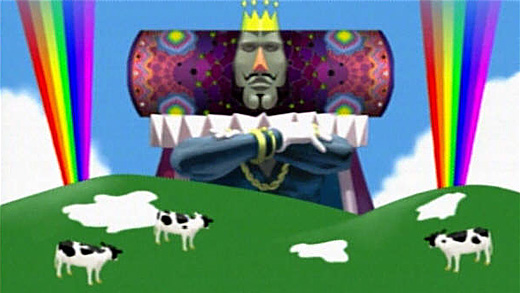 Katamari Damacy (Complete for $13.50): Yes, I finally own a copy of the original Katamari Damacy. This was one of the games on my list, and I was fortunate to find it complete with case and manual. While the sequels were fine, there's no way to top the first game in terms of originality, music, and feel. I remember playing it for the first time back in 2003 and thinking about how wonderfully odd it was. I never thought that it would spawn future games; in fact, I considered it to be like an Incredible Crisis or Mister Mosquito. It was to be a one-shot deal, or so I guessed. I'm glad I was wrong about that, but owning both Katamari games for the PlayStation 2 feels complete. I did buy the digital download of Beautiful Katamari for the Xbox 360, but it's just not the same. The original stands as the best game in the series, to me.

NHL Hitz 20-02 (Disc only for $1.80): This was also on my wish list. After playing a few games, the basic gameplay mechanics still hold up today. It's not as "real" as EA's NHL games are today (and I can't wait for NHL 12 on 9/13), but the arcade-style feel is wonderfully frenetic. The usual Midway game aspects are here—such as pre-game codes and the ability to be "on fire"—but what stands out to me is the amount of replay value that this game has. Things that gaming consumers would have to pay for as DLC now, like secret teams and players, extra venues, and so on, are all included for unlocking as you play and earn "credits" to spend on them. Want to play as a shark or a pirate? Probably not, but you can in this game. All I need now is NHL Hitz 20-03 to complete the trifecta. Here's hoping that I get lucky. 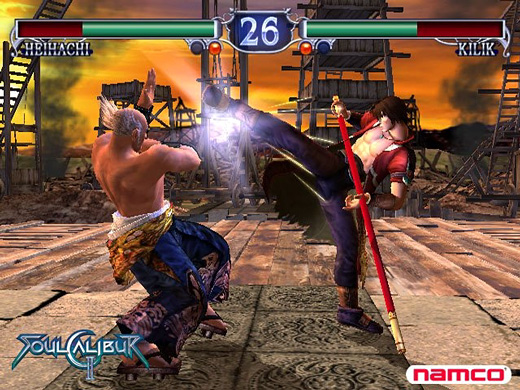 Soul Calibur II (Disc only for $4.49, came with Namco Transmissions demo disc): Has it really been 8 years since the multiplatform launch of Soul Calibur II? Indeed. The PlayStation 2 version arguably had the weakest character in Heihachi Mishima, but it could also be argued that the PlayStation 2 controller was the best control option that wasn't a fight stick. Weapon Master mode was a personal favorite, and what really stood out to me was the accessibility of the game to anyone who wanted to play. I actually still own an Ivy action figure that I won in a Soul Calibur II tourney that GameStop held during the week of launch. I finished second, and I'm not exactly a professional player. The game also looked great (and still does, in my opinion) and the soundtrack was one of the best around. I still have the soundtrack disc, in fact. Namco might have overshipped copies of the game, as they're still easy to find, but I enjoy playing Soul Calibur II and that's what's important as it's back in my collection.

WWE SmackDown! Here Comes the Pain (Disc only, free after promotion): There was a time that I was "into" the wrestling scene. I wasn't a super-fan or anything, but I used to watch WWE and WCW programming regularly and even spent money on Pay-Per-Views. The catalyst for my interest was former co-workers at FuncoLand who hooked me on playing WCW/NWO Revenge on the Nintendo 64. From there, I bought and played most of the wrestling games that came out… but it was the WWF/WWE SmackDown! series that always stood out to me. Wrestling game fans constantly praise and lament the loss of more technical games from Aki, like WWF No Mercy or WWF Wrestlemania 2000, but I prefer a more arcade-style experience. As the SmackDown! series moved from the original PlayStation to the PlayStation 2, fans got voice work from wrestlers and more authenticity. Fans believe that Here Comes the Pain (released in 2003) is one of the best SmackDown offerings ever. I haven't played it much yet, but am glad to be able to give it some playing time for the low price of FREE.

ESPN NHL Hockey (Disc only, free after promotion): The 2K5 line of ESPN sports games from SEGA and Visual Concepts was awesome, but the 2K4 lineup had planted the seeds of success. Sporting full ESPN licensing, ESPN NHL Hockey was far superior to its competition from EA Sports, on all levels. The biggest difference between ESPN NHL Hockey and ESPN NHL 2K5? Price. The former set fans back $50. The latter? $20. Also… Jeremy Roenick was the cover athlete for ESPN NHL Hockey. I'm fine with that.

NHL 2003 (Disc only, free after promotion): Oh, look. Another hockey game. This was free, too, so there. So what's the significance? The introduction of a Franchise mode and the return of Don Taylor and NHL Cards. Franchise mode was big; being able to play and track multiple seasons was a long-overdue addition and added replay value as players were able to compete for and hopefully defend the Stanley Cup in successive years. The addition of Don Taylor as a color commentator in NHL 2002 and NHL 2003 was a sticking point with me back then because the commentary work had taken a decidedly comedic turn. I'm fine with it now, though; Taylor can be funny in spots and his delivery is spot on. As for the NHL Cards feature, it was the introduction of achievements into the flow of gameplay. Earning points for actions like completing passes or scoring goals was unique at the time… even though we take it for granted now. This game isn't perfect—in fact, it's weaker than NHL 2002—but I still like it. 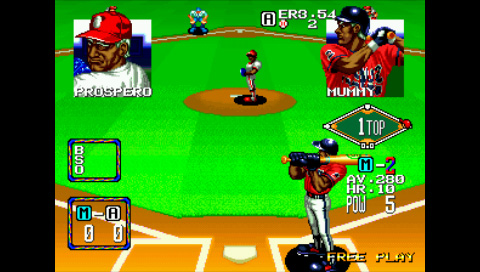 SNK Arcade Classics Volume 1 (Complete for $8.99): I am not the biggest fan of the Neo Geo platform, but some of the games hold nostalgia value for me. Neo Turf Masters is a game that I would play for hours at a local arcade back in 1997. Metal Slug is the Contra homage that never got the mainstream respect it deserved. Baseball Stars 2 was enjoyable arcade baseball, even though I never could get the timing for batting down to a science. These games (and 13 others) are included on the SNK Arcade Classics disc, and it's a great addition to the other arcade compilation discs that I own for the PlayStation 2 platform. Like any good compilation disc, this one has unlockables and bonuses that get players to try each title to see what they can open up. Maybe now I can try to figure out what people see in SNK's fighting games… but I can't promise anything.

I'm sure that you're noticing that only seven games are listed. I did get an eighth (Need for Speed: Hot Pursuit), but it doesn't work and I have to get a replacement. It was the last of my four freebies, so I guess I can't complain too much. I would like to get the replacement soon, though; after playing the remake on the Xbox 360 and PlayStation 3, it'd be nice to play the original again… with a little less Burnout and rubber-band AI at play.

I'm closing in on 200 PlayStation 2 games now. I'm not sure how many more games (if any) that I'll be adding to my collection given that I'm not working much and that I'll be moving in a few weeks, but I think that my collection has become pretty formidable in a relatively short amount of time. I'm proud of that. I'm also working on cataloging my collection, slowly but surely. It's a work in progress, but it's coming along. I'm also setting up a bit of a wishlist there, as well. I know that some of you may already be on IGN—feel free to add/follow/monitor me there, if you'd like.