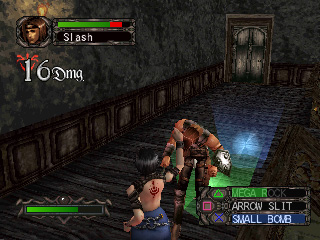 As you've probably heard by now, if you follow me on Twitter or Facebook, there's a 98% chance that I'm going to be moving back to New England in November. Long story short: The job market here is not good and my health has taken a turn for the worse since I've been down here. Since money is so tight, I'm moving back in with family for a bit and will be going back to school– probably for some sort of IT certification. I made the mistake of dropping out of college not even a year after I began back in 1991 and never went back; unfortunately, not having some sort of extra education under my belt has made finding a decent job (that's not karaoke) nearly impossible. Granted, the job market everywhere is not good, but being closer to family will be important until I can get back on my feet again.

As a result of the move, I decided to part with some older books, strategy guides, and DVDs at a place called Bookmans. They're like GameStop, except they deal with almost everything in a buy/sell/trade format. I'd heard about them before, but it took me nearly two years to go down there. It's kind of a good thing that I hadn't done so when I was working more steadily, because after what I saw for sale there, I know where my money would have gone. Games for the NES, SNES, Genesis, Sega CD, 3DO, Dreamcast, PlayStation, PlayStation 2, Xbox, Xbox 360, and portable platforms were all available. I saw lots of stuff that I really wanted, but with a mere $50 in trade-in credit to use, I had to be discerning.

I wound up adding six PlayStation games to my collection:

Brunswick Circuit Pro Bowling 2 (Complete for $6): A bit of history about me that you probably don't know– I used to be a big bowling nerd. I could make my ball hook (or curve) towards the pins like the pros on TV and had a decent (but not stellar) average. I gave it up in 2001 after about seven years, but never stopped being a fan. The Brunswick Circuit Pro Bowling series sported real equipment licenses and professionals, and the second game added lots of features including Skills Challenges and separate Amateur and Professional Career modes. The pin physics remain impressive today, bested only by Nintendo's bowling games within its Wii Sports line. For $6, this was hard to pass up. 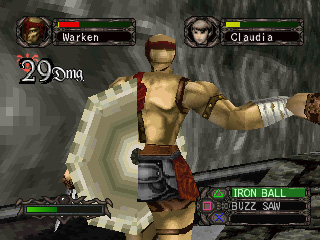 Kagero: Deception II (Case, no instructions for $15): This was the most expensive game of the lot, but the Deception games were some of my favorites from the PlayStation era. They were devious and kind of warped; after all, planting traps in order to kill everyone in a stage was pretty cruel. The storylines made no real sense, and the first game of the trilogy was a struggle, but the second and third games were fun to play. Think of a slower strategy game… set traps in a room first, then, as enemies walk by or into the line of effect, trigger them. My favorite combo is ensnaring an enemy in a bear trap at the foot of a staircase… then, while he struggles, activate an arrow slit that pierces him for extra damage, followed by dropping a rock from above, which rolls down the stairs and crushes what little life is left out of him. Sick and twisted, but fun.

NHL Faceoff 2000 (Complete for $3): I have a ridiculous obsession with hockey games. Buying this game was important mainly because it was the only game in the Faceoff series for the PlayStation that I didn't own yet. The collection is now complete. For the record, EA's NHL games are the better pucks option for the PlayStation, but the commentary team of Doc Emrick and Darren Pang did a great job calling the action. The team held their own, while Jim Hughson had a revolving door of analyst partners in the booth for EA. NHL '98 remains my personal favorite hockey game for the PlayStation, but the later Faceoff games were not bad games, either.

Road Rash (Complete for $8, Greatest Hits Edition): Sure, it was flawed, but the Road Rash series really hit home for me when the 3DO version came out in 1994. I was just getting into the grunge music scene at the time, and hearing Soundgarden in the game's opening immediately attracted my interest. From there, the game itself was a step forward from the Genesis games in terms of visuals and presentation while staying true to the gameplay form that made the series so popular. The PlayStation port isn't quite the same, in terms of impact, but it remains a personal favorite of mine. Ports of other 3DO games, like Gex, Return Fire, and Total Eclipse, are on my radar… but this game has the most significance to me.

Street Sk8er (Complete for $6): I cannot ride a skateboard in real life, but one game in the arcade made me feel like I really could. Sega's Top Skater had a skateboard controller that you could steer and kick to pull off some pretty cool tricks. I spent dozens of tokens playing this game, and I always lamented that we never saw a port for consoles. When EA picked up the rights to a game called Street Sk8er back in 1999, I noticed the similarities to Top Skater right away. Both games were on rails, so the controls were about hitting trick spots and pulling off some amazing stunts. Of course, Street Sk8er wasn't nearly as good as Top Skater was. There weren't enough stages in the game and the absence of a skateboard controller left interaction feeling kind of empty. Street Sk8er would soon become a distant memory with the release of Tony Hawk's Pro Skater coming just a few months later, but as a fan of arcade-style games, this one was more fun for me than it was for many of my colleagues. I'm perfectly fine with that. Also… the licensed soundtrack quickly grew on me. 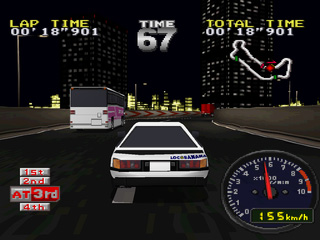 Tokyo Highway Battle (Complete for $8): Released in 1996, Tokyo Highway Battle resonated with me because it was the first driving game on the PlayStation that I'd played which wasn't Ridge Racer or Ridge Racer Revolution. The game relies heavily on a drift mechanic which took lots of practice to execute well; in fact, there is even a button that's used to initiate a drift. There is also a Speed Shop with plenty of tuning options for your cars, and those who are good enough can race against the real-life “Drift King”, Keiichi Tsuchiya. Tokyo Highway Battle certainly has its problems: The sense of speed is almost non-existent, the drift mechanic is dodgy, and polygon tearing shows the early age of the game in the PlayStation's development cycle. One underrated part of the Tokyo Highway Battle package is the music. Some of the guitar work is quite impressive, with favorable comparisons to the Lords of Thunder soundtrack… which is one of my favorites.

Bookmans wasn't my only stop. I also added some more PlayStation 2 games to my collection, but I'll cover those next time, in Part 2.

Best of luck with the move home, Peter. It’s a smart move – education is essential these days – and I hope it works out for you. Look at it this way – with the economy the way it is, you have time to do a certification and may finish up in time for the upturn.

I’ve enjoyed your series on here and you’re a valuable and unique voice in the Gamecritics community. I hope you’ll keep blogging and letting us know your views.