Inside every older person is a younger person wondering what happened.
— Jennifer Yane 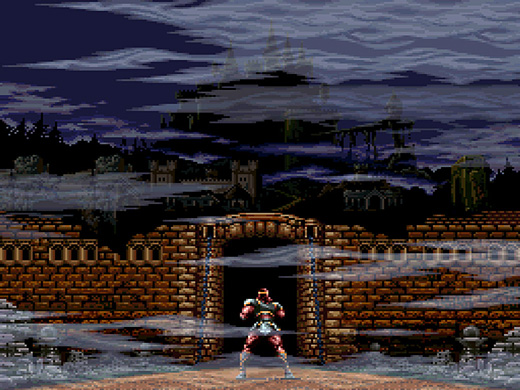 A funny thing happens to a person when he or she gets older. The person remembers how things used to be, or, at least, how they used to be for that person.

There have been times over the past few years where I've become increasingly more frustrated with video games in the current time, and I feel that my reasons are fair… but I might be unfairly basing my dissatisfaction and disappointment on my own perspective and memories of how I remember video games as I grew up. I've come to be considered a pessimist, a downer, a Chicken Little, and a real nuisance in social media at times, as I do let my emotions get the best of me when I see things I don't agree with.

I'm not necessarily going to apologize for those feelings or how I come across, but I think that it's important to realize that times have changed and that the "gamer" side of me is having a difficult time coming to grips with it all.

I've mentioned before that video games and I have been best friends for decades. Pong and I share the same birth year. I have fond memories of playing Pong at home with my dad at age 5 and beating him. Video games were there for me when family and friends were not as I grew up. I spent lots of time in arcades after school or on weekends. I played games on my grandmother's Atari 2600 and on my own VIC-20 and Commodore 64 as I moved through my school years. As an adult, I embarked on a grand console tour, owning more than a dozen different platforms from 1990 to the present day.

I read video game magazines. I watched others play. I engaged in conversations about video games with friends, relatives, and even strangers in game stores. I knew my stuff, I loved talking and learning about it, and video games were equated as a distinct positive in my life. Sure, there were controversies that came along as I got older… like the video game violence fight, kids being banned from arcades at certain times of the day, and a few others. Those seemed relatively insignificant to me, though, because my enjoyment and love of gaming was never directly affected. I was old enough to play Mortal Kombat without repercussions. I played by the rules when arcades were closed off to minors until 2pm. Even later issues in the 2000s—like seeing the Game Boy Advance SP revision just after I'd bought my original Game Boy Advance unit—didn't phase me too much.

Things have gradually been changing. The rise of the World Wide Web has created a level of transparency between the video game industry and those of us who play the games that we'd never seen before. I'm sure that there were more negative things that went on behind the scenes that we never knew about when it came to the industry, but having them all come to the fore and seeing so many people talk about them slowly eroded my happy feelings. We aren't talking about how to beat Dracula in Super Castlevania IV as much as we used to. We're talking about sexual assault at a gaming trade show, or discussing financial irresponsibility that forced a development company to abruptly shut down. My perspective has been trending to the negative, and now, here I am—a grumpy old man who remembers video games for what they once were instead of what they are for some people or what they can be. I come across as a hater, a complainer, someone who can't possibly enjoy the hobby that he talks about so much.

The analyst in me can separate these feelings from reality. I can look at sales numbers and trends and apply what I've learned by following this business for so long to draw what I believe are fairly plausible conclusions. The reviewer in me can play a game for what that game is. The enthusiast in me, however, is conflicted by change and reality versus my personal perspective and expectation. I don't recall seeing so much negativity as I see now. I know that companies exist to make money, but it didn't really seem as bluntly obvious 20 years ago. It felt like less of a business and more like a fun pastime to me back then, even though it likely wasn't the case.

Several people on Twitter this evening made good points to remind me that my feelings are a matter of perspective. Things weren't really as positive and smooth when it came to video games in the '80s and '90s as I seem to remember them. There are also a lot of good things happening that seem to always get swarmed under by the negative, and that's at least partially my fault for not either being able to or being willing to recognize it. I think that I just have this picture in my head of where I thought that video games would go… or where they should be. It's not wrong or bad that my picture is a bit off, and it's very true that I've had some great experiences over the course of this console generation in spite of my cynicism.

At the very least, I can try.

… it’s that games have gone mainstream in a bad way. Once the graphical threshold was hit with the PS2/Xbox it attracted people who weren’t gamers to gaming. So now gaming is lowest of the low brow entertainment. So old middle age men with no dexterity and no intelligence can now “play” any game. Gaming used to be by nerds FOR other nerds, now it caters to the least intelligent among us. The least intelligent can only deal with story and emotion, it can’t deal with challenge, rules, and deep gameplay systems. This is why gameplay is been traded in… Read more »

You are spot on with your comments and thoughts. The same thing has happened to professional sports. “Transparency” or money talk dominates the scene. Nobody talks about players they talk about contracts and player value. Gaming is the same way now, everybody justifies and defends peoples practices because we are all talking about money. We talk about freemium games, DLC, and pricing of the next game. We talk about publishers and everything but the game. I’ve been gaming since the 80’s and there was a time when all you needed to know was Nintendo or Sega and then things got… Read more »

First off my rant. Games at one point time and time were made by and for gamers with a good bit of shovel ware fillers. Now adays they are made as shovel ware fillers. Mechanics and content is wanked off and mopped up off the floor and then sent out to be sold. As prices go up and playable content(replaying a game to to change play styles dose not count) goes down. It seems games that aim for the B+-AAA shelf more and more of the good stuff is left on the floor. I am getting sick of the politics… Read more »

Like anything in life, its about taking time to stop and smell the roses. Sadly Twitter and most social media isn’t the place to reinforce positivity in anyone’s life. Spend less time on twitter and more time with like minded friends and family.