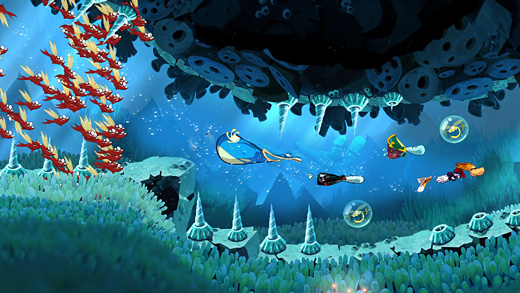 It's interesting to read a prediction from Strategy Analytics that more than 12 million Vita units are expected to sell worldwide in 2012. That's a pretty lofty number for one year, especially considering weak sales in Japan and that we're still in the launch window in other territories this week.

The prediction comes with one caveat, however: There needs to be a price cut for the Vita this year, probably in Q4.

This prediction is null and void based on the assumption that Sony will follow Nintendo's lead and slash prices within six months. It's understandable that analysts believe substantial price cuts will drive sales, but consider these factors:

First, the platform is barely two months old in Japan, and two days old in other places. Without firm launch sales data to begin to draw analysis from, this prediction is making the assumption that Vita will stumble out of the gate. We don't know what sales expectations are, especially considering the target demographic for Vita at this point. With money still out there in the form of core consumers, it's possible that steady sales from that group can sustain Vita for some time. Here in the United States alone, over 20 million PlayStation 3 units have been sold. If 1 out of every 5 PlayStation 3 owners decides to take the Vita plunge in 2012, that projects to 4 million units. It's not an unrealistic goal for Sony to achieve in the first year before a price drop occurs.

Second, there's concern that Sony may not be able to afford dropping $50-$80 off of the the Vita price tag. We saw Sony's Q3 financials, and they were not pretty. Kaz Hirai has his work cut out for him, and it's fair to argue that slashing Vita pricing would only serve to make his job tougher. Can Hirai justify deeper short-term losses to build an install base for Vita? That's a tough sell, especially when it's expected that a drop for the PlayStation 3 is coming later this year to try and stem declining console hardware sales.

Third, there are no guarantees that Sony can replicate Nintendo's success with the 3DS by quickly dropping Vita prices. Nintendo had to deal with negative press and perception after its 3DS price drop as early adopters felt slighted, and similar bad feelings would likely be seen with the Vita as well. The gamble paid off as sales soared, but it can also be argued that the arrival of key software (in the form of Mario titles in Q4) propelled 3DS sales to the heights that they reached. Once the allure of new software subsided, however, we saw sales in January for the 3DS take a nosedive to a level below 175,000 units.

I'm not sure if the analyst here threw these numbers out to prove a point to Sony, or whether he's extrapolating based on currently available data, but making predictions based on a variable that's far from certain makes no sense. As I've mentioned before, it's vital that we give Vita fair time on the market and attempt to read and identify trends over that time instead of forcing analysis and making comparisons that may or may not verify. Even one month of raw data can give us a point of reference, compared to 3DS launch numbers 11 months ago, and we can begin to draw some conclusions then.