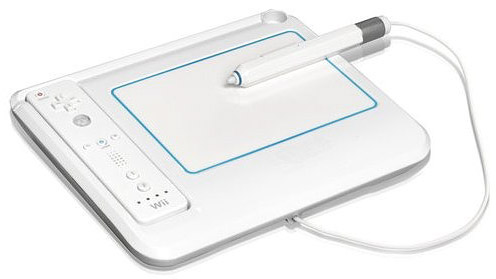 After a weekend rife with rumors and denials, eyes should be on THQ this week to see whether any fallout results from the currently unsubstantiated turmoil.

Here's a basic rundown of what happened:

Late Saturday night, Kevin Dent posted a series of tweets discussing some things that he's heard about THQ. As I consider Mr. Dent to be quite reliable, I retweeted him and mentioned both on Twitter and Google+ that the situation may bear watching but required confirmation before any major concern occurred. That was the last I thought about it and figured that confirmations or denials would hit next week.

On Sunday, however, the situation had blown up courtesy of the NeoGAF message board. There was further speculation about THQ's financials, as well as a rumor that layoffs could be imminent. The rumors spread across gaming press like wildfire. One site even sourced me, which was surprising. As the day went on and THQ remained relatively quiet, fear of a silent confirmation began to grow. An air of negativity began to take hold, despite some lesser denials. THQ issued an official denial of the rumors late Sunday night, attempting to calm the waters and restore some confidence in the publisher's outlook.

Here's my take on the situation, currently:

THQ's denial is a positive step, but there's still the possibility of fallout from shaken investor confidence this week. Markets are closed today, but Tuesday will be a key day for the publisher's stock. At the closing bell on January 13th, THQ stock was valued at $0.66 per share. It had been as low as $0.65 earlier in the session. Another major dip in stock values is a legitimate possibility, especially if investors got wind of this weekend's events. In spite of THQ's denial and attempt to stem the negative tide, it's impossible to ignore that stock values are again hovering near 52-week lows and that the stock has been valued at less than $1 since December 7th, 2011. The spectre of disappointing earnings thanks to uDraw still hangs over the company, too.

As THQ pointed out in its denial statement, software sales for the publisher were higher in 2011 (+18%) than in 2010. Only Bethesda and Warner Bros. Interactive posted better 2011 versus 2010 comparisons. While Saints Row: The Third did fall off of the NPD Top 10 chart for December, THQ did have a decent month overall. These are positive signs, but it remains to be seen if they'll be positive enough.

At this point, it's too soon to throw dirt on THQ's grave. I believe that close observation of THQ's stock value is warranted, however, as well as keeping the possibility open of hearing about some project cancellations moving forward. Even if the situation isn't as dire as rumors seemed to indicate, the publisher still has some work to do in order to find its way out of the woods. For now, unless THQ brass reverses course and makes a surprise announcement this week, the rumors should be set aside and a "wait and see" attitude should be adopted.