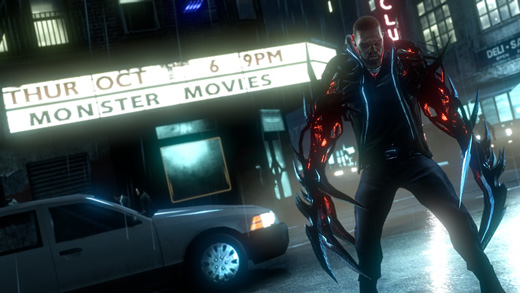 Between Sega Europe's painful restructuring and Activision's dismantling of Radical Entertainment, this past week has been another one of those weeks that we'd rather forget. It's always unfortunate when people lose their jobs, and downsizing doesn't often instill confidence that the affected industry is moving in the right direction. These moves are a continuation of the state of correction that the video game industry is in—especially in the console sector. The market is shrinking, and not enough money is being made to keep moves like these from occurring.

I know that when I remark that events like these aren't surprising or that the market is shrinking, many people react quickly and negatively to my observations. "Stop with the doom and gloom" or "Things aren't as bad as you claim" are popular responses. I don't make these observations to earn praise, and I know that very few gaming fans like hearing these things. I'm simply calling things as I see them, and there isn't a whole lot of good news out there to talk about.

The console sector has had an amazing run, especially since the PlayStation era began. The consumer base had steadily grown before the Wii took the market by storm and sold tons. A lot of studios saw success and expanded before we saw the opposite begin to happen during this console generation. These runs of success don't last forever, and consumers are finding other entertainment options. Consoles are no longer the undisputed gaming platforms. Consumers are splintering into other areas, like PC, mobile, and social methods of gaming. Most consumers who wanted consoles have them now, as it's been 6-7 years since the current generation of consoles was introduced… and at least some of those consumers are moving on. Perhaps it's partially because of stagnation due to an anomalously long console cycle. Maybe the economy forced a change in spending priorities as consumers got older. It's possible that the time isn't there anymore for some consumers to play video games like they once did.

The correction in the console market feels much more painful because it's coming down off of a huge period of sales. Nearly 40 million Wii units have sold since November of 2006 in the United States alone. Another 55 million combined Xbox 360 and PlayStation 3 units have sold over the course of this console generation. That's an awful lot of hardware. It was a boom period for the first half of the console generation before things began to recede… and now, we're seeing sales decline to levels similar to 2004-05 when the previous generation was running out of steam. Perhaps we see a significant resurgence in sales when Gen4 really gets going sometime in the next 12-18 months, but there's no guarantee.

I'm not going to come out and say that the console sector is dying. I know that might be your gut reaction to what you're reading, but it's not my point. I firmly believe that there is a solid nucleus of consumers in place to support Gen4 and that at least some profits are out there for the taking. I don't expect console sales to fall off a cliff in Gen4, but I also think that it's unreasonable to assume that another 100 million consoles will sell in the US when we tabulate Gen4 data in another 7 years. Unfortunately, since the bar is set so high, there's going to be disappointment from investors and analysts when consoles don't set records for another generation. There's the possibility that investors pull back and, with the focus being on "AAAA blockbusters", more studios and companies could face restructuring and/or closure over the next couple of years. A shrinking market—and declining sales—can't support projections of 5 million units sold as a success. Not anymore.

I understand that many of you want to hold onto the idea that Gen4 hardware will reinvigorate the market and that trends will turn around. Several industry people that I have great respect for have cited this reasoning repeatedly. I believe that is a possibility and could very well happen; however, I personally am not convinced that the solution to ending this correction period is that simple. Many different variables come into play. How much will Gen4 hardware be? Will software prices rise again to offset expected rises in development costs? How will digital distribution expand? Will the economy find a foothold and begin to rise with confidence, or will a double-dip recession occur at the worst possible time for the console sector? As these puzzle pieces fall into place, I'll feel more confident in my own outlook or may start shifting my line of thinking in a different direction.

For right now, based on the data and trends that are available, I see no reason to change my thought process. More studio closures are possible to likely in the next 12 months, and I expect YOY sales comparisons to remain moderately negative for the balance of 2012.

There are many different aspects to it, I think the economy is an overplayed excuse due to the fact there have been a couple of solid years since the 2008 downturn, plus the economy is actually beginning to turn around. I personally think the there are two issues going, first off COD and Battlefield have dominated the console market to the serious detriment of all other titles. There are simply too many gamers out there that basically buy these games (and possibly Madden) and play nothing but multiplayer for half the year to the exclusion of EVERYTHING ELSE. They are… Read more »

Time. Exactly the reason why I don’t buy many games these days. At 31 years old, there are too many other responsibilities. In fact, before buying Lollipop Chainsaw, I think the last game that I purchased was Battlefield 3. Yikes.