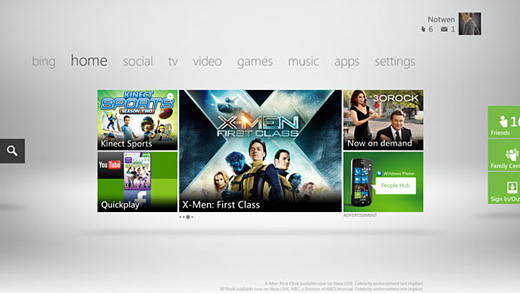 Note: This analysis is based on publicly available or shared NPD data as of 11:55pm EST on February 9th, 2012. Some data has been extrapolated and may be changed according to decisions of businesses to share their results with the press. Not all NPD data is made available to the public.

At first glance, the preliminary NPD sales data that has been shared with the public for January 2012 incite fear and panic. Sales fell from $1.14 billion in January 2011 to $750.6 million in January 2012. That's a stunning 34% Year-over-year (YOY) drop and is the lowest number since 2004. Sales of accessories were down 18%, but hardware and software both posted declines of 38% over last year. The figures were so dreadful that Wedbush Securities analyst Michael Pachter wondered about the integrity of the data, in comments to Mike Snider from USA Today:

"It also makes no sense that sales are below the level from 2004, when games were cheaper and the installed base of consoles was much lower… I don't know if NPD is getting faulty data, but these numbers make no sense."

Before addressing whether there's cause for alarm, let's look at a few other findings and extrapolations from the available NPD data:

All of the evidence here looks damning. The decline in Xbox 360 hardware sales is steeper than anyone thought it would be, and the extrapolated numbers for the Wii and PlayStation 3 are even more. The decline in residual sales stings because the quality and quantity of sales in the Q4 2011 slate were arguably strong enough to stimulate post-holiday sales. 38% declines in hardware and software sales indicate that consumer interest waned considerably at retail and extends to a second straight month of steep YOY declines in hardware (-26% in December).

The key factor that bears consideration here is the fact that new software releases in January were sparse, if at all. Soul Calibur V and Final Fantasy XIII-2 hit stores after the January NPD reporting period had closed, and those were the two January highlights. Without new software to drive consumer interest, declines are bound to occur. We saw this in August of last year, when Madden NFL 12 was delayed and wound up missing the NPD reporting window. YOY console hardware sales were off by 20% and YOY console software sales were off by 40%. Deus Ex: Human Revolution was the only notable new software release that month.

We're looking at a repeat in analyzing January 2012 numbers, and the problem is exacerbated by tighter consumer spending after the holiday season. There was nothing to drive sales at all. No price cuts, no new games of note.

Just like August, though, we have new software title launches that leak into the following month. February could be similar to last September, when software sales rebounded to positive YOY territory thanks to late releases from the previous month and a solid slate of releases during the current month. We also have a new hardware platform launch in February with the PlayStation Vita, as well as temporary price cuts for the 3DS at select retail chains. All signs point to a stronger February with these factors in place, which should ease some of the panic and concern out there right now.

It's too early to panic. I do agree that price cuts are going to have to come if hardware sales continue to slow, but there is still a fair amount of life left in this generation of consoles. New software is coming, including an impressive gauntlet of games in the next 60 days. Consumer spending may loosen up a little with incoming tax refunds and as unemployment is starting to show signs of improvement. There are still challenges ahead, such as the possibility of current-generation console install base saturation, but it's advisable to hold severe reaction until after the end of Q1.