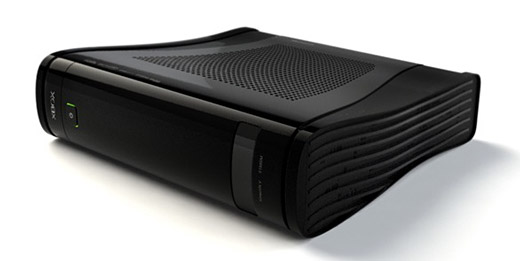 Let me preface today's column by asking you to read this Kotaku article, if you haven't already. The article contains the first mention of Microsoft's next platform potentially locking out used games.

There's a lot of mixed reaction to this rather juicy rumor. Opponents of the economy and culture of used games are obviously cheering the rumor. This would be a crucial turning point in the console gaming industry's fight against used games and would put retailers of these products on the defensive. There is also a fair amount of vocal criticism of the rumor, with promises to not buy Microsoft's new console or perhaps drop out of the next console generation altogether.

The decision to lock out used games would be a major gamble for Microsoft to make. While the decision would likely be cheered by the industry, the possibility of fewer consumers and doing irreparable harm to relationships with retail partners has serious implications. Consumers have been buying used games for decades, and removing the ability to borrow a game from a friend or buying a game in any condition other than new could be a quick turn-off for many other than the most loyal core users. Slamming the door on alternate revenue streams for GameStop, Best Buy, and other retailers that deal with used product may earn Microsoft a closed door for sales of its new hardware and software. (There is precedent for such a move; several retailers declined to carry Sega's Saturn platform in 1995 after an early release was granted for a few select chains.)

It should be understood that growth in the digital market may provide some support to put a padlock on used games for the next console generation. While digital distribution won't completely take over as the primary delivery vehicle for games on the new platforms from Microsoft and Sony, it's clear that digital is the direction that the industry wants to head in. Cost savings can be had be doing away with disc printing, packaging, shipping, and cuts for retail marketing. Logistics for street dates would no longer be as challenging, as uploads of files to Xbox Live and the PlayStation Network take less time than shipping product to retail warehouses for delivery to individual stores. Lastly, digital products mean that the likely end to the used game market, which is something that the industry has targeted for some time. Any "trade-in" programs would have to be negotiated through Sony and Microsoft, and would probably include at least a portion of that resale revenue going to publishers. If more games are digital, which we will likely see starting with the next generation, there won't be any used games—and hence, the topic of locking out used games will become moot.

The argument makes sense, but I don't buy the rumor at this point. With the industry in correction after the Wii boom, taking such a risk to appease publishers and try to make some extra revenue is unwise at this time. Alienating some of your consumer base and your retail partners adds unnecessary challenges to an already uncertain situation. Mass market consumers will have other gaming options if they decide not to buy into Microsoft's vision, thanks to the rise in iOS and Android device usage. Core consumers, the key group for success in the next generation, could decide to spend money elsewhere. Lastly, if Sony and Nintendo don't follow suit, Microsoft would be at a distinct disadvantage. Being the only platform that doesn't support used games will likely make it look like a questionable purchase at best, even with Microsoft's success this past generation and despite any other hardware advantages it may have.

I think that we'll find out what's really going on during E3 in June. For now, I'm only giving this rumor a 15% chance of verifying. I think that it's something that may be in consideration, but the risks outweigh the potential advantages. Online passes will more likely grow in use, to continue to offset the argued loss of revenue in the used games market… but unless Sony, Nintendo, and Microsoft all band together to lock out used games, Microsoft stands to lose more than it gains by taking a stand like this with its new platform.

I live in Barbados and I have been gaming for well nigh 30 years. Where a game costs $60 US in America, a game costs $210 Bds (1US=2Bds). I know that Barbados has a population that is much smaller than maybe all the US boroughs, but we have a really strong and vibrant gaming community here. If you look at the cost factor, many people here simply cannot afford the cost of a new game. I tend to buy my games new, and where I can I try to get friends who are traveling to bring a game or two… Read more »

crackerjack: I would say you don’t understand why the Xbox is selling in the states because you believe that Halo isn’t the system seller it used to be. I would argue that Halo is one reason WHY the 360 sells as well as it does. Same with Gears of War. Both games have online multi-player capabilities that you do not see in PS3 games. How many 4 player co-op games are there on the PS3? Why is Uncharted 2 and 3 limited to 3 players in co-op? I think Epic is pretty happy with the results they’ve had on one… Read more »

Steam… The only remaining big PC centered publisher today (and once in while Blizzard). Successful not despite of and presumably not entirely because they locked out used games, but i guess it helped them. Origin and Live are not copying their services in some ways for no reason. It won’t hurt MS neither if they do it right. I don’t believe that MS is able and is going to mimic steam, though i would not be surprised if they did announce it or much rather make a slow transition. Since passes seem to be successful i wonder if this would… Read more »

Hi Peter, I’m with you here. With no more information, I don’t buy those rumors I think if Microsoft intends to keep the same appeal to core gamers as the 360 did, this move would be suicide and give a lot of users the incentive to jump (back?) to Sony. I know that my local game store refuses to sell PSP go for this reason, and would discourage any client to buy one. This move would give too much leverage to the competition. The only way I can imagine this to be possible is if 1. there is an hidden… Read more »