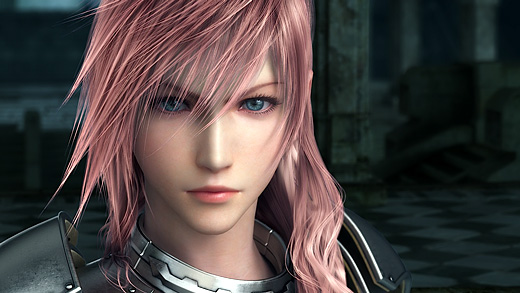 In a way, it's good to see that there hasn't been the reaction to February's NPD data that I anticipated. On the flip side, February was another month of deep Year-over-year (YOY) negatives and presents questions to me about just how long the current console cycle can remain viable.

Here are the numbers that leap out at me:

I knew that February 2010 was going to be tough to match for hardware, but Xbox 360 unit sales declined by 110,000 units (-21% YOY)—and that platform is your current frontrunner. PlayStation 3 YOY unit sales were slightly better (-13% YOY), but we're still looking at a double-digit decline. Add these disappointing trends to the Wii's run to obsolescence, and I think that you've got at least early signs of either saturation or declining levels of interest. Hopefully it's the former and that new hardware will re-energize consumers, but that's far from a given.

Weakness in software is what concerns me a bit more. 3 million fewer units of software sold in February 2012 versus a year prior. That's a decline of $140 million. It wasn't like there wasn't software to choose from, either. Obviously there wasn't a Marvel vs. Capcom 3 kind of big seller last month, but no IP moved much more than 400,000 units—and that was Modern Warfare 3. Final Fantasy XIII-2, the #2 best-selling combined release in the February reporting cycle, barely mustered 350,000 units sold. Compare this with February 2011, when Marvel vs. Capcom 3 moved just shy of 800,000 units combined and four other titles all exceeded the 400,000 benchmark. It's not a pretty comparison.

This month is already showing potential, with Mass Effect 3 well on its way to breaking a million units… but what else gets close? Mass Effect 3 sales will fill the 2.5 million unit gap left by not having a Pokemon release this March, but where this month's Homefront? Where's this month's Dragon Age II? I don't know if I see them. That should lead to lowered sales projections for March and should continue the trend of YOY negatives for yet another month.

Frankly, while I understand why Sony and Microsoft don't publicly want to address anything past the PlayStation 3 and Xbox 360, this console generation will continue to see lower revenues and weaker unit sales whether new hardware is announced or not. It's been 5-6 years now. Most consumers who want one of the available platforms have already bought one, and sales of games in even the most established IPs like Final Fantasy and Soul Calibur are flagging. If something isn't done to shake things up and renew consumer interest, this period of correction that we've been experiencing thanks to the Wii bubble deflating is going to translate into permanent damage in terms of lost consumers and lost revenue.

Before jumping completely on the "time for new consoles" bandwagon, I'll wait and see how March fares. If YOY declines continue to be in the 15-20% range (or worse), then I think it's time to stop being coy about new platforms. If we see better sales in March, then I'll be willing to back off a little bit and give more time.

We will see next month.

Well said, kidfortoday. I for one would love to see a new videogame crash. Of course it’s never going to be as pathetic as the original in 1983 (I don’t expect Capcom to have to resort to bury unsold copies of Resident Evil 6…), but I think the industry deserves some kind of punishment. I suspect more and more people are becoming sick of all these glorified interactive movies that pass as videogames nowadays. The excessive attention to graphics and online-multiplayer at the expense of AI and gameplay has made me hate the current generation of consoles with a passion.… Read more »

I don’t understand why you sound so worried in these articles honestly. I’m not at all an expert in economical matters so I’m not disputing the correctness of your analysis and predictions, but I think that one thing the videogame community needs is to scale back its attention to money and numbers. Videogames’ original sin is, in my opinion, the fact that they were born, unlike any other medium, in a time of full scale consumerism, and they’re always been commercial products first and only then, maybe, works of art or whatever it is we want to call them. I’m… Read more »