Software sales were the highlight of November's NPD report. Strong Year Over Year (YOY) comparisons were the result of one of the strongest months of software releases in recent memory. Residual success for October releases like Batman: Arkham City and Battlefield 3 were complemented by a battery of AAA releases like The Elder Scrolls V: Skyrim, Assassin's Creed: Revelations, Saint's Row: The Third, and Call of Duty: Modern Warfare 3.

Initial thinking was that software sales strength could carry over to December with three solid weeks of sales to fill, but the numbers painted a very different story. A 6% decline in unit sales for the month of December versus the same period in 2010 was the result, with a steeper loss in terms of dollars spent. The poor month also sent the year 2011 into the red (-1%) overall.

At first glance, as with hardware, it's easy to step back and assume that the industry is in trouble. Negative numbers obviously aren't good news. It's important to take a step back, however, and look inside the numbers. Software sales for the Xbox 360 and PlayStation 3 were both up YOY in December. Wii software sales were down, which is predictable. Looking at 2011 as a whole, the same trends apply with strong growth in the Xbox 360 software market (over 20%), lesser strength in the PlayStation 3 software market (over 6%), and weakness in the Wii market.

This is a market shift. Consumers seem to be going one of two ways:

The Wii bubble was bound to deflate, and that's exactly what 2011 has been. It's not feasible for the industry to sustain such lofty sales numbers now that the Wii's best days are behind it.

Having said all of that, there's one thing that makes the December NPD chart very interesting: Just Dance 3 for the Wii annihilated the competition at retail, selling nearly 800,000 more copies than its closest individual SKU competitor (Modern Warfare 3 for the Xbox 360). That's shocking, especially considering that Just Dance 3 was released in early October and had already moved a million units on the Wii in November alone. This shows me that Wii usage is still strong, but there's less demand for the console. Admittedly, 2011 wasn't a banner year for Wii software releases, either. There wasn't much to get consumers enthusiastic about the Wii. This can happen when a successor is close at hand, but it's wise to note that if good games in familiar franchises are delivered for the Wii, they can still sell to a significant installed consumer base. 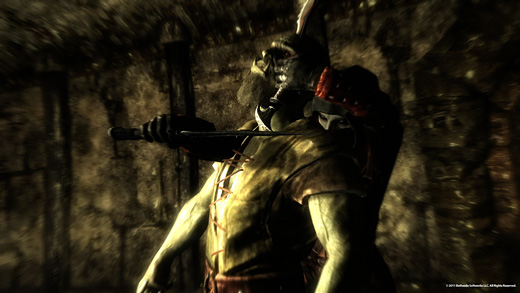 There's not much to say that hasn't already been said about Modern Warfare 3. The Call of Duty IP is showing no signs of slowing down, although sales were down significantly in December as compared to the launch in November. 3 million combined units sold between Xbox 360 and PlayStation 3 isn't bad, but the drop was more than 50% from over 8 million combined in November. We did see a similar drop last year with Black Ops, so it's not unusual. It will be interesting to see how planned DLC releases affect Modern Warfare 3 sales moving forward.

When two Mario titles for one platform are on the software chart, connecting the dots is easy to figure out why the 3DS was the second best-selling platform in December. The two games combined to sell two million units. Sales of Super Mario 3D Land shot up over 40% from its opening month and Mario Kart 7 raced out to a debut of well over a million units. 3DS software marketshare also shot up from nearly 3% in November to nearly 7% in December. That's one impressive leap. I expect this number to continue to rise in 2011, albeit more slowly, with more consistency in software releases on the way.

It will be interesting to see how YOY comparisons fare for 2012 versus 2011. The industry has steadily been sliding for a couple of years now, and with the bar continually set lower, it's hoped that the bottom can be reached. There's still a year of life left in the HD console market, at least, and I believe that software sales will be counted upon to lead the industry this year. The releases of the PlayStation Vita in February and the Wii U sometime in the second half of the year are wild cards and can't be counted upon to boost hardware sales higher.

Overall, I am projecting somewhere around a 5% decline for hardware sales in 2012 versus 2011 and a flat to slightly positive improvement for software sales. I believe that the Xbox 360 peaked in 2011 and that it will be very challenging for the platform to maintain its torrid sales pace this year. Combine that with Wii sales continuing their slide, and I don't think that Vita and Wii U can make enough of a difference. Software sales could see a bump given fewer consoles sold, clearing the way for more games sold.

That does it for another month, and another year. 2011 was a successful year in many ways, and even if the industry isn't able to pull the anomalously high sales figures that it has in previous years, there is still success to be found. You just have to look at the numbers to see it.