I died a lot while playing Furi.

Over and over again, I was killed by the game’s ten increasingly-difficult bosses. Frustration welled up, but with each death I became stronger. I became better. I learned the patterns for each boss, my reflexes improved, and I became more adept with the moveset.

Part action game, and part bullet-hell twin-stick shooter, Furi is a title made entirely of boss battles. Defeat one and move onto the next, and then the next. The quiet interludes between them offer time to decompress, and are also where much of the sparse story is conveyed to the mute, ponytailed protagonist.

Imprisoned for unknown reasons, this super-powered figure must break out and defeat each of his captors one by one. Over time, the nature of his weird psychedelic prison is gradually revealed, but the objective remains the same—kill them all.

Furi’s art direction is distinct and that owes itself mainly to character designs contributed by Afro Samurai artist Takashi Okazaki, billed as one of the game’s main selling points by developer The Game Bakers. Whether this art style is appealing depends on the player, but I found the project’s strengths lay in its tight-but-simple controls and the increasingly demanding mechanics introduced by each new boss.

Furi’s protagonist, known only as Rider, has four tools at his disposal. First is a melee sword attack which is directed with the left stick and can be charged to do more damage. Manage to land a fully charged attack and the boss is opened up to a scripted combo for more damage. Rider can also perform a short-range teleport dodge, chargeable to increase the teleport distance.

Rider also has a parry which will regenerate some health, and if perfectly timed will again open the boss up for a combo. Finally, our hero has a handy laser pistol which is chargeable for extra damage. All chargeable moves risk the character standing still for a potentially greater damage payoff, and offer a surprising variety of moment to moment choices considering the otherwise-limited moveset.

Generally, each boss has three or more stages of health represented on screen as pips underneath their health bar. Get the boss’s health down and the camera zooms into ‘close combat’ mode where movement is restricted to a small circular arena, adding another twist to the fights. There’s some complexity to Furi’s health regain system during combat that’s too much inside baseball to get into here, but while it’s frustrating at times, it also allows for exciting comebacks.

The patterns for each boss are different but built on similar sets of mechanics, so there are rarely any frustrating surprises, but perhaps my favorite aspect of Furi is the variety of approaches the player can take for each encounter. I favored using parries and never needed to rely on the charged melee attacks or teleports, but other players might prefer dodging and timing charged attacks for their playthrough. It’s a strength that such a focused game can offer this much depth.

My only major knock against Furi is having to repeat tedious bullet hell sequences during some matches, but otherwise I enjoyed the physicality of the duels. And to my surprise, the story actually comes to a head in a fairly satisfying way at the end. Overall this is a win for The Game Bakers, and I’d recommend Furi to anyone who appreciates demanding (but fair!) action games.Rating: 8 out of 10

Parents: According to the ESRB, this game is rated M and contains violence and strong language. The game is bloodless, but features cartoon violence and some occasional harsh language.

Deaf & Hard of Hearing: Subtitles are on by default and every attack is accompanied by a visual cue. No audio is necessary for successful gameplay.

Remappable Controls: No, this game’s controls are not remappable in any way. 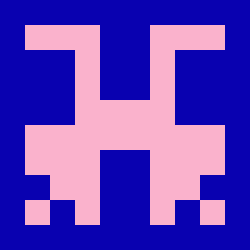 I appreciate that this does not mention Dark Souls at all. Bravo.

Ha, the original version of it did actually do this, but in his wisdom Brad took it out. If anything it feels like a more focused, precise and less forgiving Zone of the Enders, minus the 3D movement.